The other day, speaking at an anti-“Critical Race Theory” rally in Loudoun County (video below), 2021 VA GOP gubernatorial nominee Glenn Youngkin laid out his education “plan” – in air quotes because it’s basically just a bunch of b.s. and “red meat” for his “base.” See below for reporter Brandon Jarvis’ excellent summary of the “plan,” which is as follows (my comments in blue/bold following each item in the “plan”):

All of which brings us to the new WaPo article, which the McAuliffe campaign sent around this afternoon.  According to that article:

In sum, the contrast on education policy between Terry McAuliffe – detailed, realistic, focused on things that would actually improve education – and Glenn Youngkin – vague, unrealistic, focused on cynical/political “red meat” and NOT on things that would actually help Virginia K-12 students better equipped for the 21st century economy. The choice here really couldn’t be any clearer than it is: McAuliffe will build on the progress that’s been made, Youngkin will tear it apart and move Virginia education backwards. Easy choice. 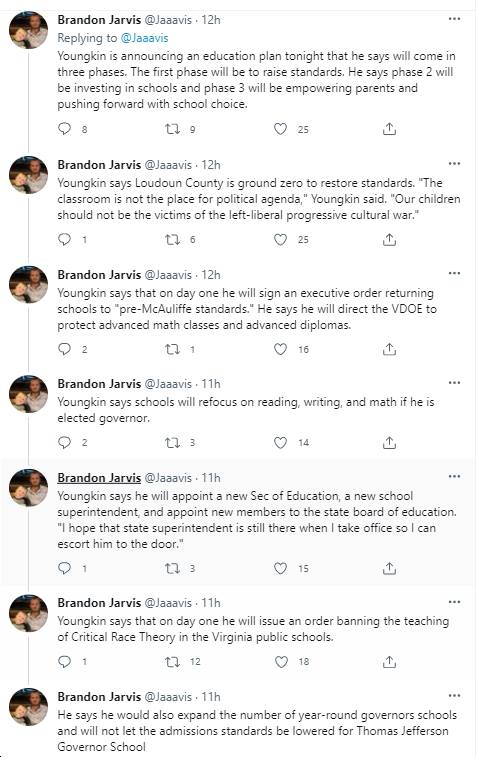