I know it’s shocking to hear, but Republicans recently have been…wait for it…yep, *dishonest* about something. Actually, they’ve been dishonest about *many* things, but in this case, let’s just focus on GOP(Q) dishonesty about inflation – which of course has increased given the massive economic rebound from the sharp COVID-induced recession last year, but isn’t out of control, or “Biden’s fault,” or basically anything Republicans are blathering about.  For an excellent rebuttal of the GOP(Q)’s bullshit, see below for a Twitter thread by  Rep. Don Beyer (D-VA08), who of course also spent decades in the car business. According to Rep. Beyer: 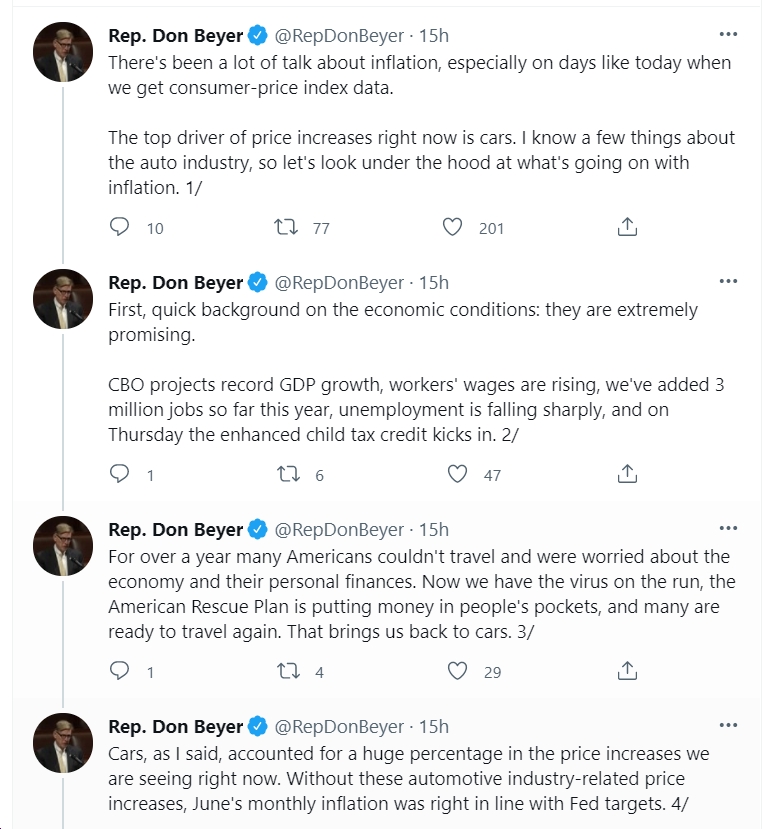 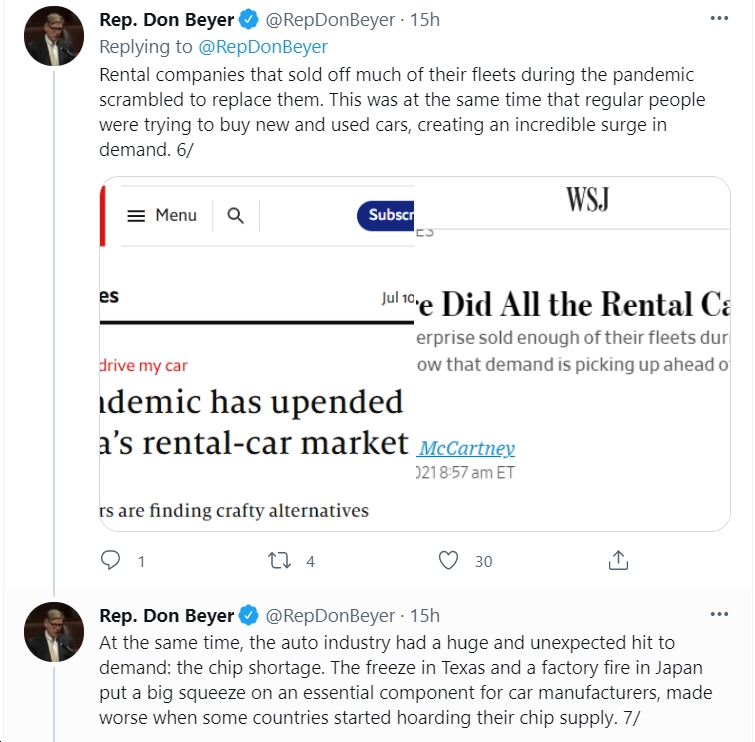 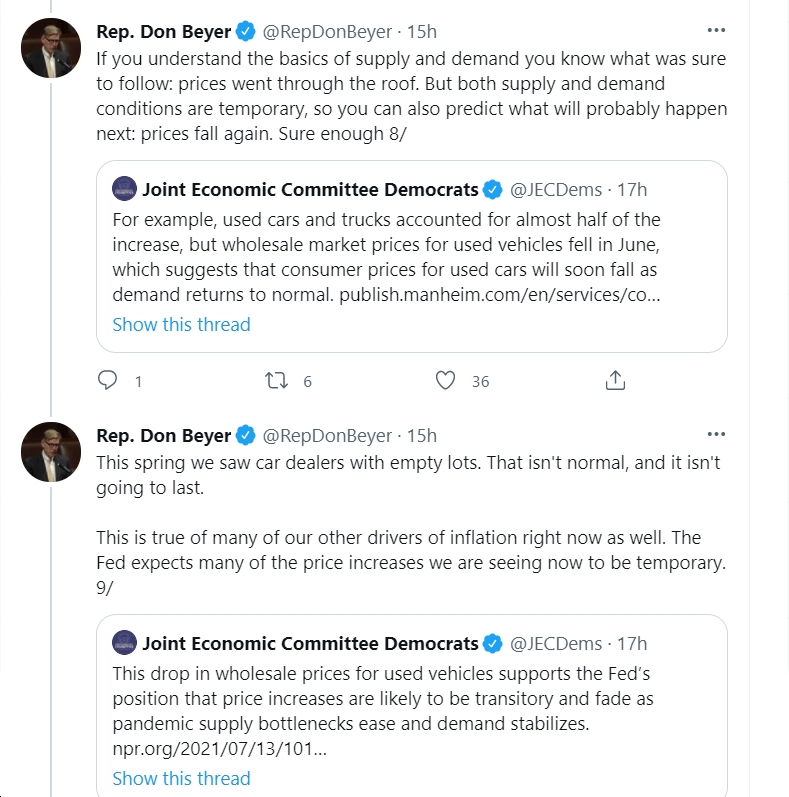 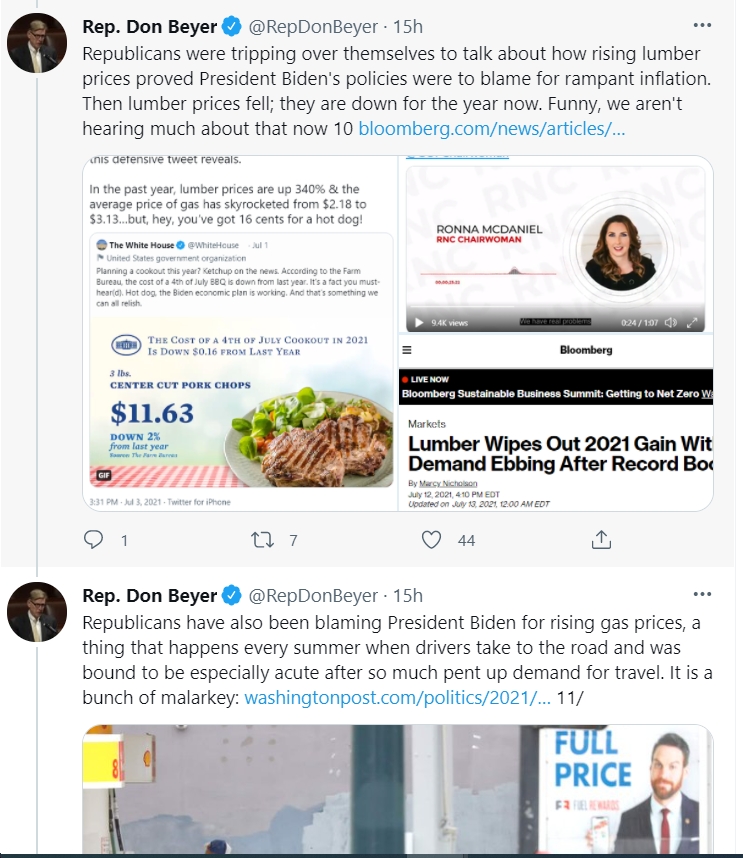 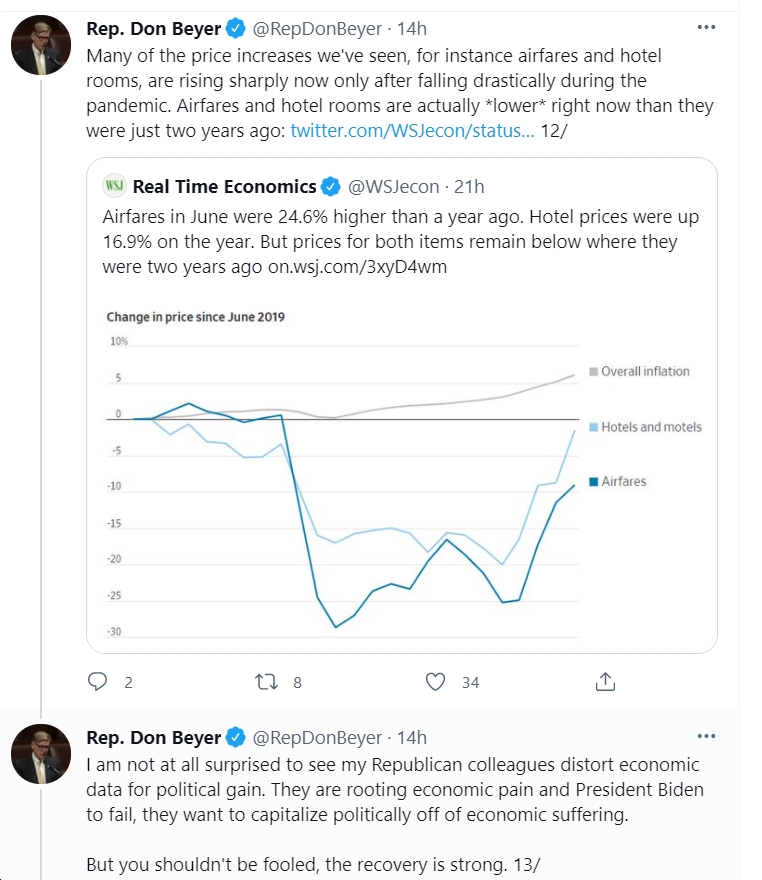 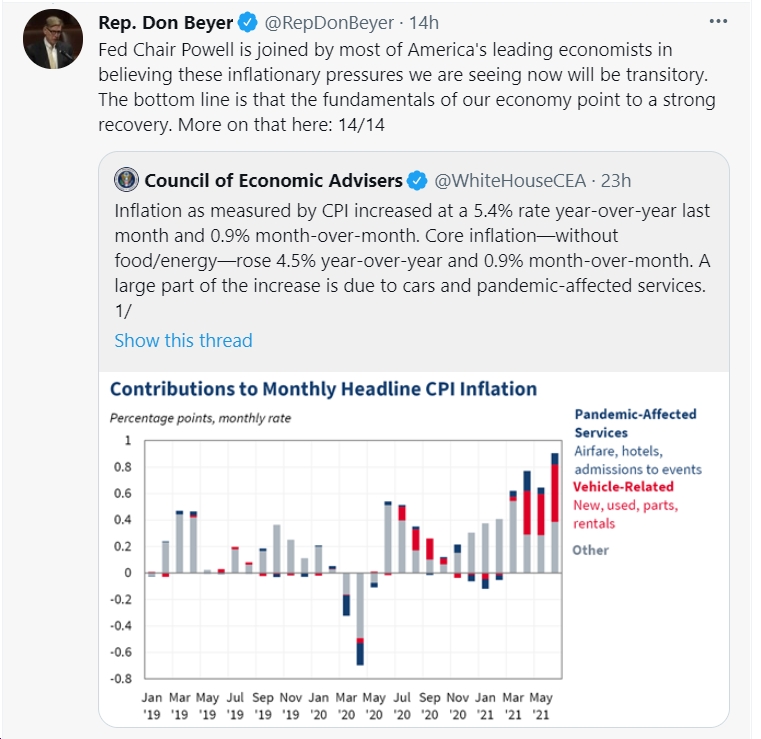 Rep. Don Beyer (D-VA08): “Anti-environment ideologue” Andrew Wheeler “is one of the worst people the Governor-elect could have chosen for this job”