To put it mildly, this has not been a good week for VA GOP 2021 gubernatorial nominee Glenn Youngkin. That includes, of course, the video in which Youngkin “was caught on video admitting that he’s lying to Virginians about his plans to defund Planned Parenthood and ban abortion.” As if that’s not bad enough, Team Youngkin – including the VA GOP – have stepped in it repeatedly, from going after UVA Professor Larry Sabato to yet another tweet from the twice-indicted Florida retiree in support of Youngkin, to Dave Wasserman of the Cook Political Report calling that Trump statement an “in-kind contribution to McAuliffe” and also writing about the Youngkin campaign in general:

“I began the general thinking Youngkin had a decent chance if he ran as a ‘check and balance’ on Richmond and proactively created distance between himself and Trump. But so far, his message has been an incoherent mishmash. Still early, but pretty underwhelming so far.” 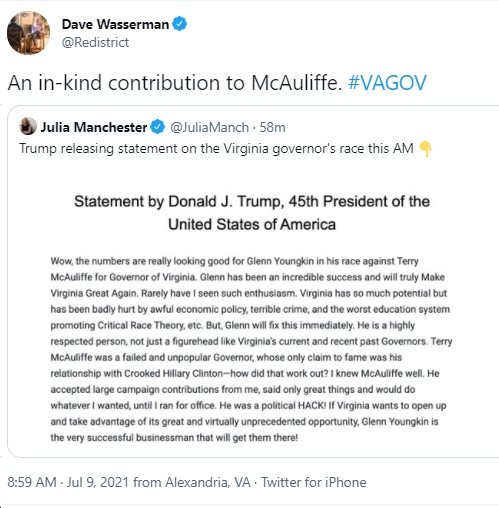 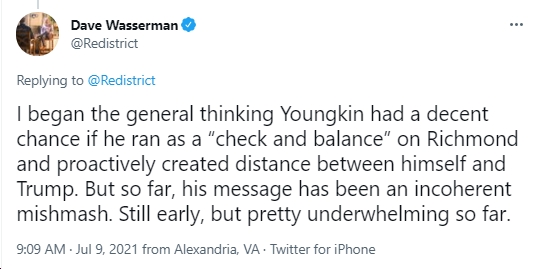 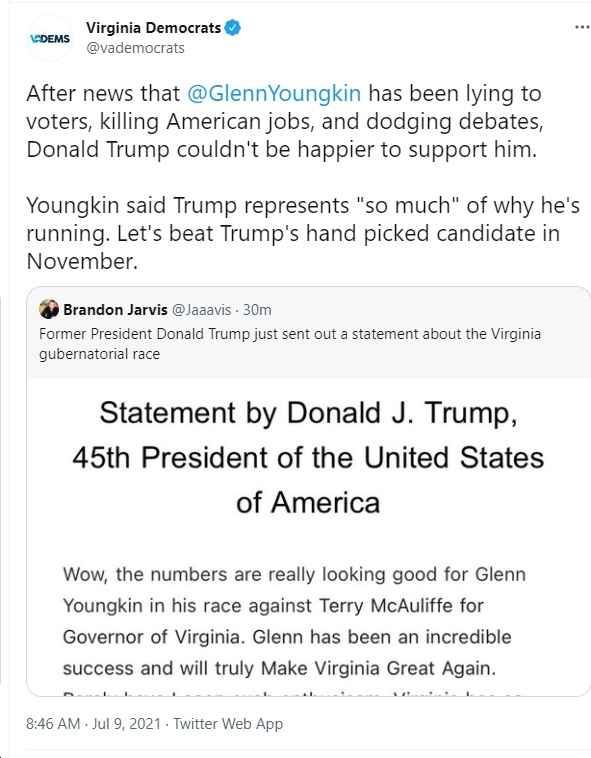 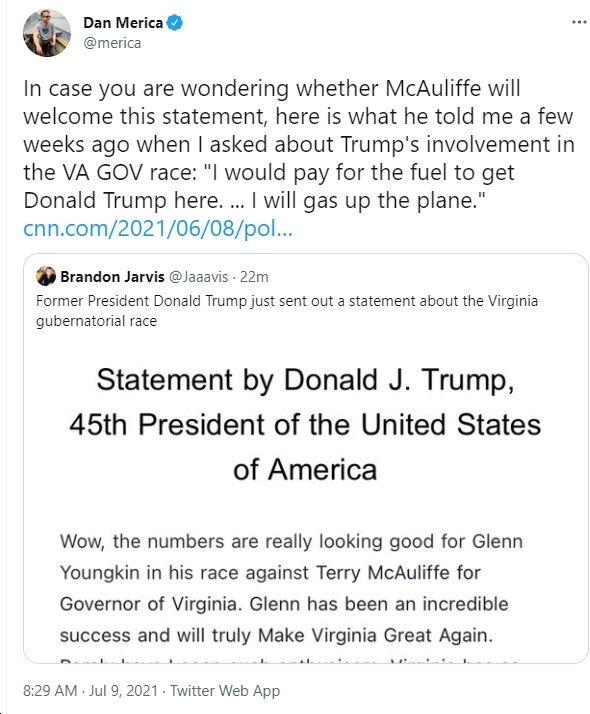 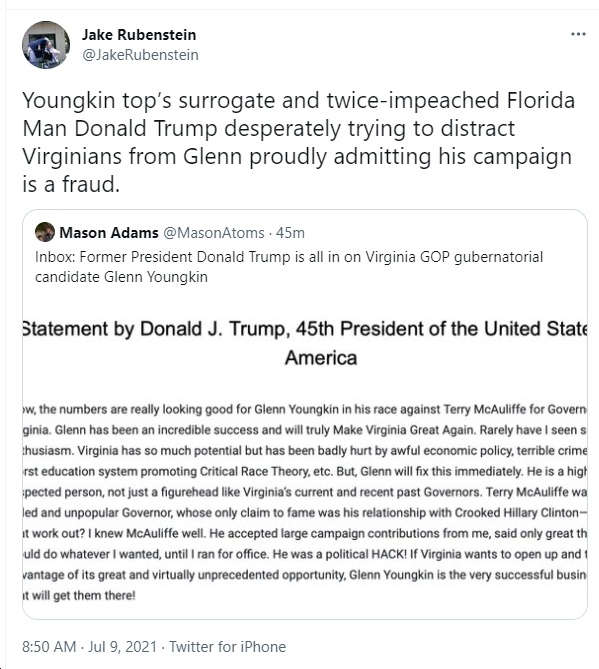 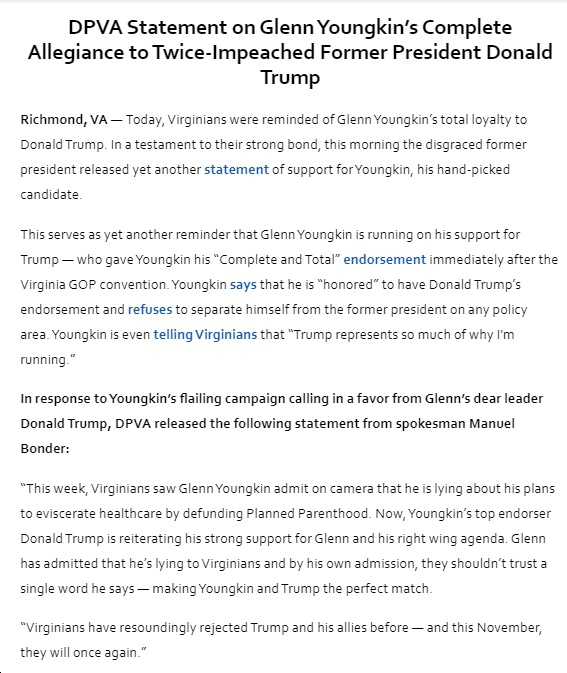 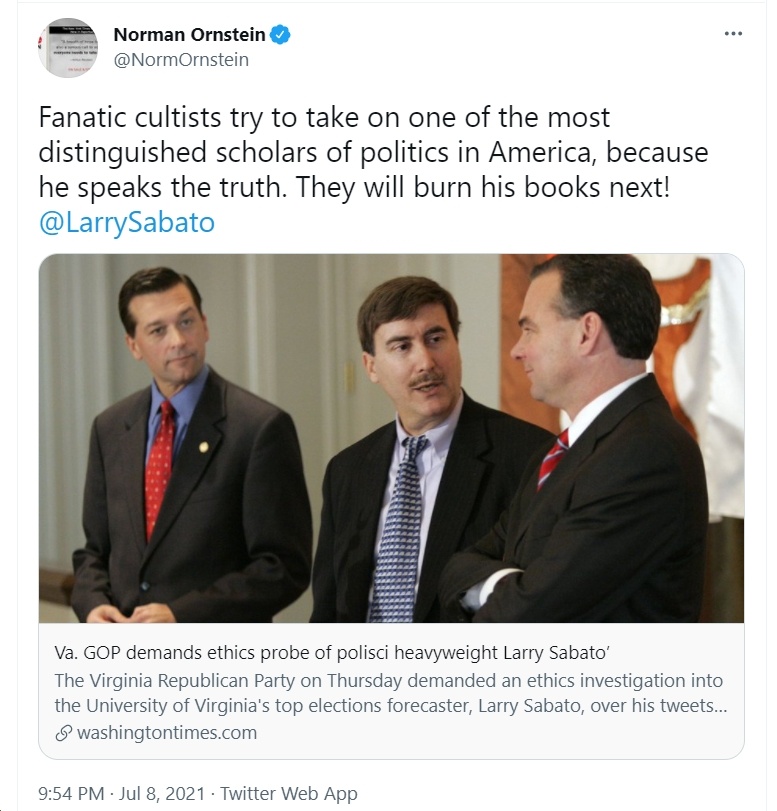 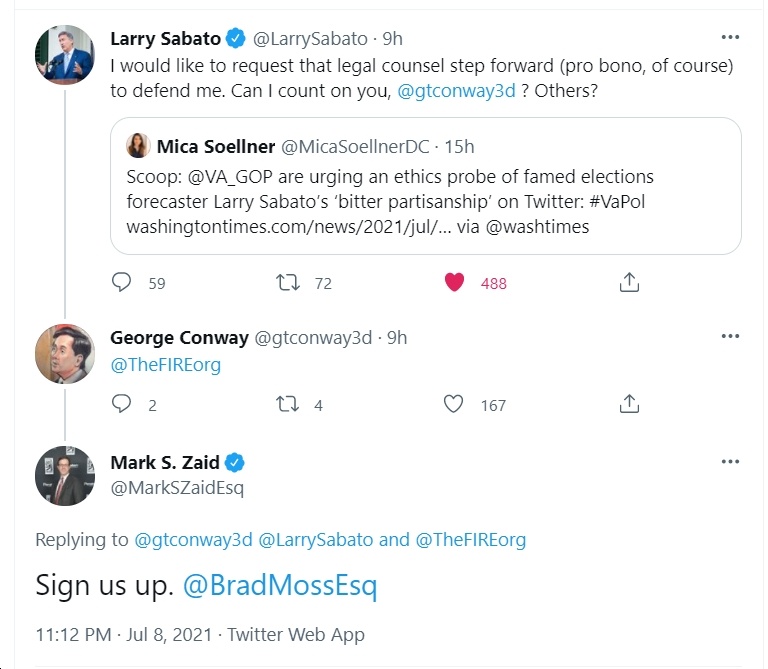 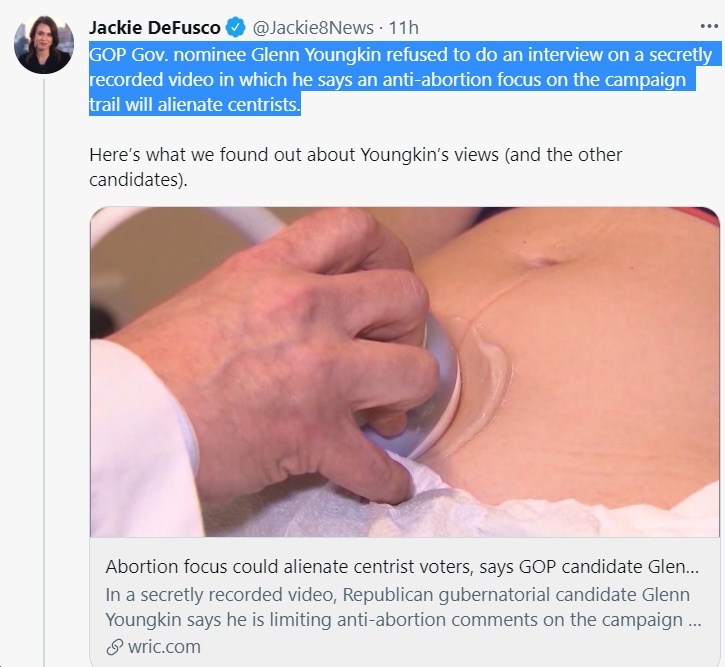