If you’re not watching this, you absolutely should be, as it’s crucially important, also extremely powerful. See below for video, as well as reactions by Virginians, to the police officers’ disturbing testimony about the “terrorists” – as one officer correctly called them – who assaulted our nation’s Capitol, as well as the courageous police officers defending the Capitol, on 1/6/21. And ask yourself, can a political party which tried to prevent an investigation into that insurrection, and which was and still is led by the man (Donald Trump) who more than anyone fomented it, be allowed to EVER hold power in this country (or in Virginia)? The answer, obviously, isn’t just no, but HELL NO. That is, if you care about the U.S. constitution, the rule of law, democracy, etc.

Trying to fathom how low you would have to get to say this was like a “normal tourist visit.” https://t.co/Ot8gf4rEIT

Officer Fanone is a hero, and he is right. It is disgraceful. Proud of him for once again speaking truth to power. He is still hurting from January 6, and none of this is easy. https://t.co/0XrqV7GpH6

GOP leadership is once again gaslighting on the front steps of the U.S. Capitol. They are now actively aiding and abetting Trump’s big lie. Their politically convenient amnesia and failure to defend our democracy will be judged harshly by history.

It is an honor to serve on this committee. I look forward to hearing from our brave law enforcement officers as we begin the work to investigate what happened #January6th. https://t.co/QDwKItQ5Ch

Law enforcement officers are testifying this morning before the bipartisan committee on January 6.

They were beaten with a flagpole, crushed in a door, tased repeatedly.

Our democratic republic owes a great debt to their heroism, and it’s important that they tell their stories.

This is sick. @julie_kelly2 how dare you. Officer Fanone has served as an officer for 20 years including undercover busting drug dealers. He’s a father of 4. He’s a Republican. https://t.co/jMkcHE4uSQ

Every person should be watching the committee testimony happening right now. These Officers are the best of America. The trauma of our heroes should not be forgotten

We must use big data, professional analysis & ground intelligence#SelectCommittee 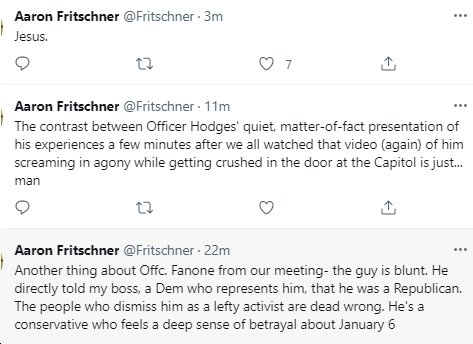 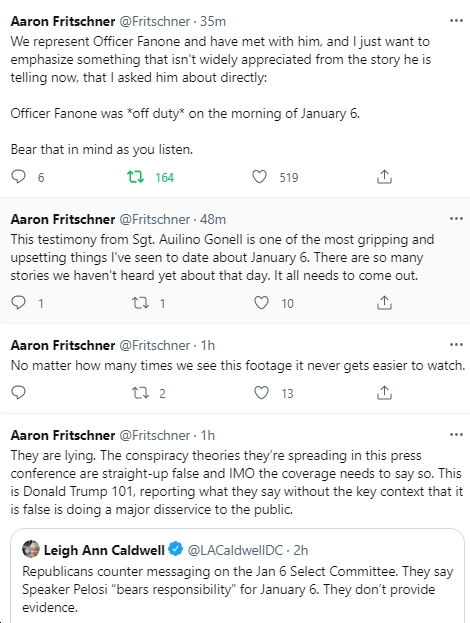 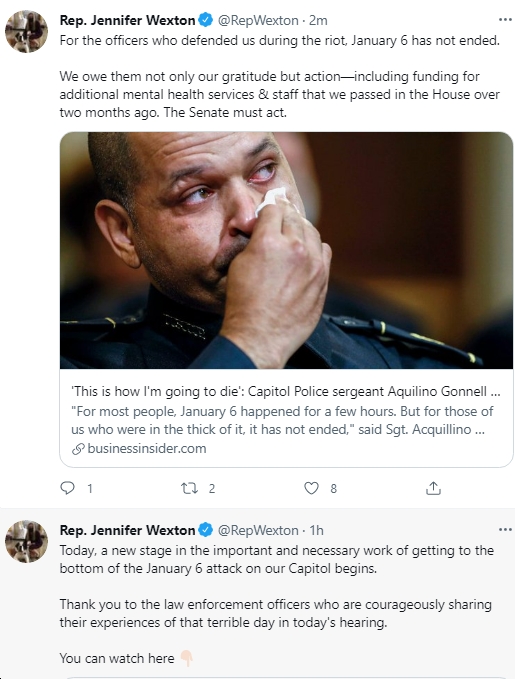 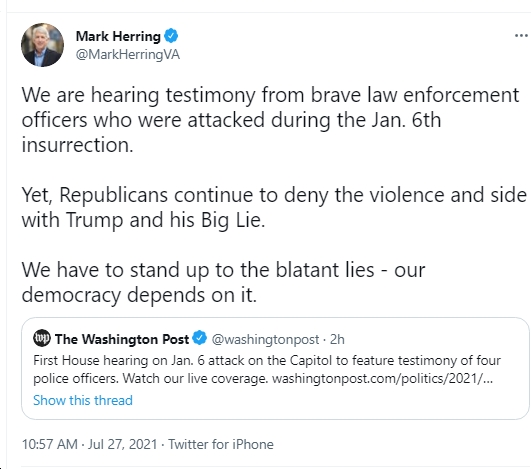 It’s important to note that @RepLizCheney and @RepKinzinger have been treated harshly by their Republican “colleagues” and much of the GOP rank and file. It’s never fun when friends turn on you. It takes courage not to back down. #January6thCommittee #InsurrectionHasConsequences