Anyone who thinks that Virginia is immune to the Republican plans to roll back voting rights and everything else our Democratic majority has accomplished, is tragically mistaken.  This election is about preserving and extending our work over the last two General Assembly sessions. The outstanding legislators below are critical to the progress we have been making.  Let’s make sure they return to the House of Delegates. 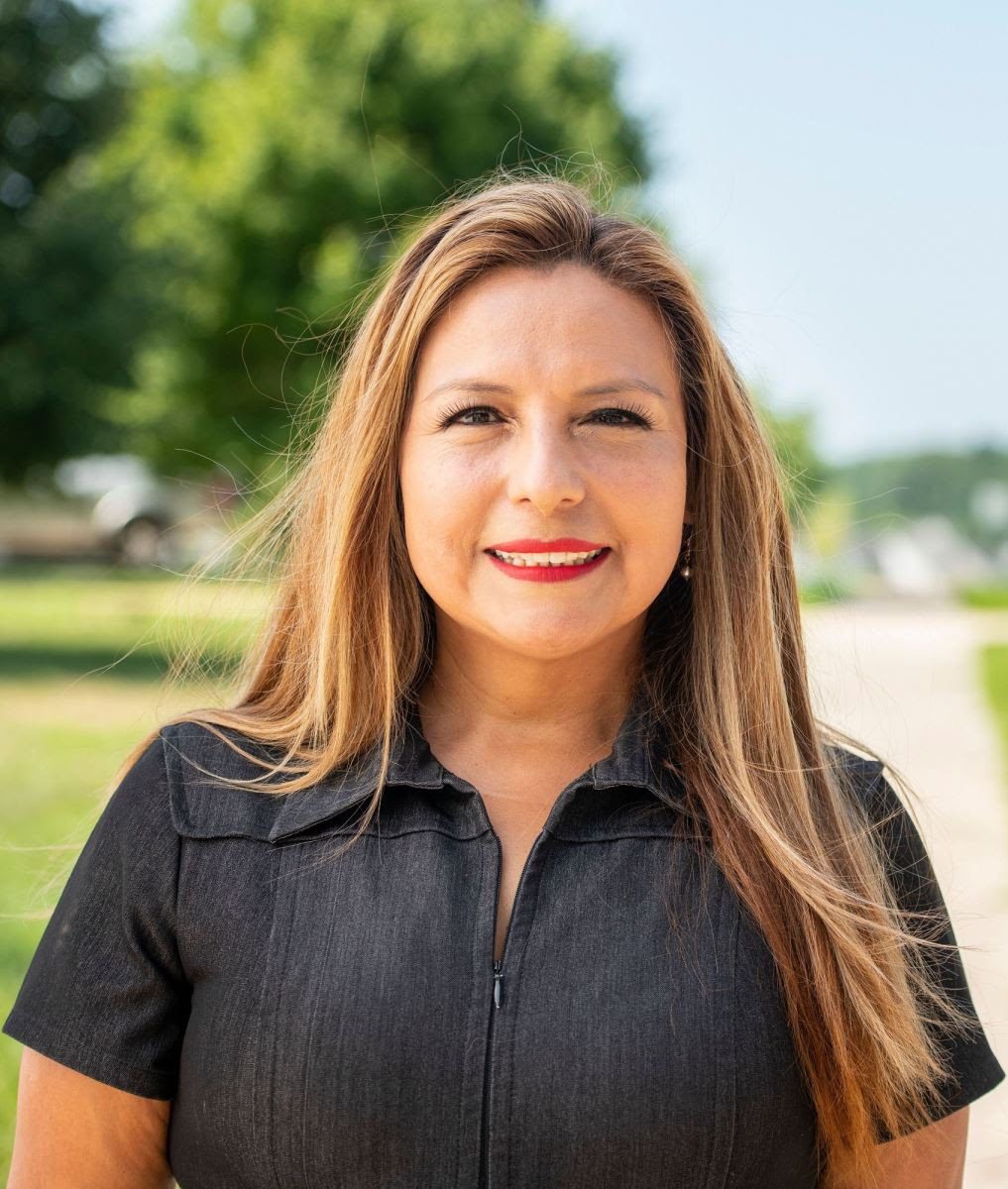 Meet Delegate Guzman:
Delegate Elizabeth Guzman was elected in 2017, defeating a 24 year Republican incumbent in a highly competitive election. She’s passed 24 pieces of legislation: this past session she successfully expanded paid sick leave to home health care workers and lifted Virginia’s ban on public sector collective bargaining.
She was one of the first Latinas elected to the Virginia legislature, a second generation union member, and a proudly progressive voice in the House of Delegates.
31st District:
HD-31 is a hybrid district, splitting diverse suburbs in Prince William County with conservative rural precincts in Fauquier. Republicans held this seat for 24 years, before Delegate Guzman flipped it in 2017 and held it in a competitive 2019 election. It is among the most competitive held by Democrats this cycle, President Biden only won this seat by a slim majority.
Why we must Re-Elect Elizabeth:
Elizabeth Guzman is a crucial voice in the House for labor, workers’ rights, and marginalized communities across the Commonwealth. She has been a highly effective legislator and community advocate, holding more town halls than any Delegate in northern Virginia. She also held the only Spanish town halls during the COVID-19 crisis, bringing state resources to communities who otherwise would not have resources to access them.
Contact the campaign: here 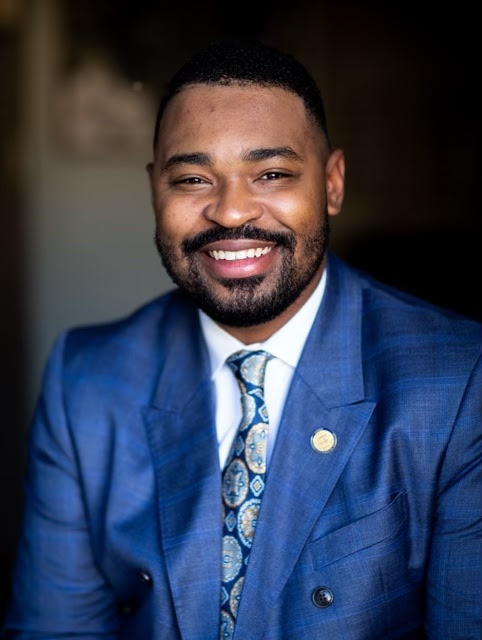 In 2017, Joshua Cole proudly ran for the Virginia House of Delegates to represent Virginia’s 28th District, becoming the first African-American and youngest person to receive any party’s nomination, along the way. In a hard-fought race, Joshua finished less than 100 votes shy of having the honor of representing the 28th District. In 2019, he came back and finished the job – becoming one of the youngest members elected to the Virginia General Assembly.

In Richmond, Delegate Cole has taken a people first approach to law making. In his first term, he voted to cap out of pocket health care costs on prescription drugs for Virginians with pre-existing conditions, raise the minimum wage, expand voting rights and make community college tuition free.

Delegate Cole has taken on big issues, voting in support of the ERA, protecting workers’ rights, defending a woman’s right to choose, and protecting our natural environment by standing up to big polluters. He also took the lead on historic legislation, including legally renaming Jefferson Davis Highway to Emancipation Highway.

In addition to his service in the House of Delegates, Delegate Cole serves as an Associate Pastor at Union Bell Baptist Church in South Stafford and the Chairman of the House of Clergy for the Union of Charismatic Orthodox Churches.

This district is home to approximately 84,000 Virginians. In 2019, Delegate Cole won this district with 1,040 votes, making him the first Democrat to hold the seat since 1982. Delegate Cole’s win in 2019 also helped tip the balance of power in the Virginia House of Delegates in Democrats’ favor.

This district is ranked among the top five most competitive races in the state.

What Joshua is up against

Joshua’s opponent Tara Durant gained national attention when a 911 call she made in 2020 was picked up by Fox News. She claimed that Black Lives Matter protestors were threatening her and her daughter. Her claims have been disputed by eyewitnesses who were there when the incident occurred. However, Durant continues to describe the experience as the pivotal moment that informed her decision to run for office. Durant has never held or run for public office before. 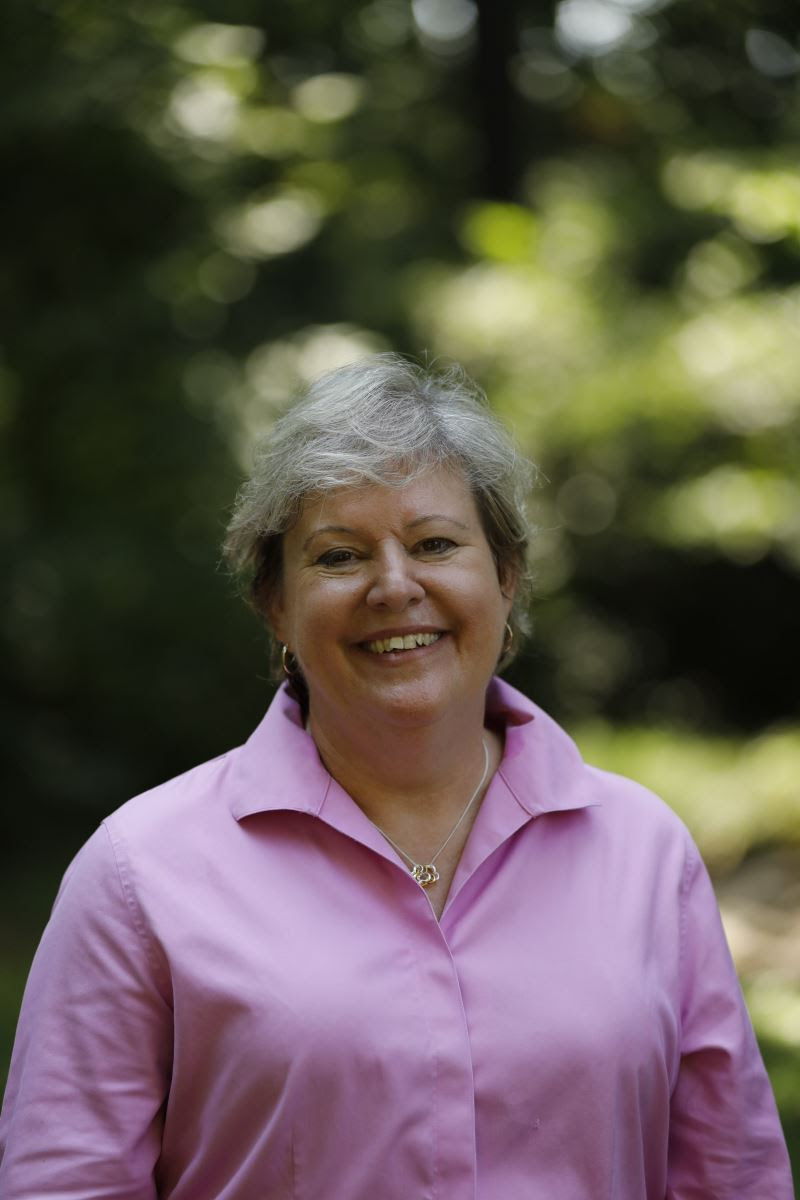 Nancy grew up in a Navy family in the 83rd District and attended Thoroughgood Elementary and Cox High School. She graduated from The College of William and Mary with a B.A. in Government (where she was inducted into Phi Beta Kappa), and got her J.D. from the University of Virginia School of Law.

She and her husband of 38 years, Richard Guy, moved to Charlotte, NC for a decade where they practiced law and had two children. In 1992 they returned to Virginia Beach to be closer to extended family. Richard is an attorney with Vandeventer Black, LLP in Norfolk. Their children are now grown and they have two grandchildren.

After successfully battling breast cancer, in 2012-13, Nancy decided to simplify her life. She liquidated her real estate partnership in 2014 and closed down her educational consulting business in 2017 to concentrate on spending more time with family and giving more time to causes she believes in.

In 2019, she  ousted a ten-year Republican incumbent by a margin of just 41 votes. Since her election, Nancy has worked tirelessly for the people of the 83rd District. In keeping with her passion for public education she was originally a member of the Education Committee and appointed to the Boards of the Intrastate Compact for the Education of Military Children and the Southeastern Virginia Higher Education Center. As a strong advocate for the environment she is pleased to serve on the Agriculture, Chesapeake and Natural Resources Committee as well as being appointed by the Speaker as one of three state representatives for Virginia on the multi-state Chesapeake Bay Commission. She brings the perspective of a former locally elected official to the Counties, Cities, and Towns Committee. Finally, she was appointed this year to the powerful Courts of Justice Committee, which reviews the highest volume of bills in the House.

The 83rd District is located in Virginia Beach and parts of Norfolk on the Chesapeake Bay. The 2019 race was the closest in Virginia, won by a margin of just 41 votes. In 2021, the race is expected to be one of the most competitive in the Commonwealth and the Republicans have nominated a far right-wing candidate- gun store owner and lawyer Tim Anderson.

Just one example of why we must  defeat Tim Anderson:

As a gun store owner,  Anderson believes that there should be no limits on gun-ownership and would roll back the common sense gun safety legislation the the Democratic- led Majority and Gov. Northam helped pass including red-flag laws, increased background checks, and a monthly handgun purchase limit.  Anderson’s position is not in line with a majority of Virginians or Americans.

In a recent campaign ad Anderson wrote out a supposed “liberal agenda” and torched it with an actual flamethrower. The next day Anderson started selling flamethrowers like the ones used in the campaign ad at his gun store. 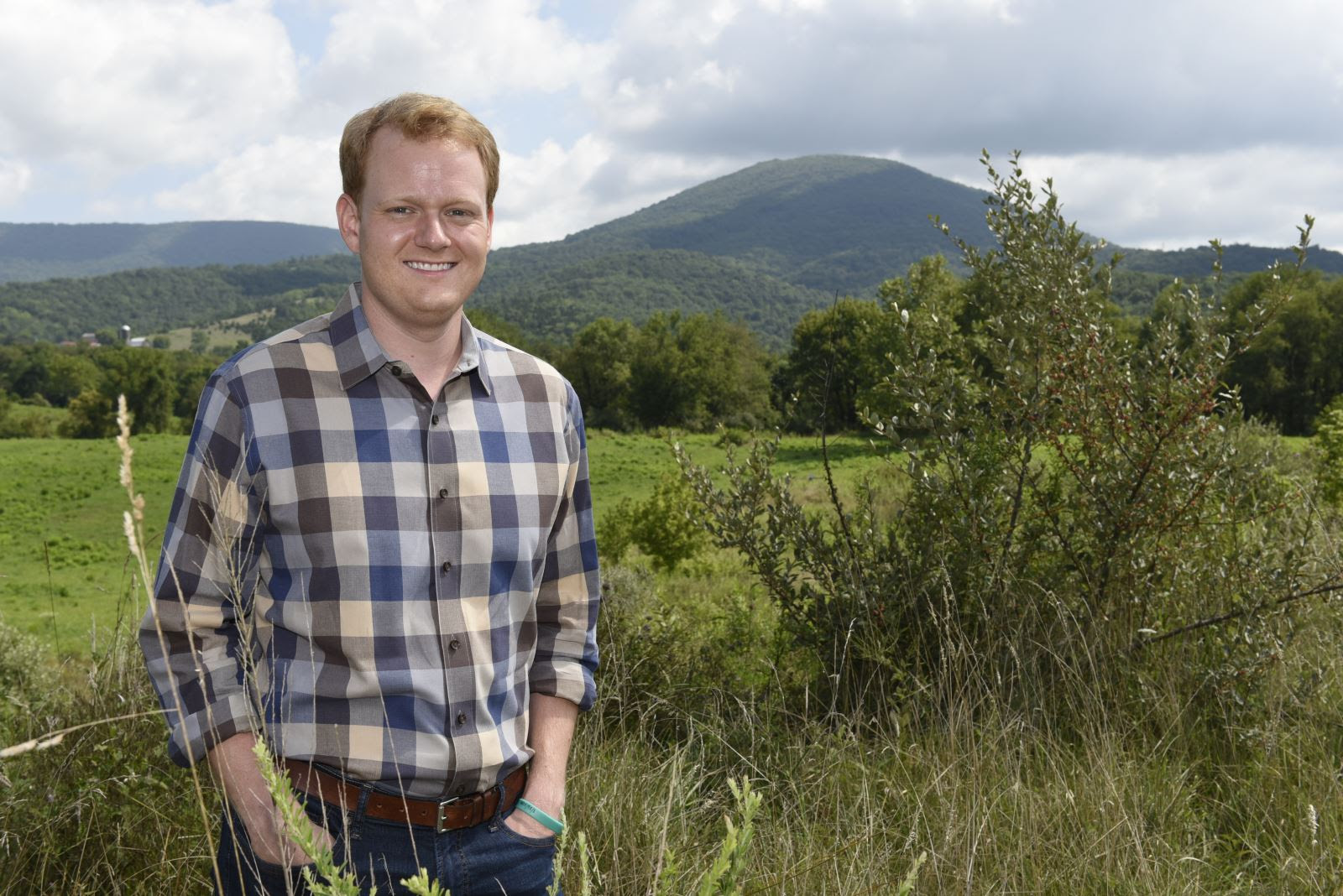 As a journalist, I’ve been a fierce advocate for families struggling for access to mental health care and equality in education for students with special needs. I’ve investigated the reasons why our workforce must adapt for the careers of the future, documented the dramatic rise of child abuse and opioid addiction, and held government leaders accountable while showing how our first responders are left without vital resources.

However, I decided to leave journalism and run for office after recovering from a profound tragedy. In 2015, I was just beginning a new life with my late girlfriend, Alison Parker. Yet I found myself on a different path after Alison and Adam Ward’s murder on television shocked me and the country. My career in news was fulfilling but instead of asking questions, I became focused on finding solutions. Your continued prayers and support gave me the strength to move forward and be a courageous fighter for all Virginians.

As  delegate, I have continued to fight tirelessly to increase access to and resources for mental health care, voted to ensure gun safety laws are put in place, and have been an advocate for quality and affordable schools with adequately paid teachers. I have fought to bring jobs to the 12th District and protect our land and water from outside industries and pollution. Join me as I continue to courageously fight for all Virginians.

Why Hurst needs to win:

HD-12 is a battleground district. In 2017, Chris defeated a Republican incumbent to win the district with 54% of the vote. The  12th District is the least-blue seat to be held by a Democrat, backing Biden 52%-46%, and is one of the  top targets for 2021. As House Campaign Chair Republicans are committed to defeating Chris this year. His opponent Jason Ballard has also been quoted saying: 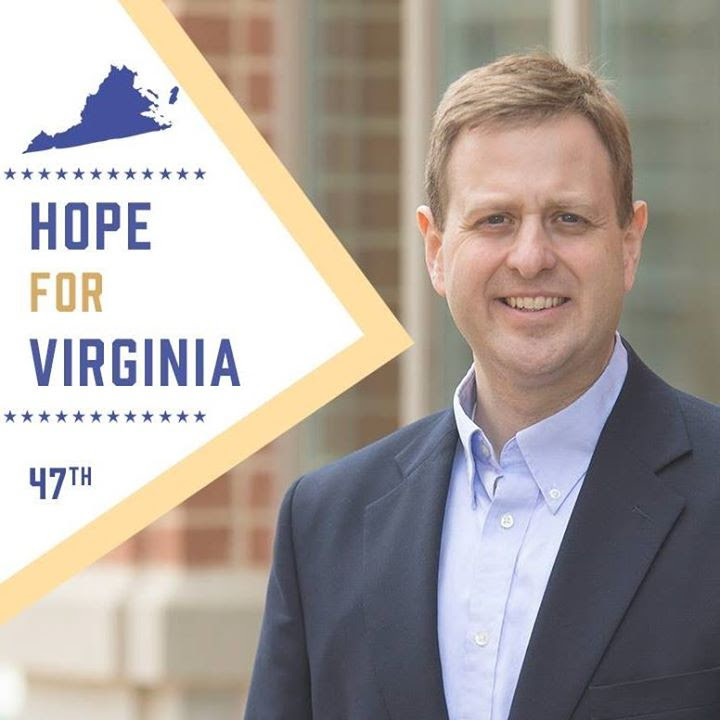 Delegate Patrick Hope represents the 47th District, a position he has held since 2010. He is currently running for re-election to his 7th term. He currently serves as the Chair of the House Public Safety Committee, and he also serves on the House Health, Welfare and Institutions Committee and the House Courts of Justice Committee. He is a member of various other commissions including the Joint Commission on Health Care, where he serves as Chair; the Behavioral Health Commission, where he serves as Vice Chair; the Disability Commission; and the Substance Abuse Services Council.

During his tenure, Patrick has prioritized expanding healthcare access and coverage to every Virginian. He has championed expanding mental health and substance abuse services for all ages, and, as Chair of the House Public Safety Committee, has led the effort to end gun violence in Virginia. Patrick Hope is a champion for progressive policy in the House, and we need to send him back to Richmond this November.

That’s it for Volume II  of our Flip-a-District Friday series.  I encourage you to review this email and future editions to find a candidate or candidates whom you would like to support with your time or financial resources.