The Virginia Sierra Club’s 2021 General Assembly grades are out, and the difference between pro-environment, pro-clean-energy Democrats and anti-environment/fossil fuel industry puppet Republicans is stark. See below for the grades (click on each image to enlarge), “on a “diverse range of bills, from energy and efficiency, utility regulation, and transportation, to environmental justice and voting rights,” and a few takeaways. As Virginia Sierra Club Director Kate Addelson puts it, “this scorecard offers a valuable guide to voters on which lawmakers consistently support strong policies for climate action and environmental justice.” 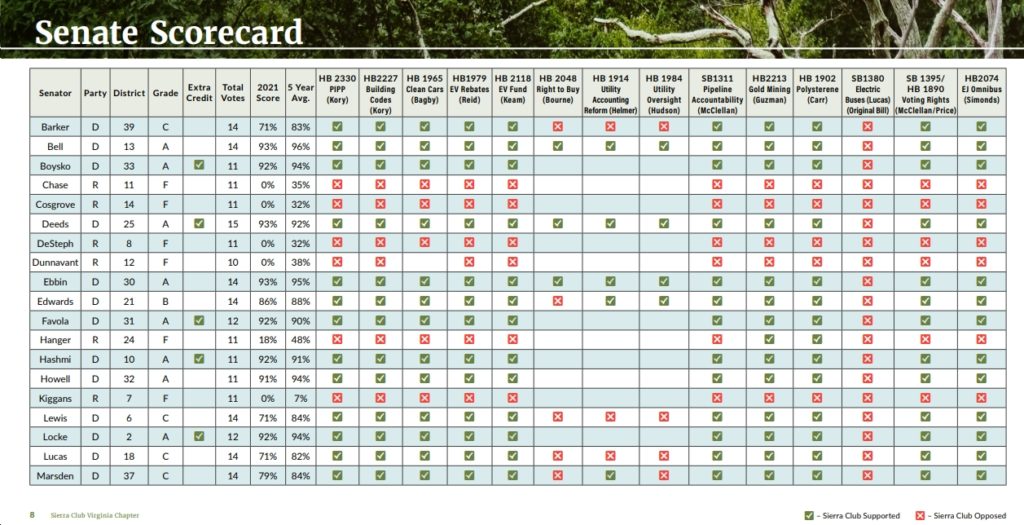 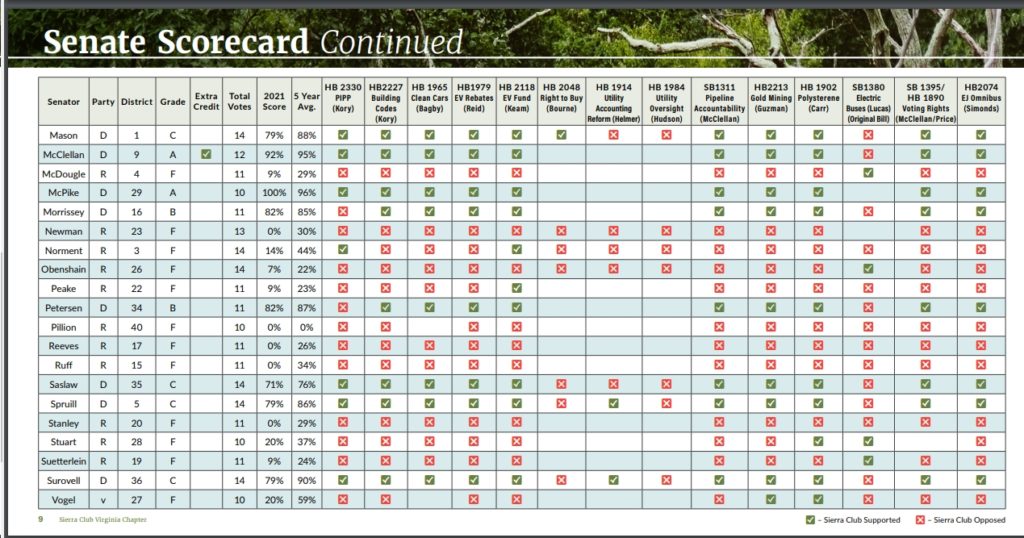 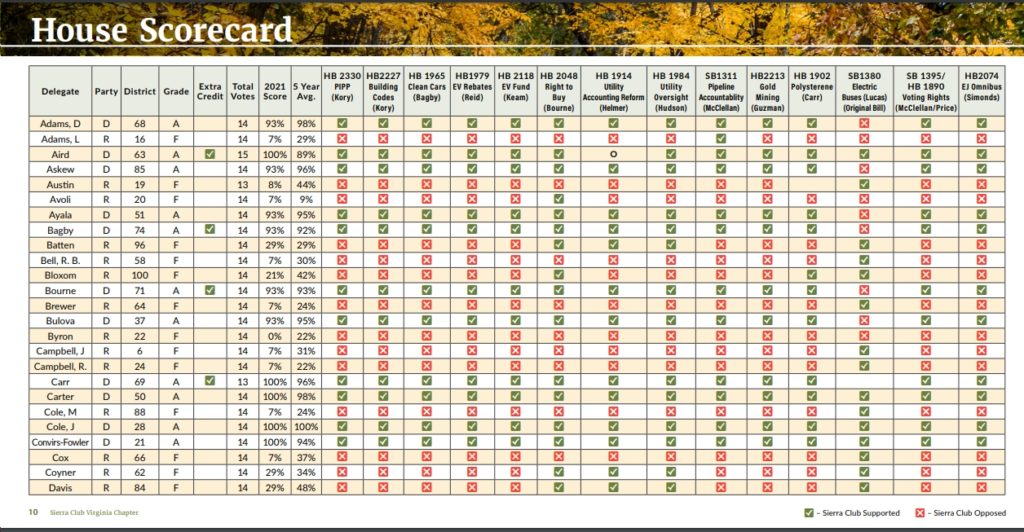 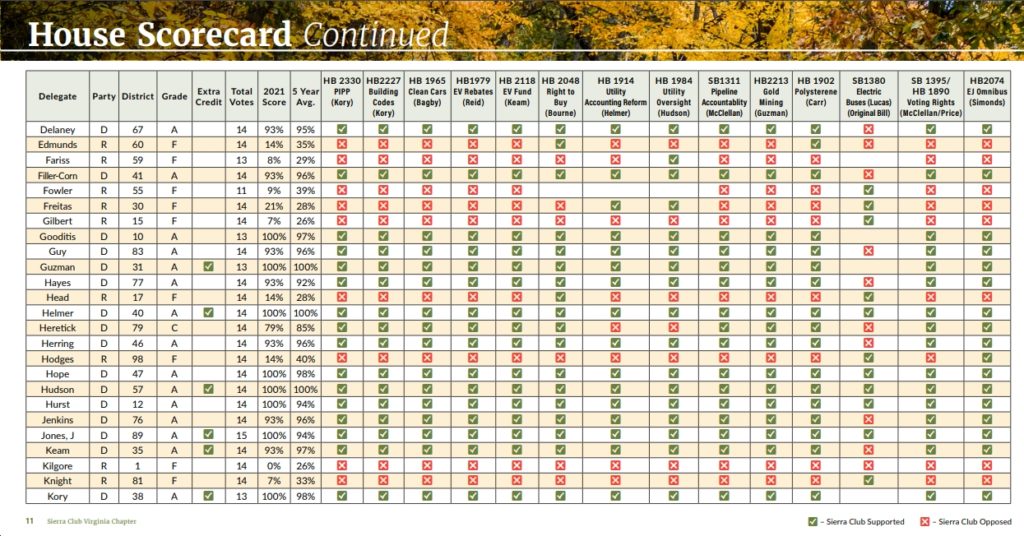 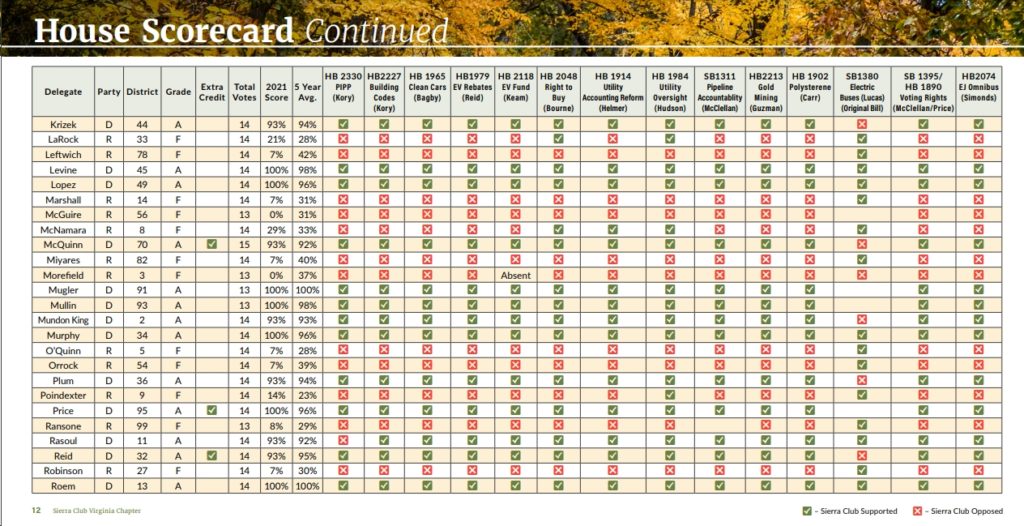 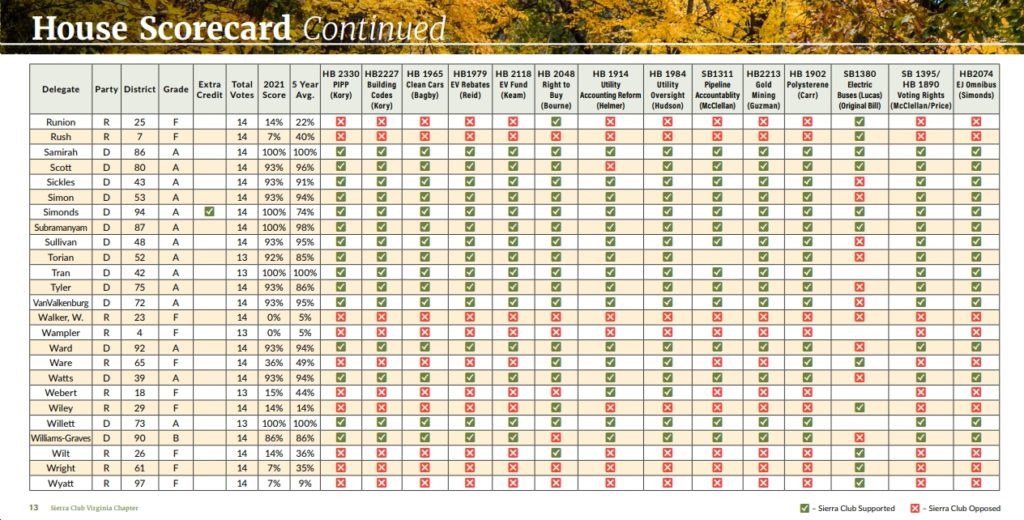