As potential input into the discussions of the soon-to-be convened legislative study committee on campaign finance reform (Monday, August 23rd), we have shared with all the legislators on the committee our newly released “Citizens Report on the Need for Campaign Finance Reform in Virginia”. It is attached to this email and can also be found on our website: Click here. We have also drafted a press release (also attached) .

As a reminder, our VA chapter of American Promise, known as MoneyOutVA, focuses on advocacy on the issue of “getting big money out of politics”, both on the Federal level through pushing for a Constitutional Amendment to the U.S. Constitution allowing States and Congress to regain their regulatory authority over election spending; and in Virginia, to introduce campaign finance reform.

We hope that the recommendations in this Citizens’ Report feed not only into the discussions of the committee but feed into legislative packages on campaign finance to be introduced in the next General Assembly in early 2022. We also hope that members of the Press can amplify the message that Virginia citizens feel that these reforms are critical to building trust between citizens and their elected officials.

Nancy Morgan and VA advocates for getting big money out of politics.
Coordinator VA Chapter of American Promise 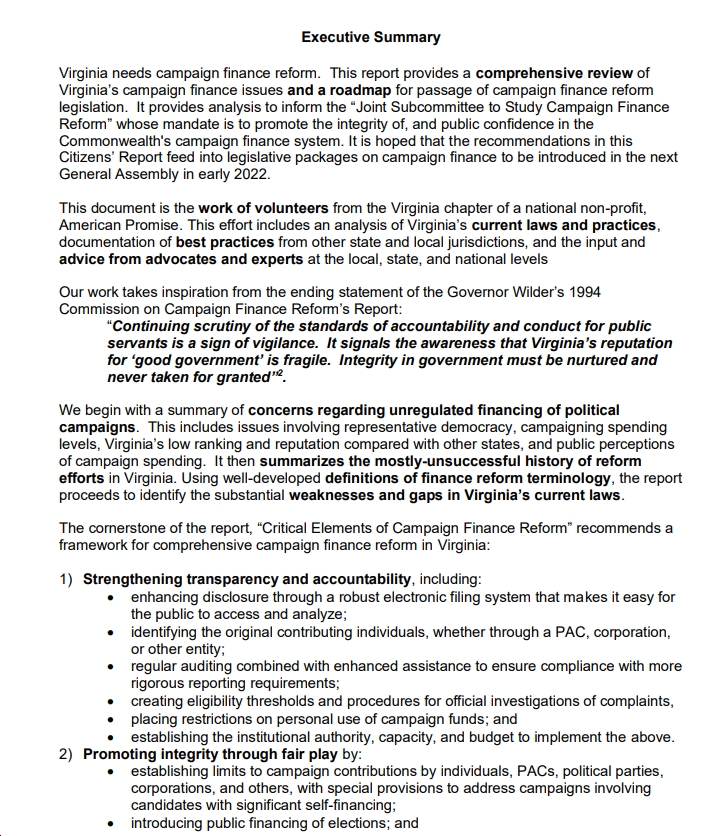 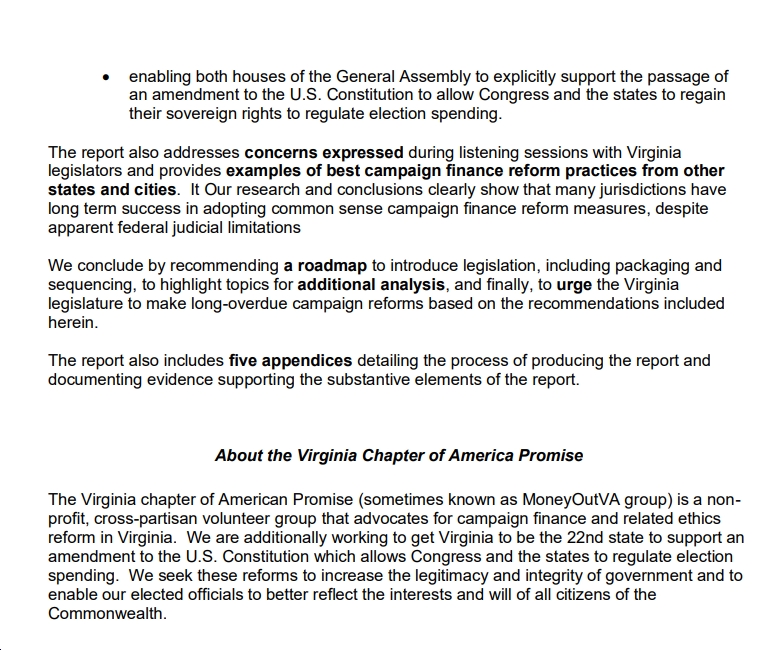 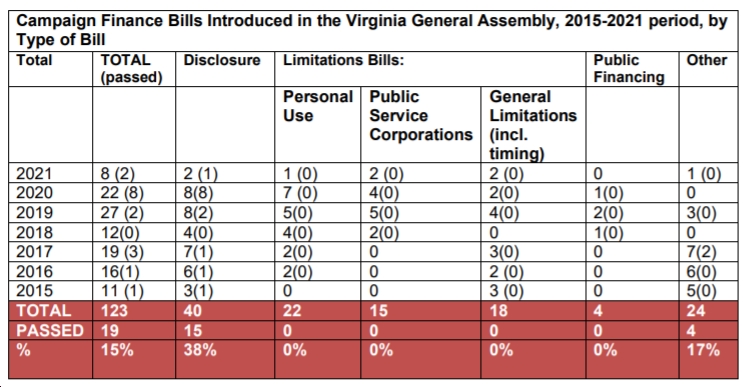 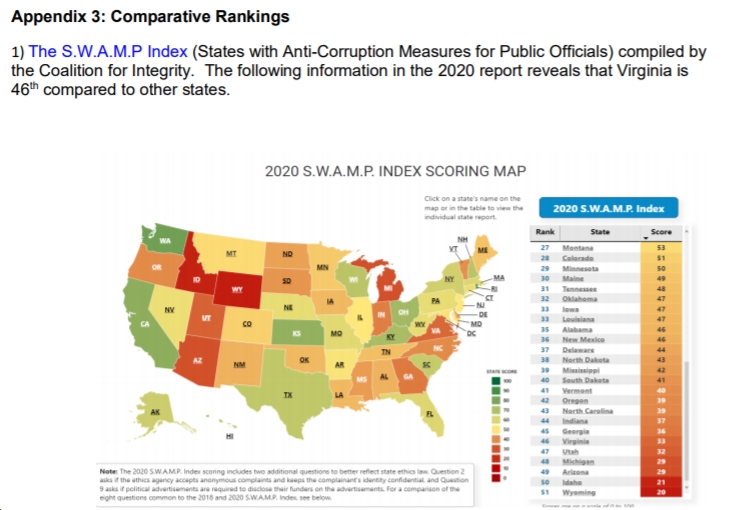 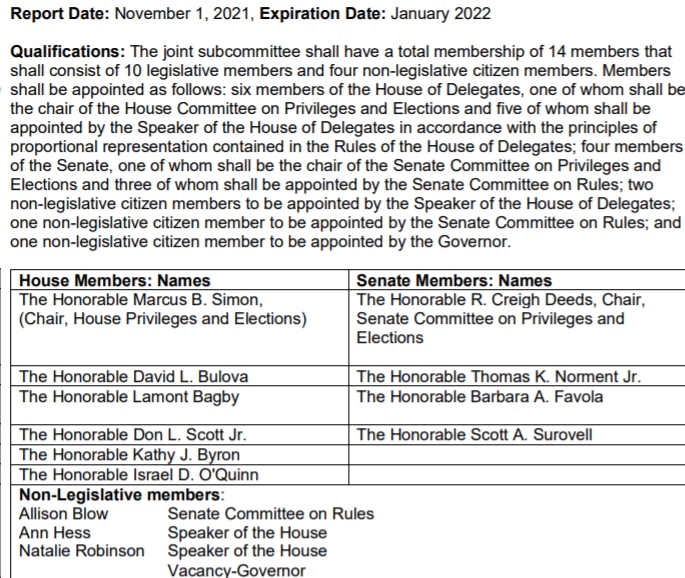