“Right now, the administration is conducting a massive operation in Kabul that has resulted in the evacuation of 50,000 people in eight days. It is also overseeing a life and death battle against COVID that has already resulted in over 200,000,000 Americans receiving the vaccine.

It is also in the midst of negotiations in support of the passage of a vitally needed $1 trillion infrastructure bill, the biggest the US has passed in decades. It is also, at the same time on Capitol Hill involved in negotiations to pass a $3.5 trillion budget package.

Taken together these two congressional initiatives would lead to the biggest investment America has made in itself and in projects vital to our national security and well-being in more than half a century.

…The Department of Justice is working on hundreds of cases related to the attempted coup against the United States government on January 6th while actively conducting programs to reduce the future risk of domestic violent extremism.

DoJ has also made it a priority to combat a nationwide voter suppression campaign by the GOP and abuses in the country’s police departments. Elsewhere the government has mounted an unprecedented campaign to battle the climate crisis, its consequences and to undo widespread efforts to put our environment at risk. Part of the effort to get out of Afghanistan involves ramping up programs to help Afghans who aided us find refuge in our country–programs that were shut down, stopped cold, under the Trump Administration.

At the same time, the administration is also trying to undo the damage done by their predecessors at the southern border and the Vice President has been instrumentally involved in seeking to restore programs that would reduce migrant flows at their sources in Central America.

In addition, the administration has been appointing judges at a faster clip than its predecessors and doing so in way that is bringing unprecedented diversity to the nation’s courts after years of efforts by the opposition to pack those courts.

What is more it is not just doing all these things–all these big, complex, urgent, essential things–at once, but it is doing them against scorched earth opposition that does not care who dies, whether they tell truth or lies, or whether the national interest is protected.

… This extraordinary list–which on top of it all is being conducted in the midst of overseeing the most extraordinary period of economic recovery in American history, the most jobs ever created in a presidencies first six months–is all being done and by and large done now under profoundly difficult conditions by President Biden, Vice President Harris, and their team. Watch carefully. Not since the Second World War have we seen a government mobilize so broadly, do so much…do it by and large so well, do it in ways that have positively impacted the lives of so many in America and around the world (did I mention they are also overseeing the world’s leading vaccine diplomacy program). It is an extraordinary case study in good governance.

Mistakes have been made and others will be made again. But extraordinarily, this administration has also shown the humility and competence and nimbleness to correct missteps, to learn, and do better as they go. Watch carefully and appreciate it. Because you likely have never seen this kind of display of government management virtuosity before. It’s hard to see the big picture sometimes for all the headlines…but this is the reality of what we’re getting from our government right now.”

I’d just add that here in Virginia, under Democratic leadership, we have also seen “an extraordinary case study in good governance” and a “display of government management virtuosity,” in the face of the Trump nightmare, the COVID pandemic, a Republican Party that’s moved towards extremist authoritarianism, etc. Put Democrats in charge, and THIS is what you get. Meanwhile, you don’t have to look far to see the polar opposite…just recall the Trump administration, which was wildly incompetent, corrupt, etc., and also look at disastrous examples in various states (Florida, Texas, etc.) of Republican mis-governance. At this point, how anyone could vote Republican is really just mind boggling… 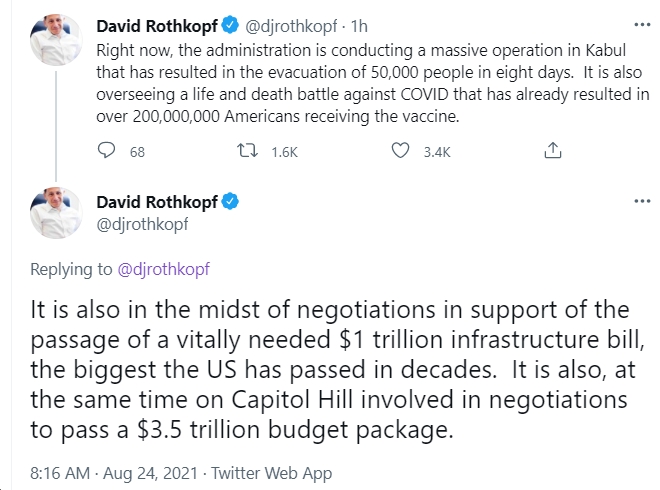 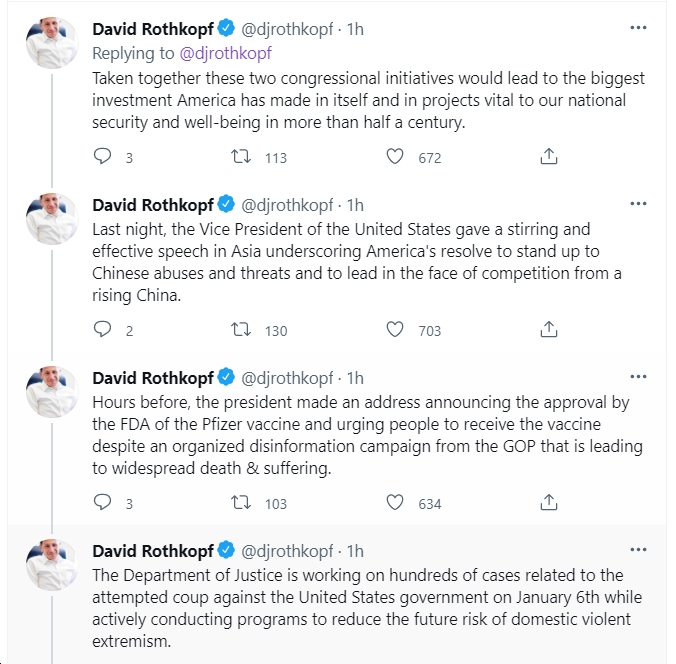 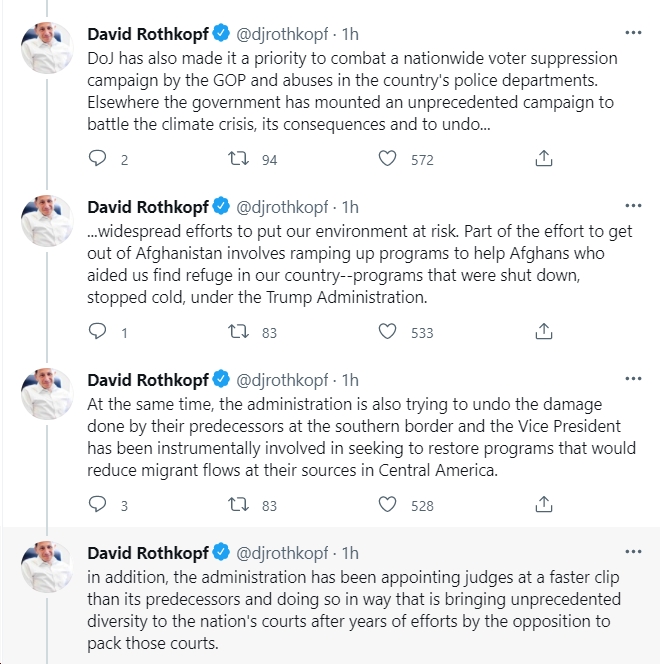 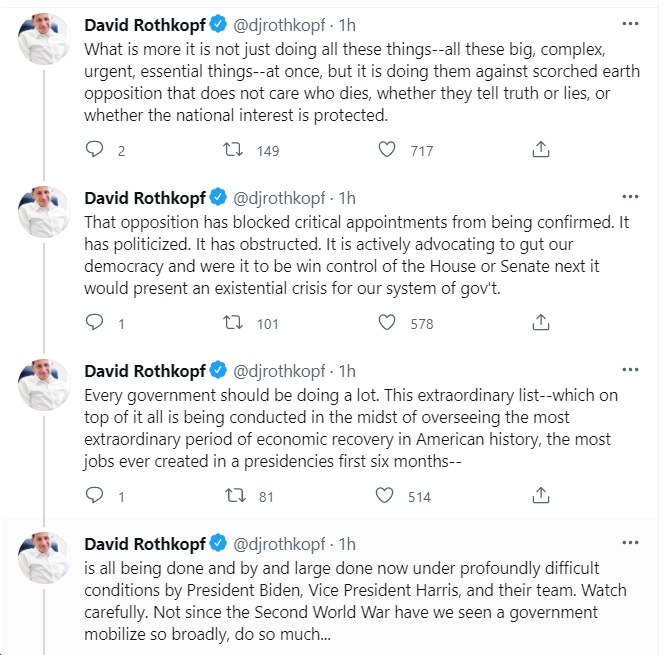 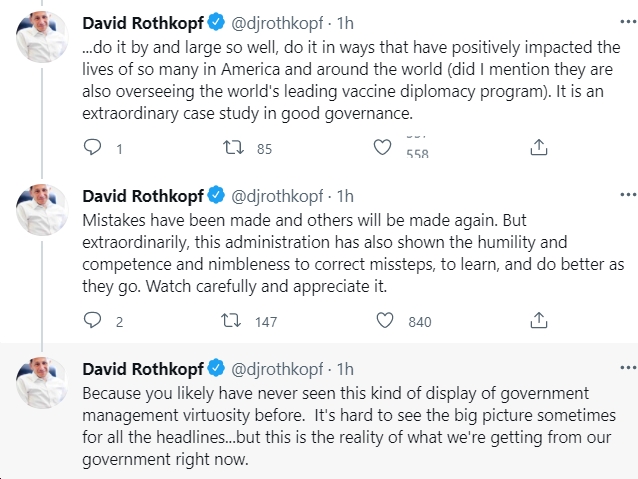