Chaz Nuttycombe knows Virginia’s House of Delegates and State Senate districts inside out, so when he analyzes the Virginia Redistricting Commission’s map drawers’ proposed maps, it’s definitely worth paying attention. So now, Chaz has done just that – examining the Commission’s Democratic and Republican map drawers’ just-released maps (the Commission will meet on Monday, at which time they will look at the maps and discuss them).  What does Chaz think of the drafts? To put it mildly, NOT much – and it’s hard to say anyone should be surprised, given what a fiasco the Redistricting Commission has been, and given how a lot of us warned last year NOT to approve Amendment 1…but unfortunately voters did so anyway (sigh…). Anyway, here are “highlights” (or maybe “lowlights” would be a better word to describe these maps?) from Chaz’s Twitter thread on the maps: 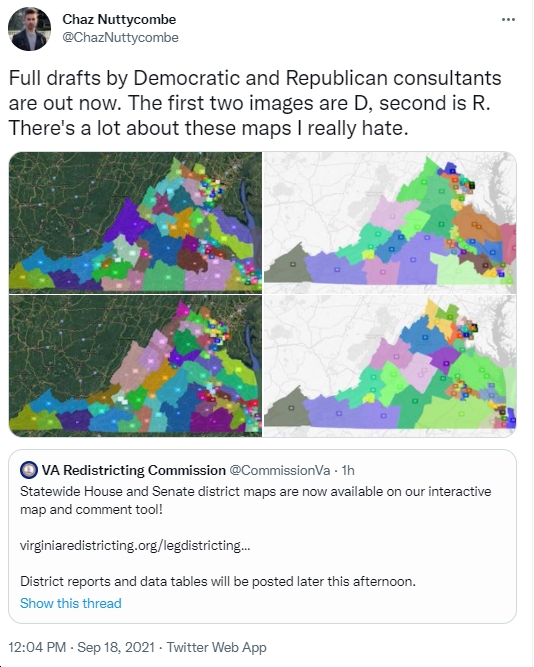 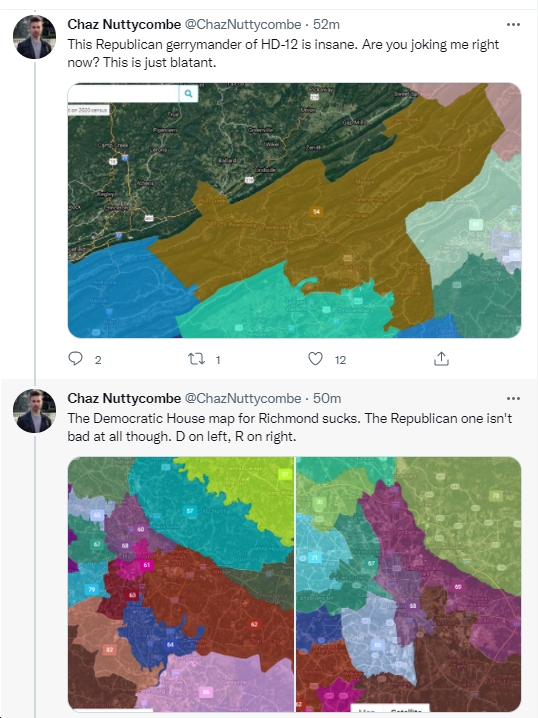 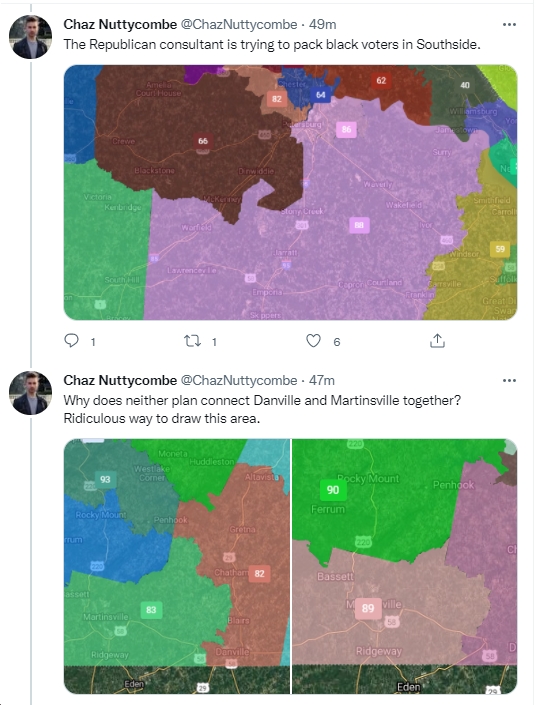 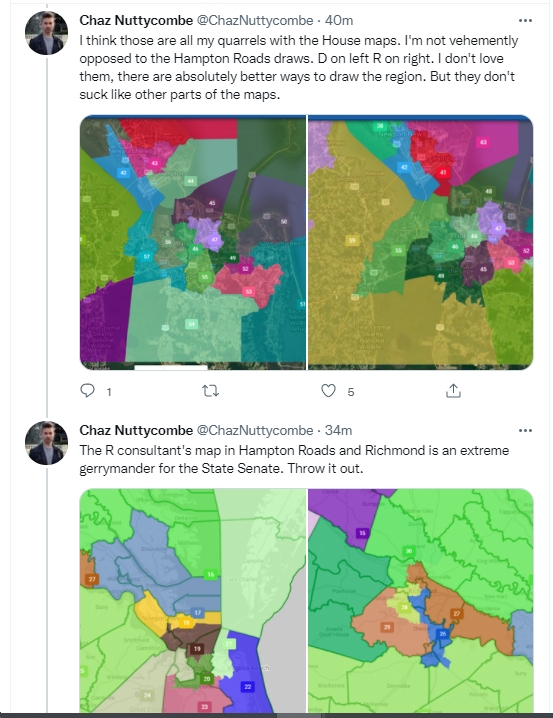 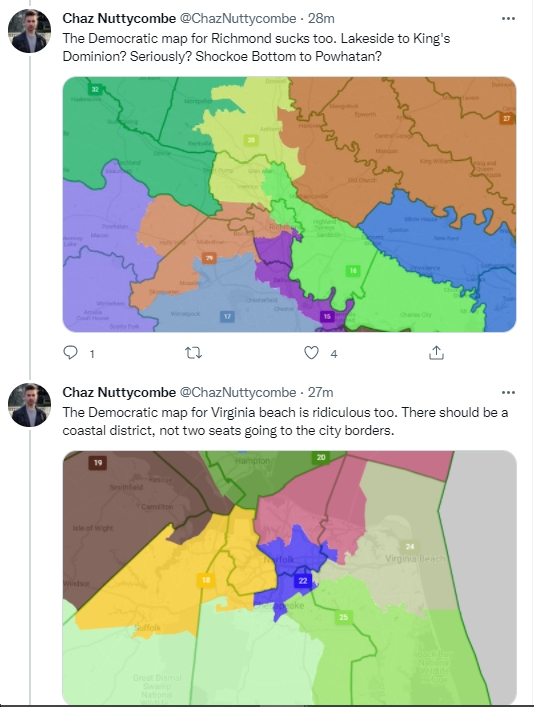 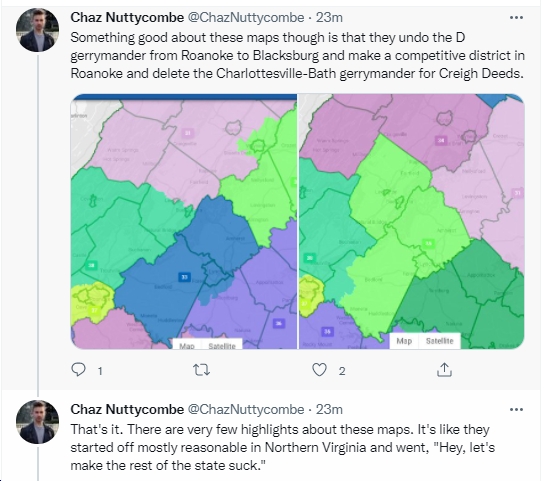 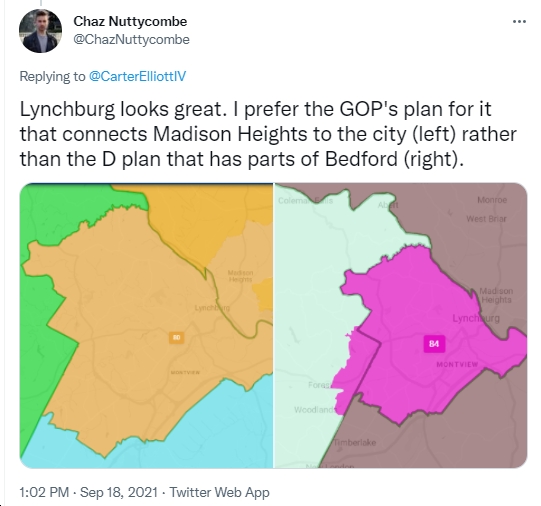 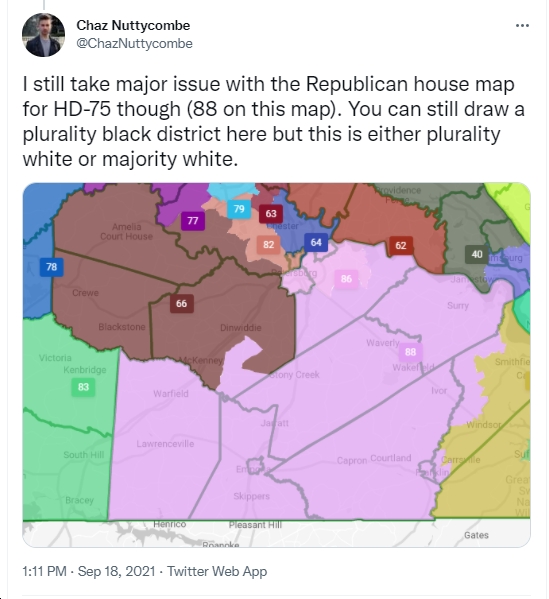 I deleted my tweet on the Charlottesville area because I thought 80 and 76 were the same district somehow, similar colors. The D map for Charlottesville looks great (left). The R plan is a gerrymander (right) pic.twitter.com/xadp4sbpL2