Early voting started in Virginia last Friday, and we now have some data and graphics from VPAP to indicate where we’re at…and also compared to last year’s presidential election and to 2017 (which is a problematic comparison because there was no COVID-19 pandemic then, and also that was before early voting rules were loosened up big time by the Democratic-controlled Virginia General Assembly in 2020). See below for some highlights and screenshots. In sum, though, as UVA Professor Larry Sabato told me a few minutes ago:

“There’s a natural fall-off because Trump isn’t in the race (directly, at least). But this is falling off the cliff. I wonder how good Dems’ GOTV is this year.” 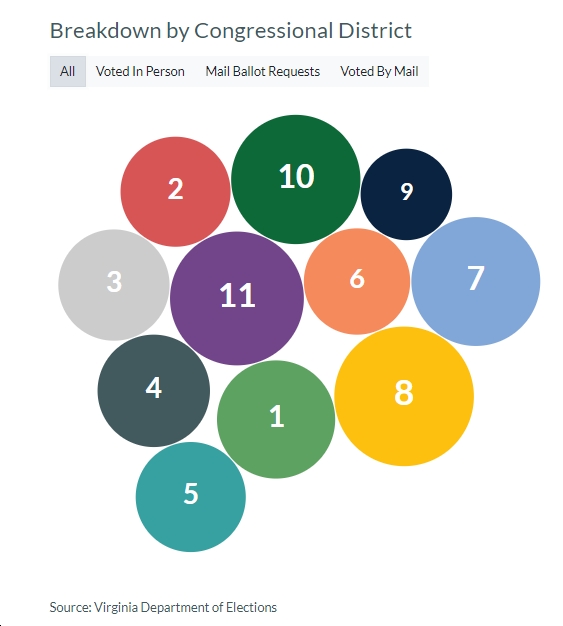 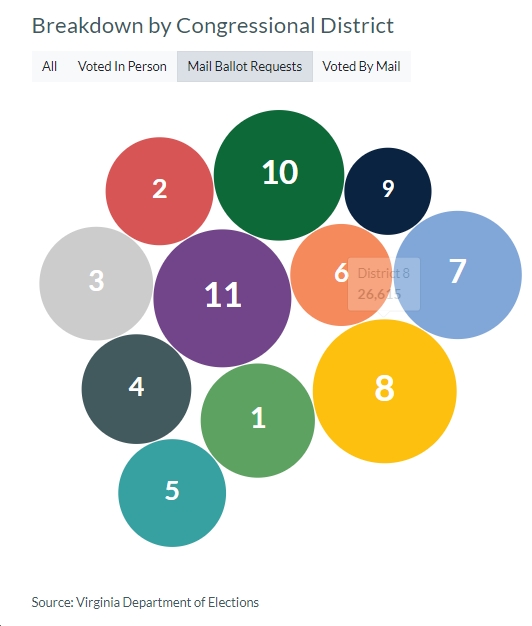 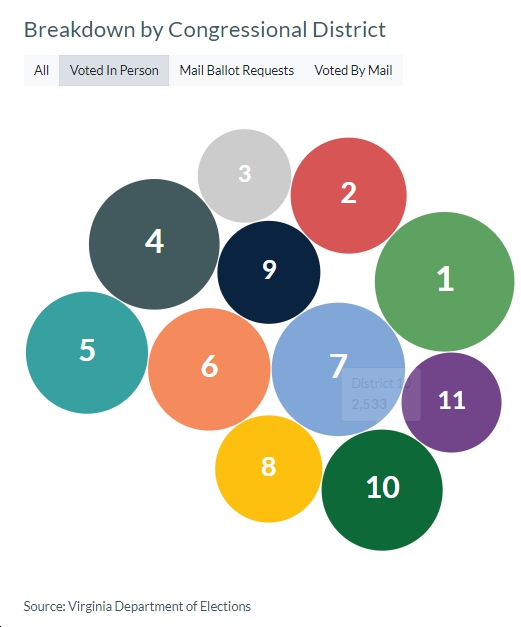 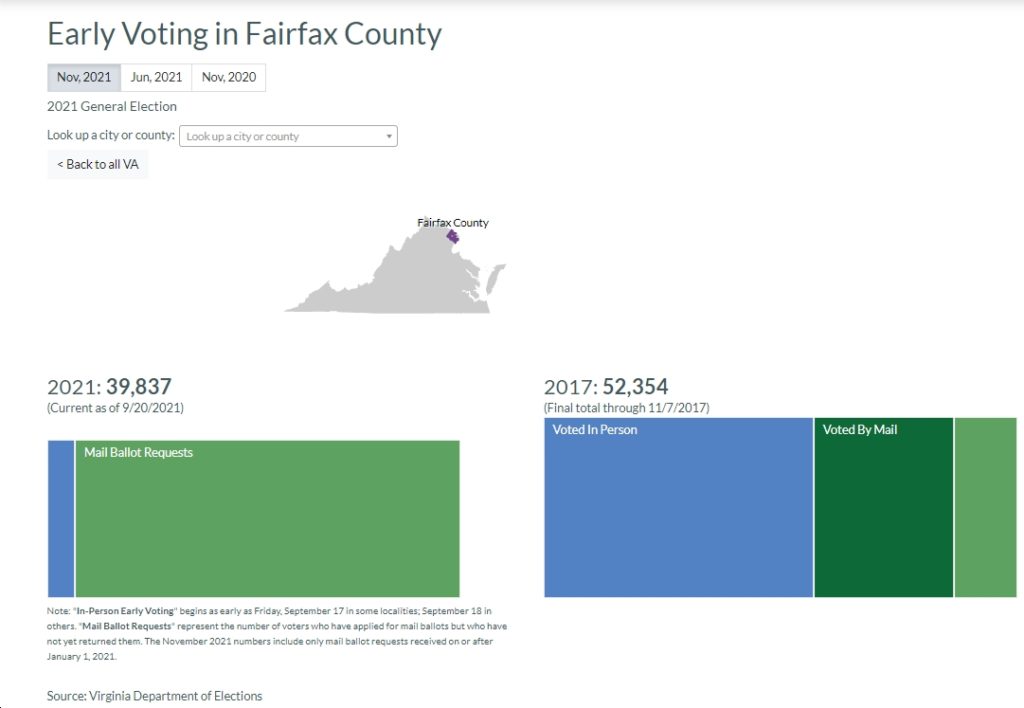 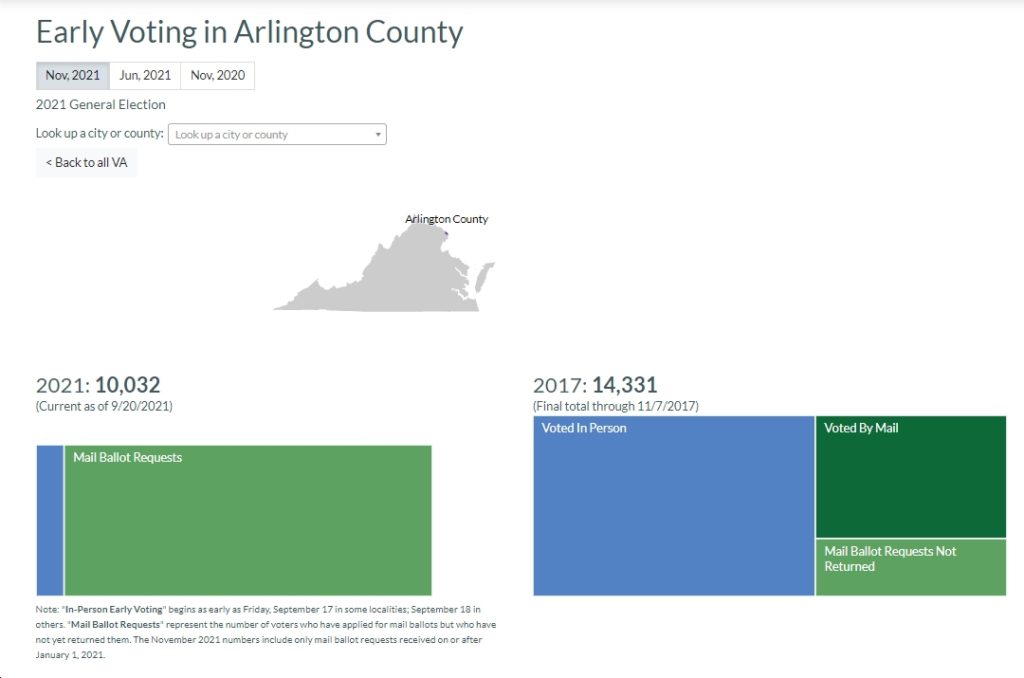 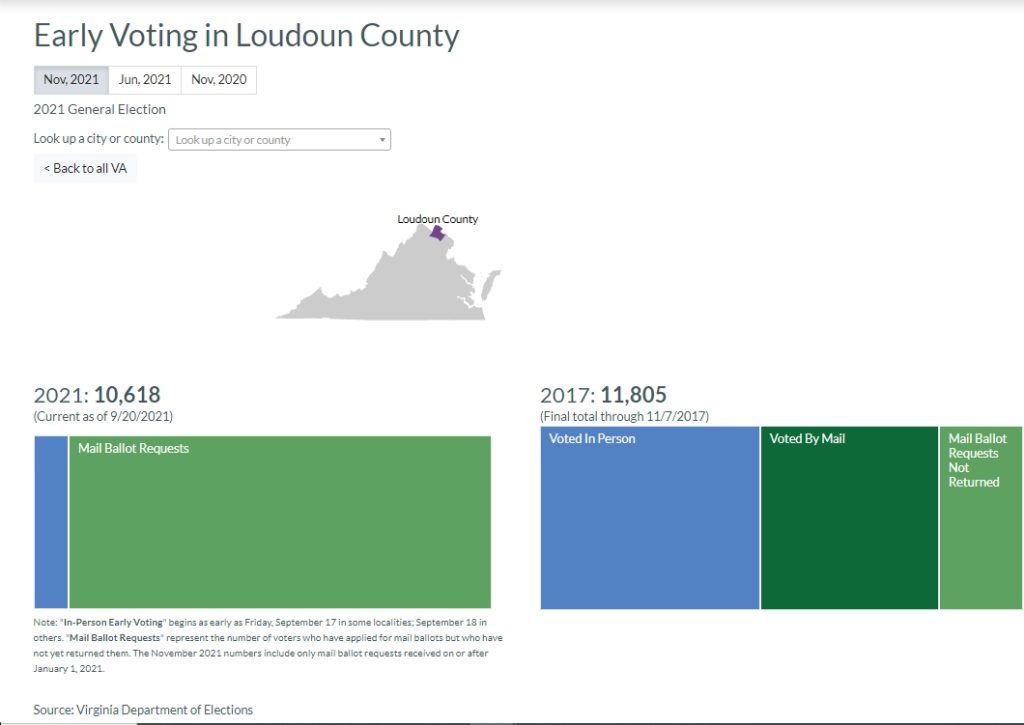 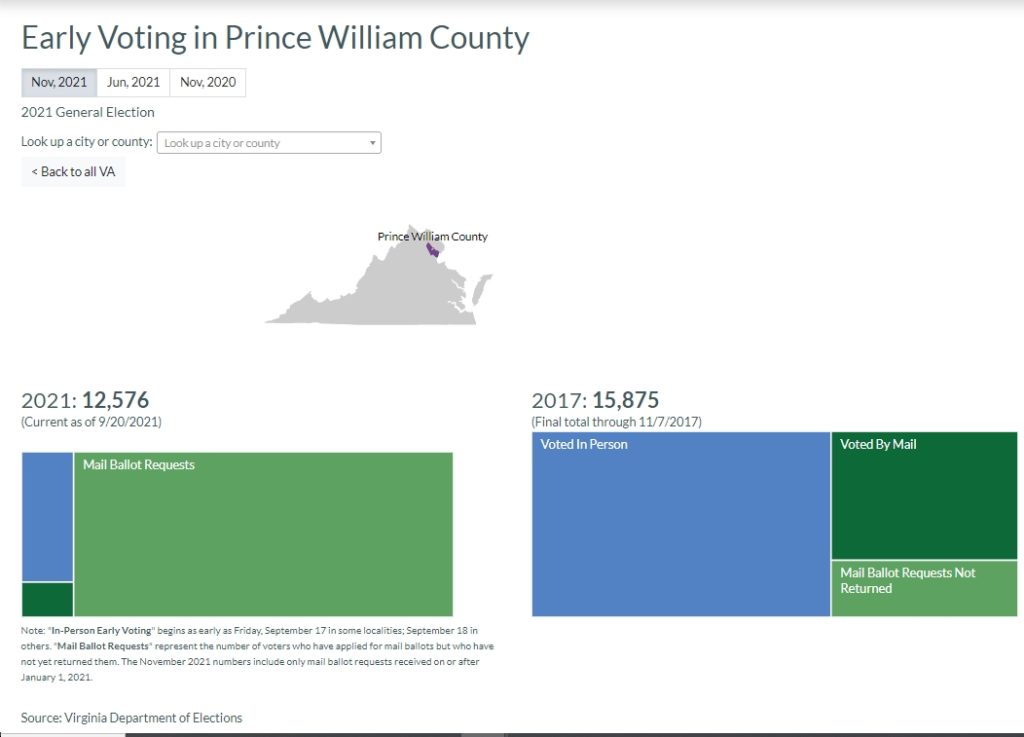 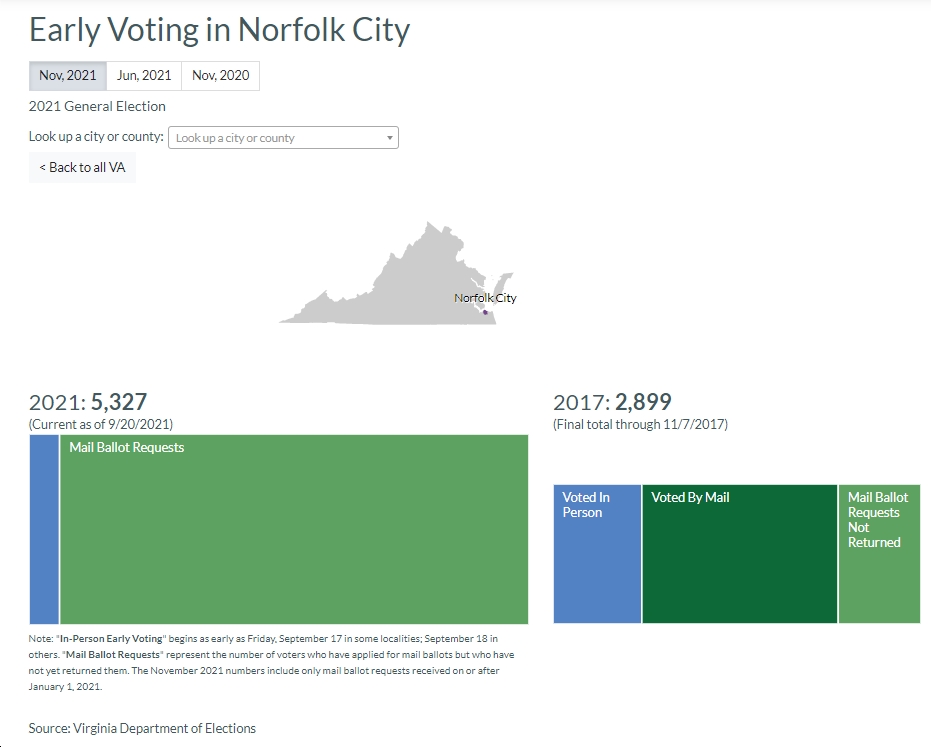 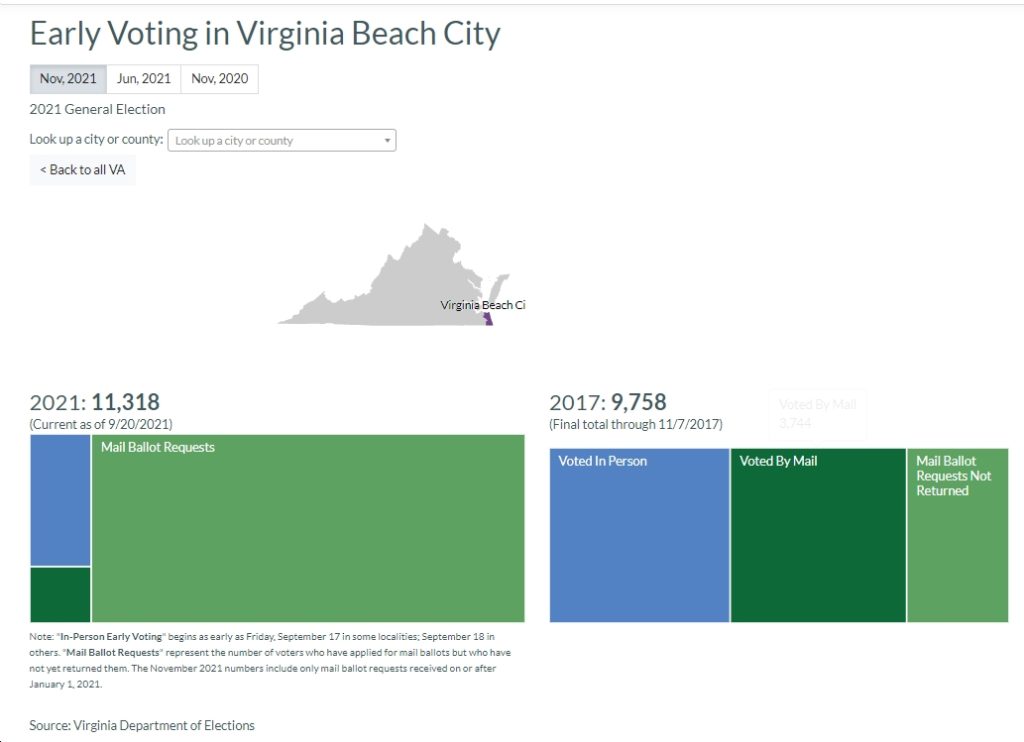 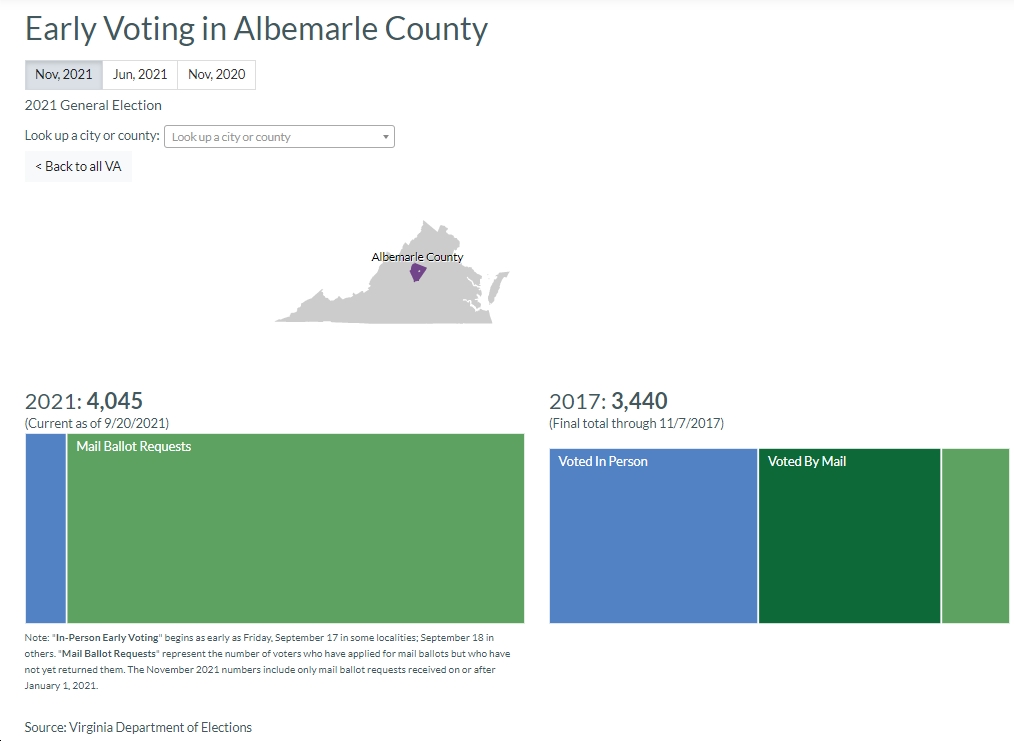 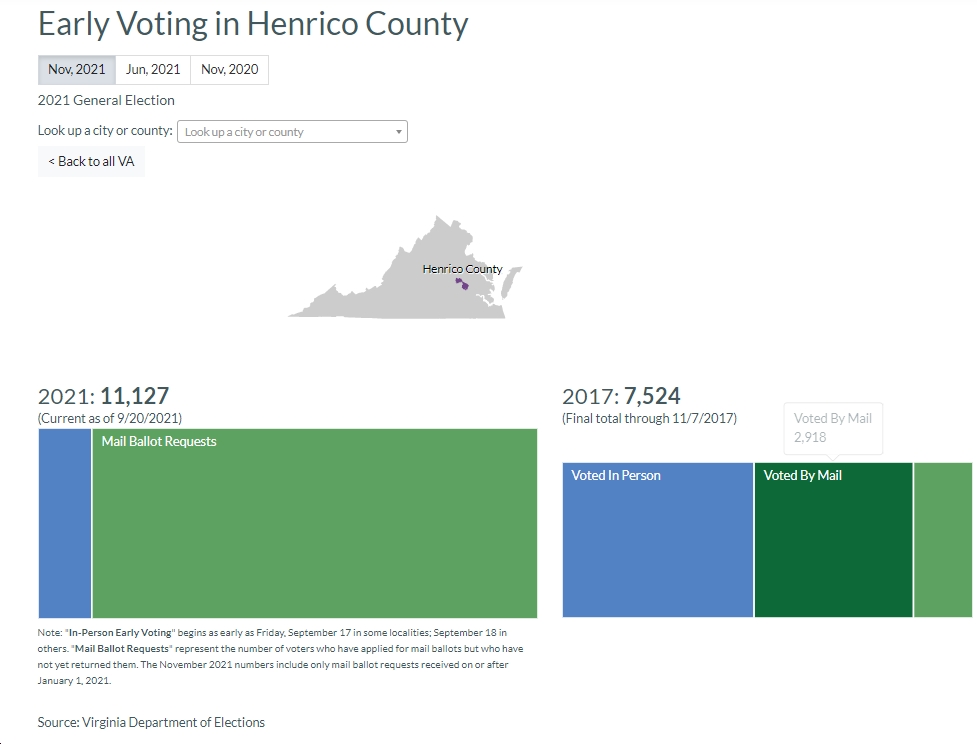 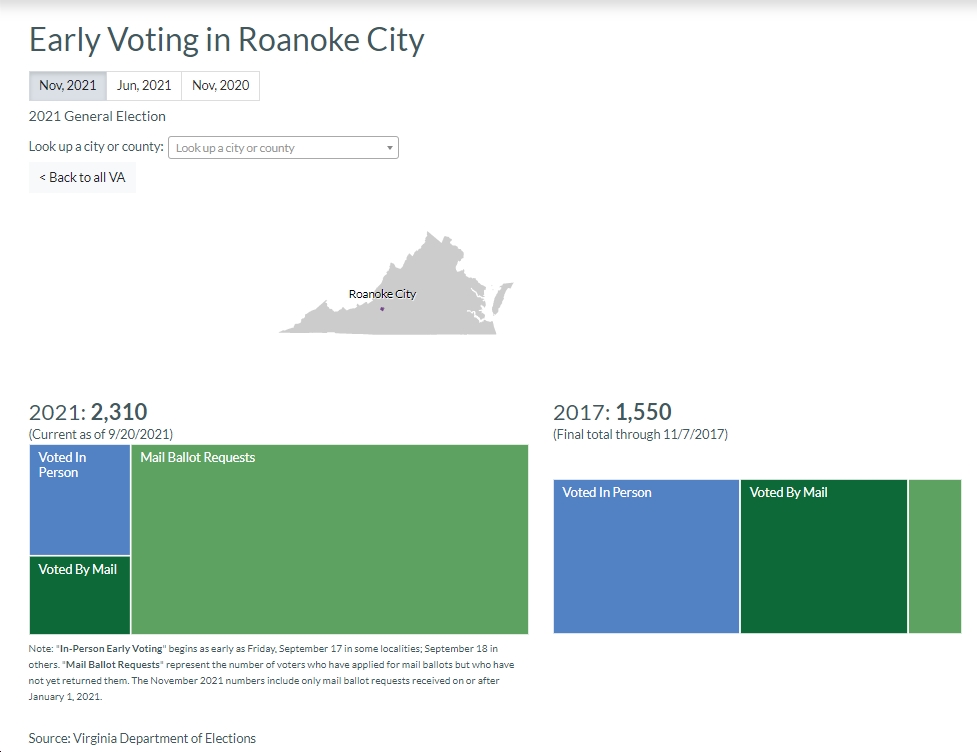 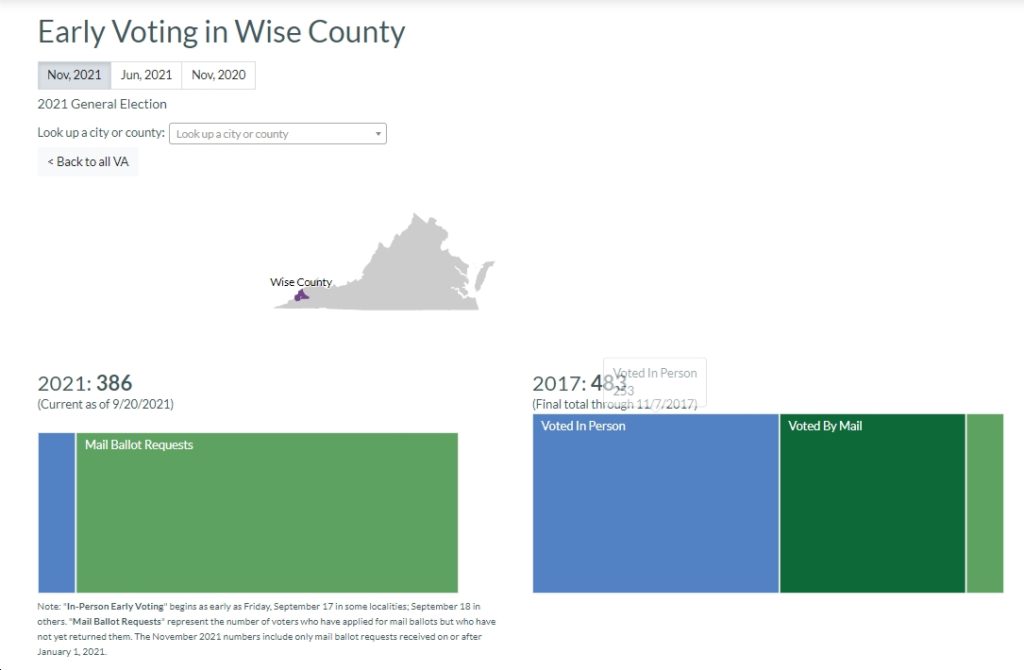 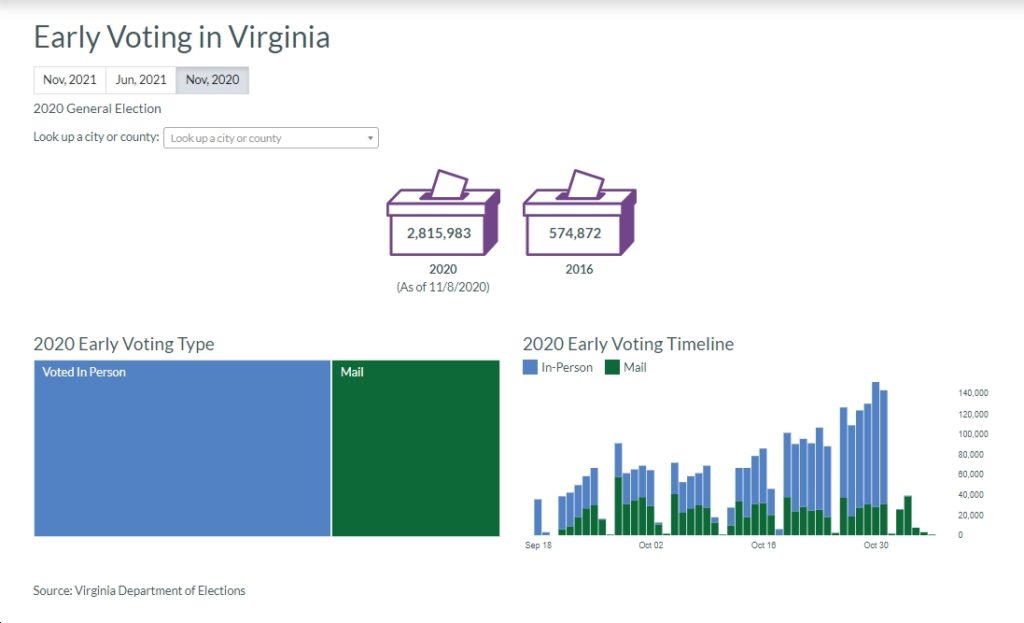 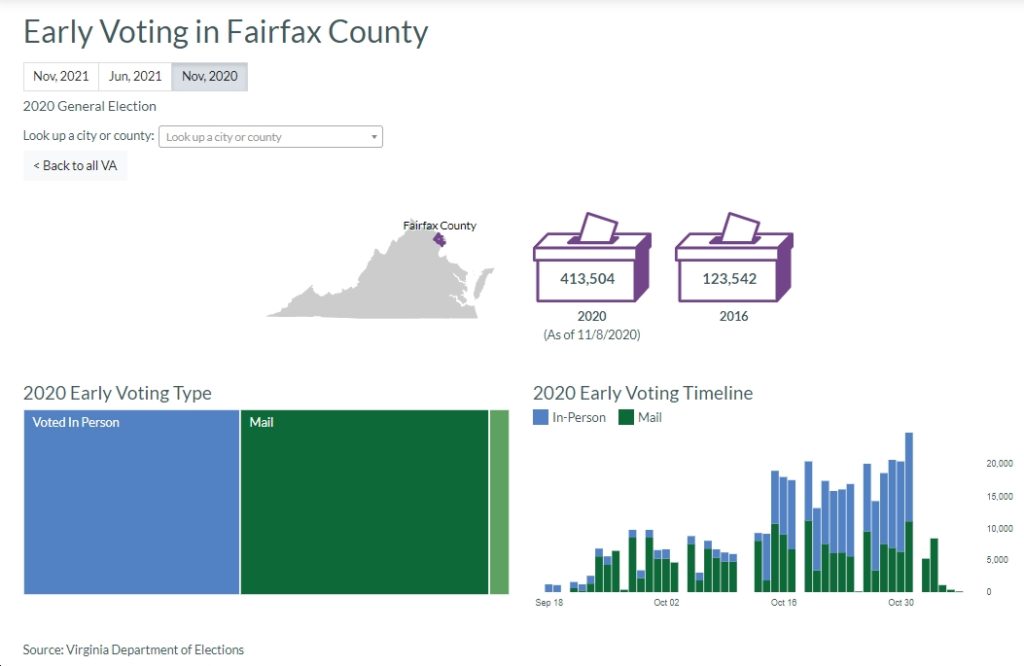 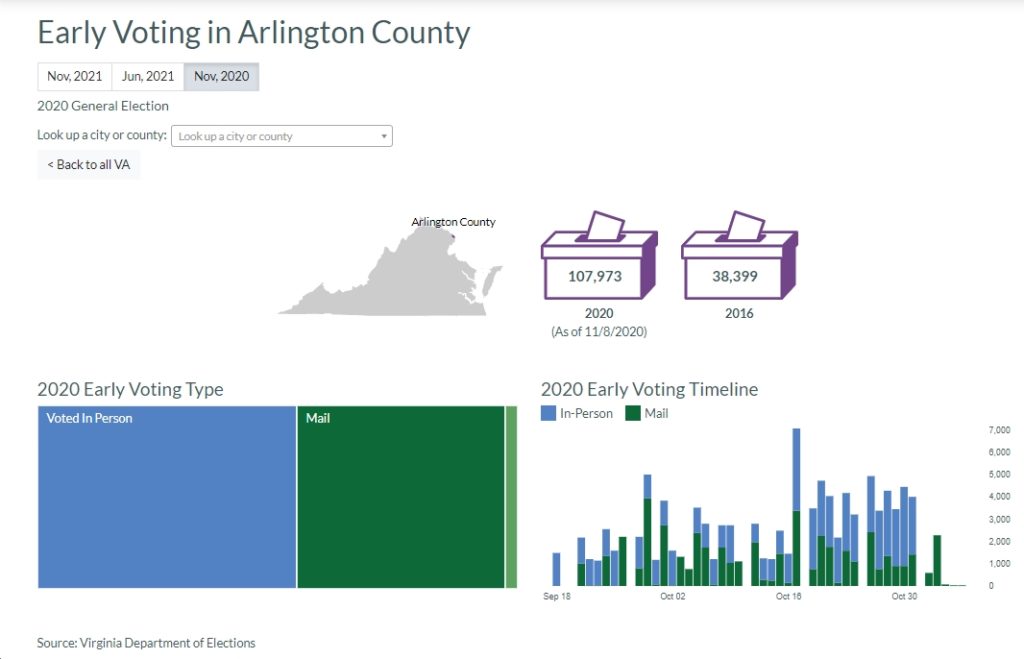 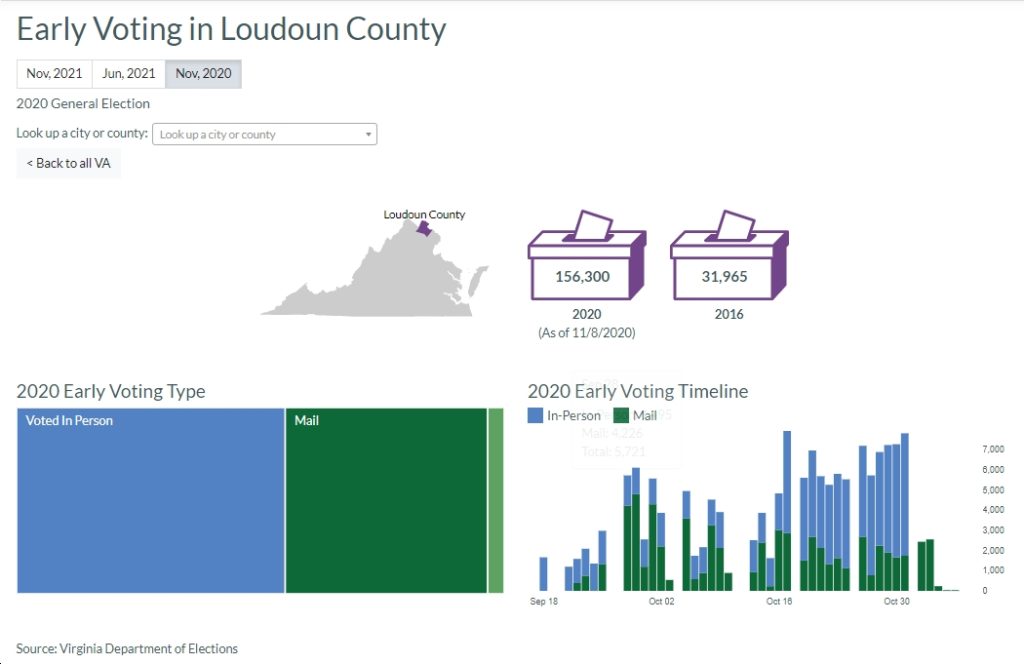 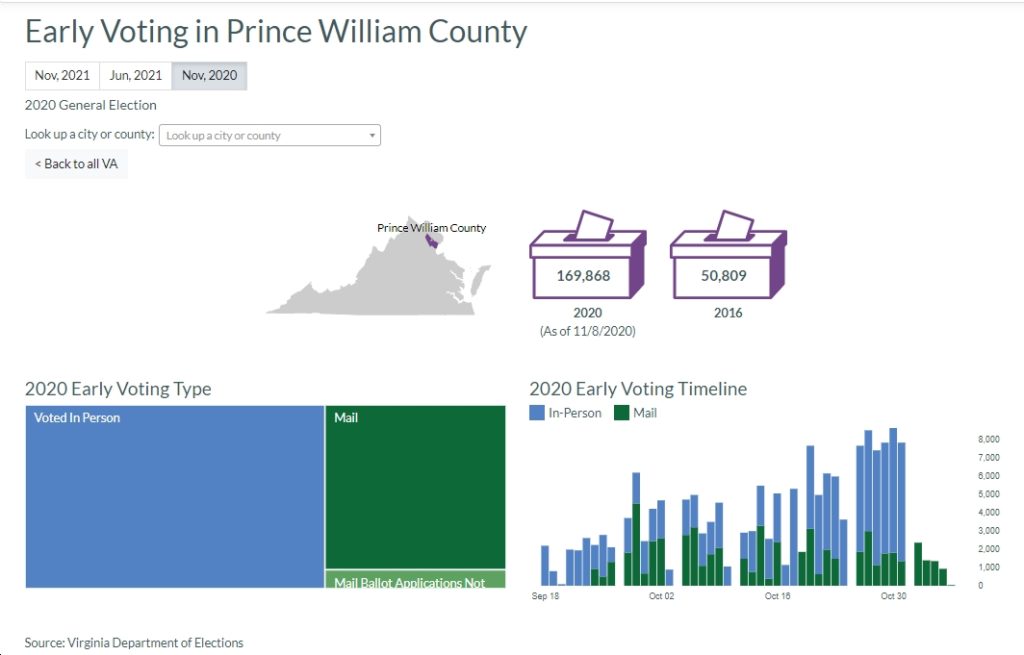 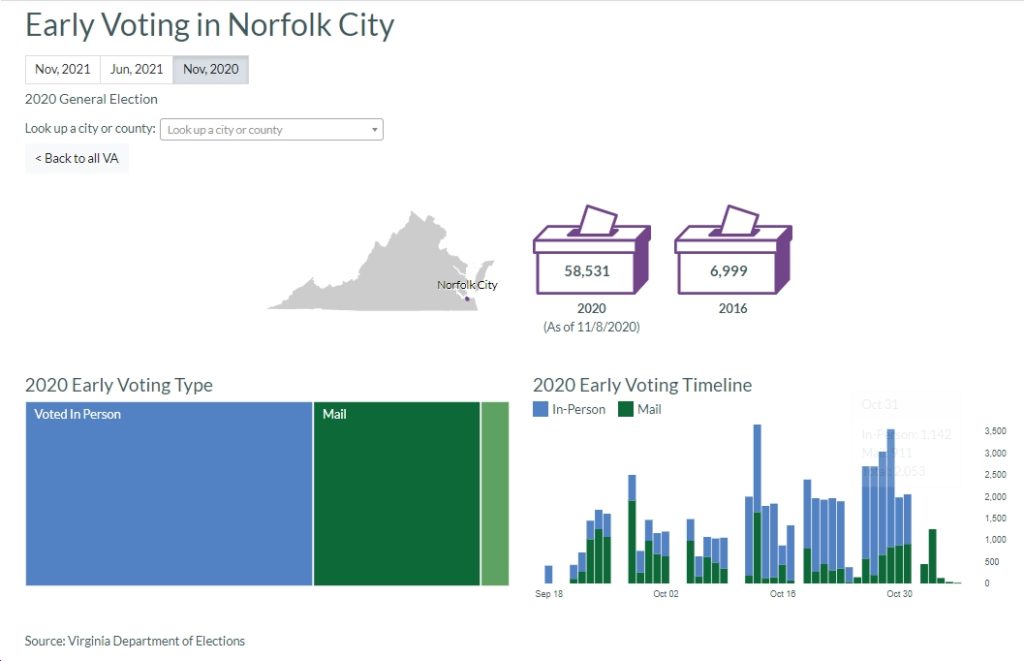 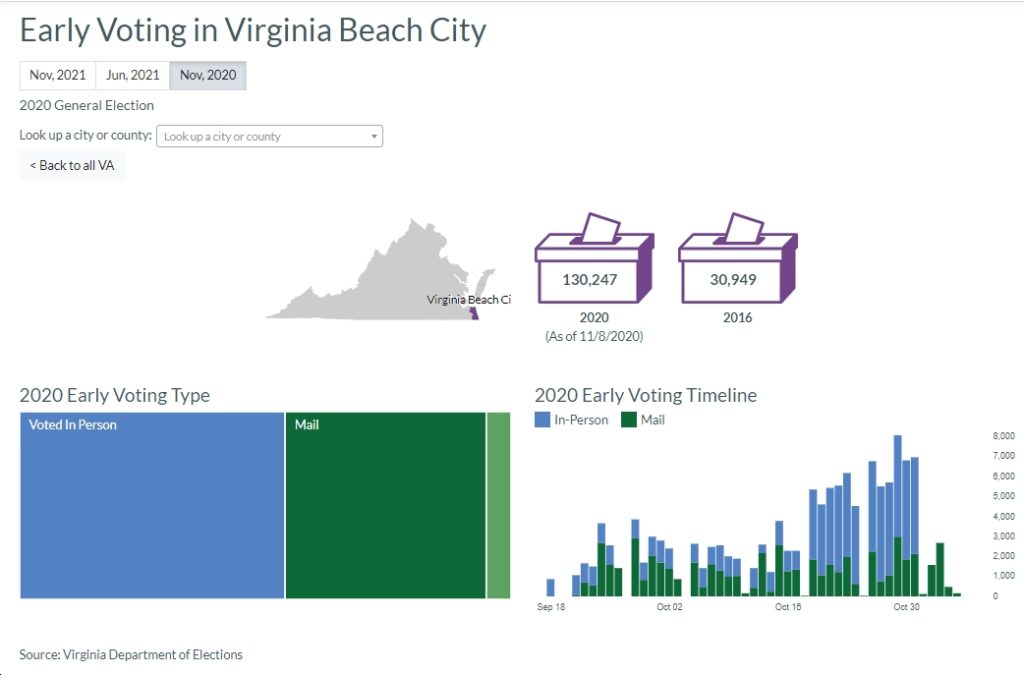 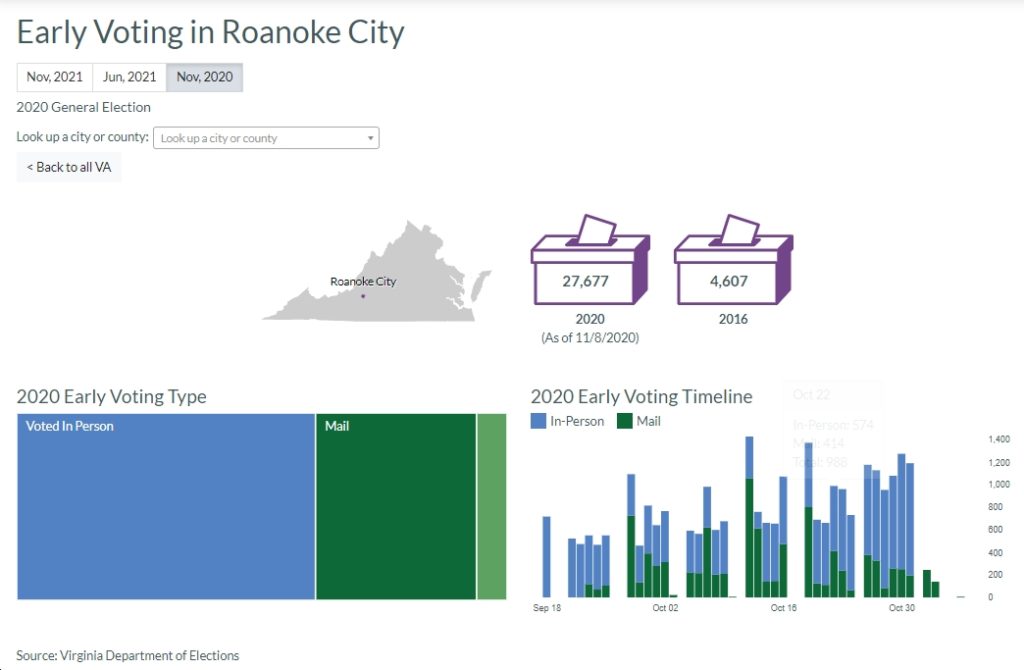 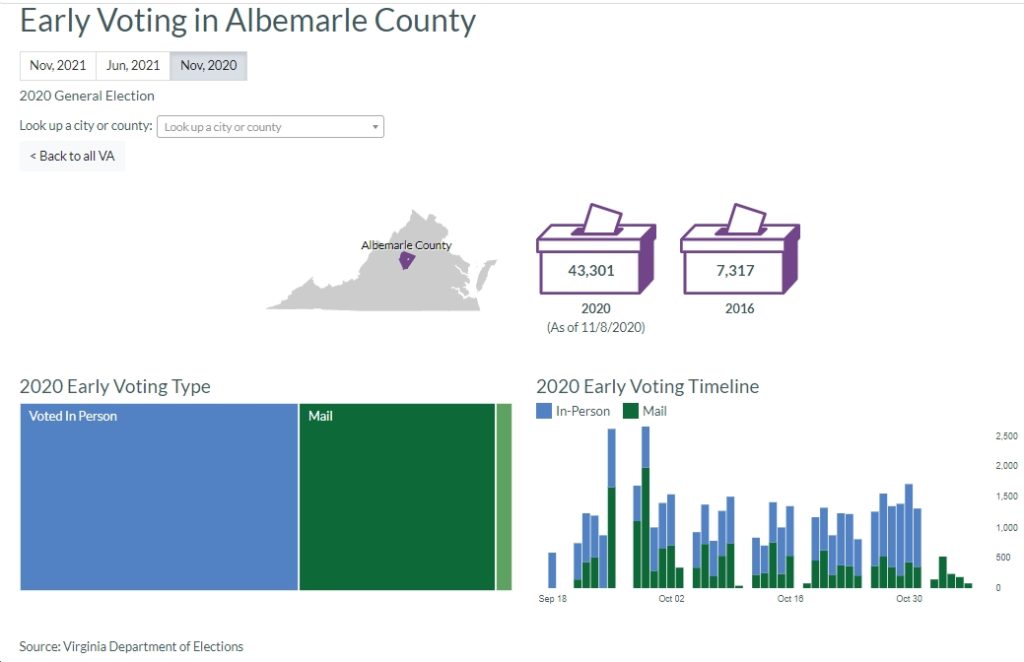 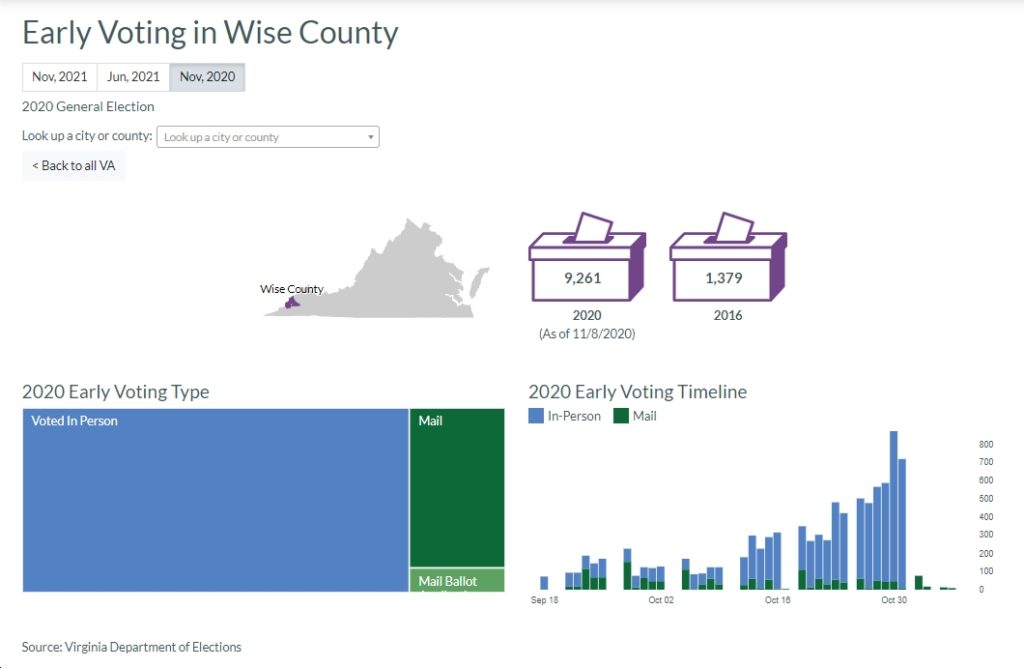