Another day, another lie from Glenn Youngkin, who basically lies like most people breathe. This time, Youngkin is claiming “gas prices” are “skyrocketing,” also that when he’s governor, he will “work to stop the rising cost of living” by – among other things – “suspend[ing] the recent gas tax hike to make life more affordable for all Virginians.”

So basically, every word of this is either a lie, or wrong, or distorted, or just flat-out stupid. Where to even begin? 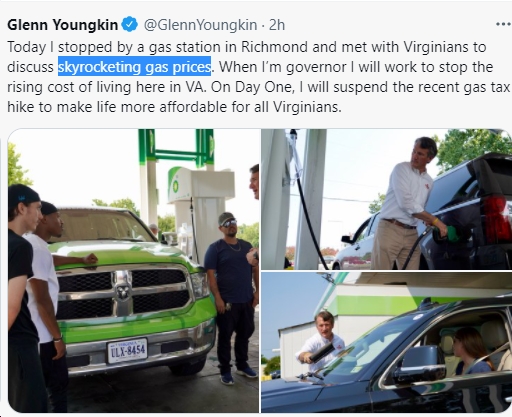 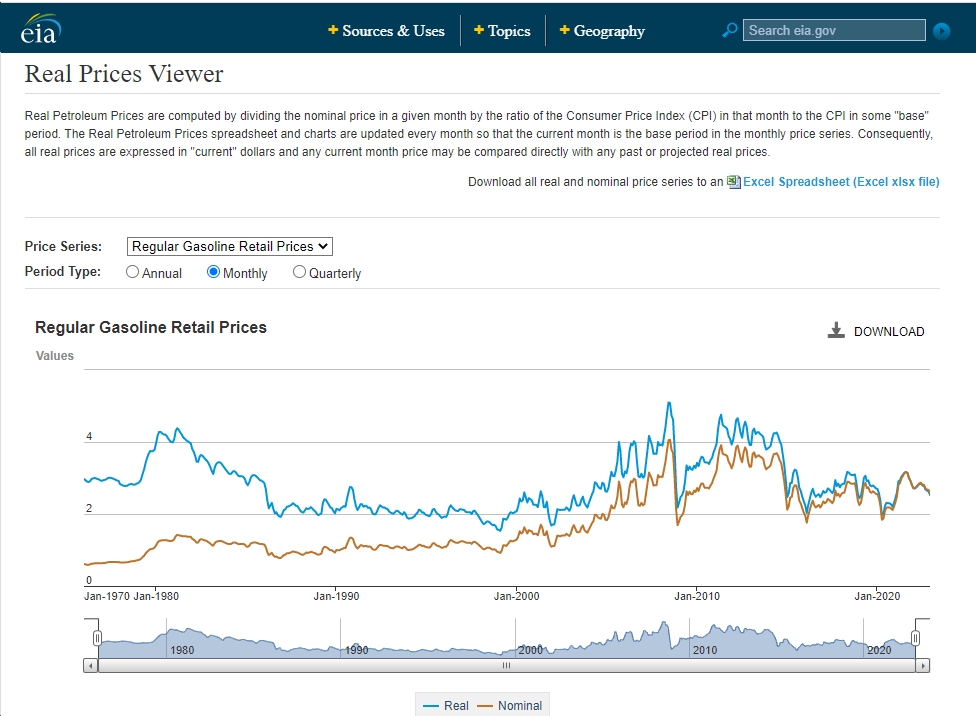 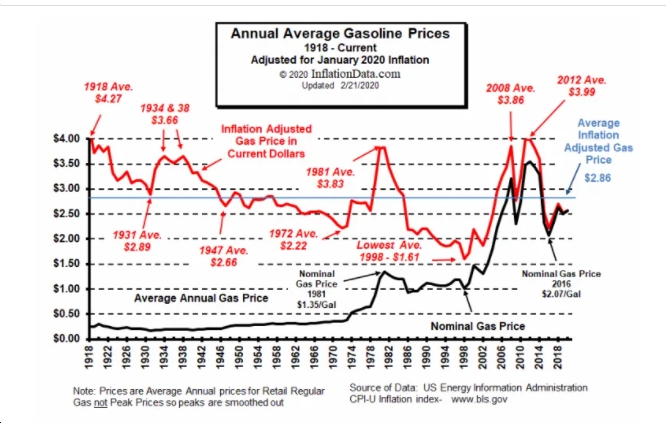 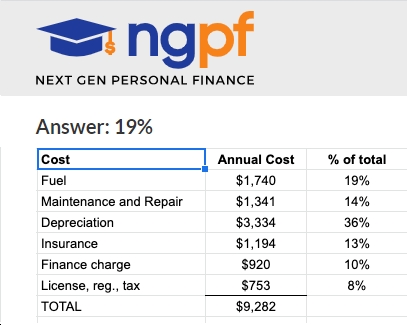