On Tuesday, as Brandon Jarvis of Virginia Scope reported (see below) someone wrote, “If I get the opportunity I will shoot Terry [McAuliffe]! MAGA.” Yesterday evening, Jarvis posted this on Twitter: “Here is a photo from @mikekropfphoto of @TerryMcAuliffe at his campaign event in Charlottesville today with a trooper close by.” So clearly, law enforcement is taking this threat seriously – as they should.

In stark contrast, Glenn Youngkin’s close ally and “surrogate,” Sen. Amanda Chase (R) – who was at the Trump insurrection on 1/6/21 – wrote this morning on her Facebook page (which for some reason is still allowed by Mark Zuckerberg et al) that “These snowflake Democrats whine and cry about threats yet are the first to restrict law abiding citizens 2nd amendment right to defend themselves and then defund the police” and floated a conspiracy theory (“Is it a coincidence that this threat comes the day after a new poll shows Terry and Glenn neck and neck?”), while wildly lying that “Terry’s party that completely supported defunding the police” (in fact, Virginia Democrats have INCREASED funding to police, and none – except possibly Del. Lee Carter, who lost his primary – supports “defunding the police”). So, any thoughts from Glenn Youngkin’s campaign (other than a general condemnation of political violence) on these latest comments from your close ally and surrogate? 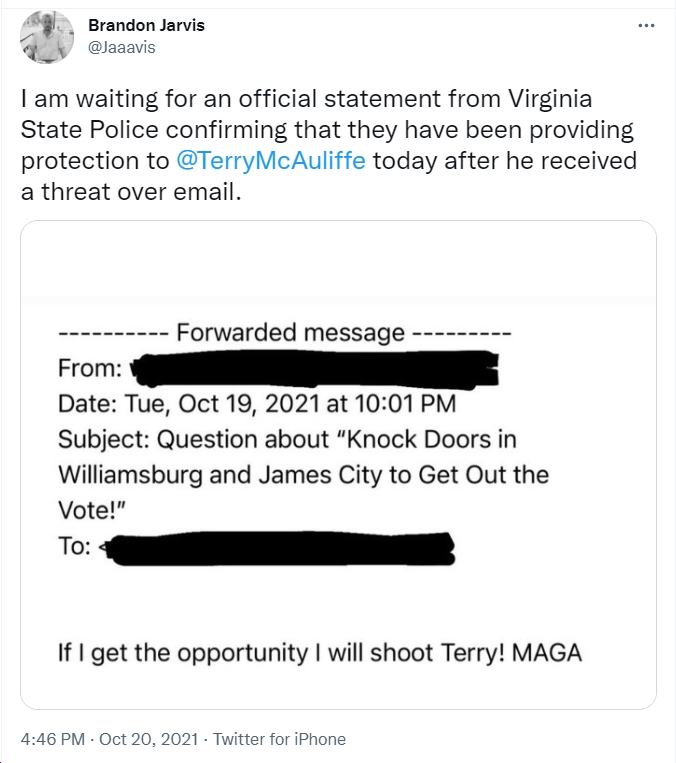 Here is a photo from @mikekropfphoto of @TerryMcAuliffe at his campaign event in Charlottesville today with a trooper close by. https://t.co/9YfhoqPtNJ pic.twitter.com/7eyns4FsUl 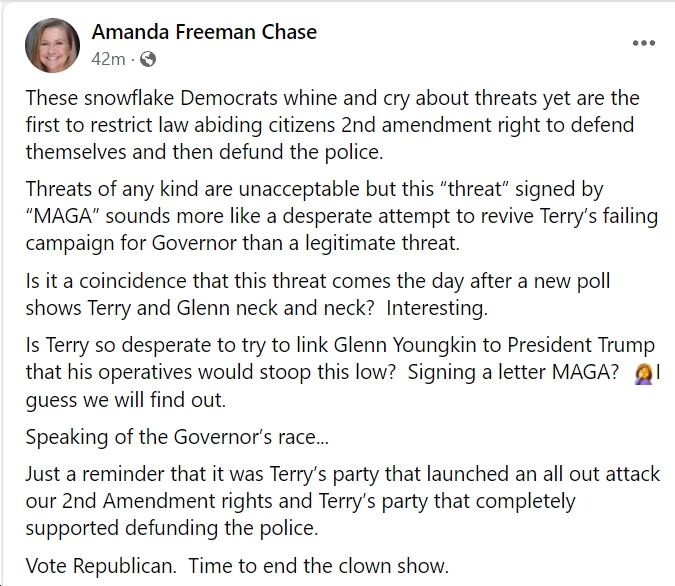