With only 32 days to election day we are in the home stretch.  A woman’s right to choose is on the ballot.  Common sense gun safety measures and a cleaner environment are on the ballot.  Literally everything we have accomplished in the last two years is on the ballot.
And so are the terrific candidates in this week’s Flip.  I implore all of you to canvas,  phone bank, donate, rally–because there is nothing we can’t do when we do it together. If we show up, we will win.  It’s pretty simple.
So we must show up. Let’s bring it home.
Vote for them.  Give to them.  Work hard for them. 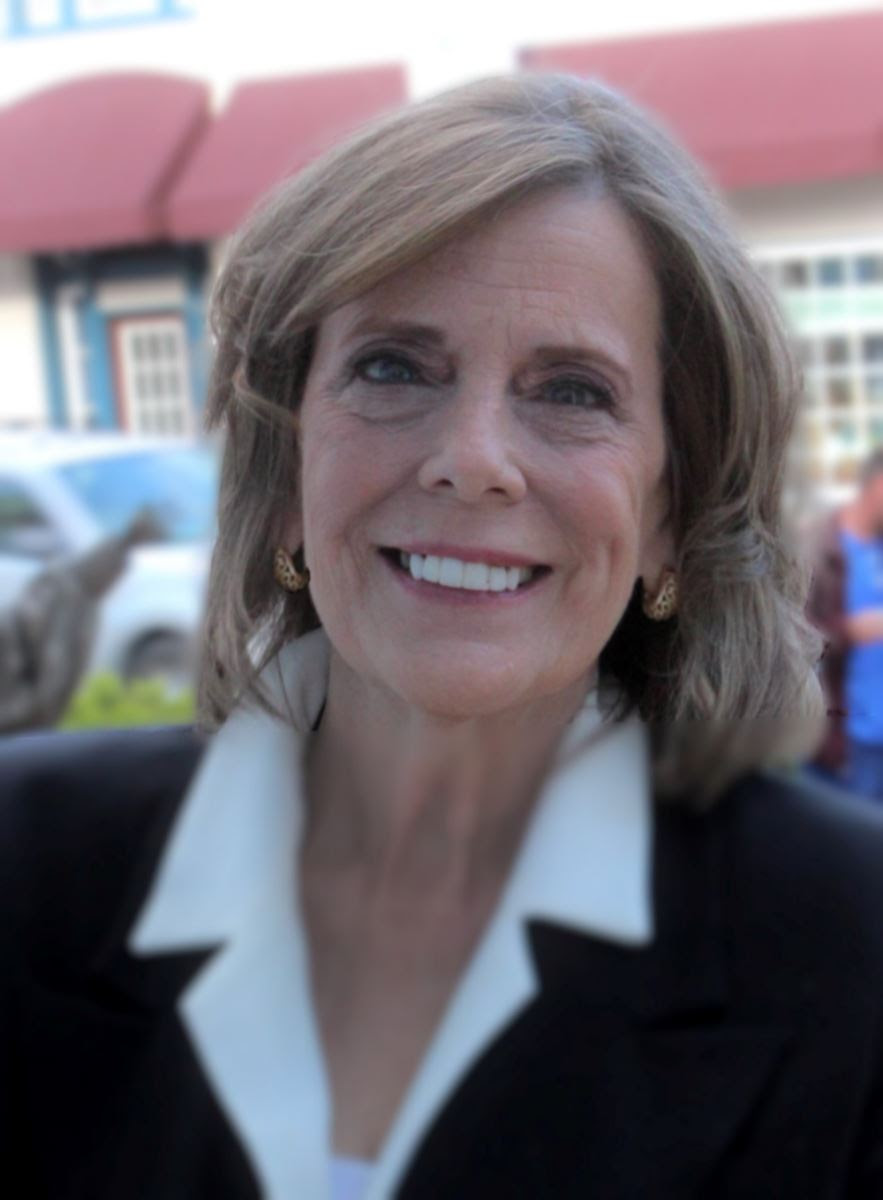 Emily Scott believes everyone deserves a choice. When she realized no one had stepped up to run against Todd Gilbert in Virginia’s 15th District, she knew she had to run. She felt it would be wrong to concede the field without a fight.

Emily is a Shenandoah County native currently employed by the Brotherhood of Railroad Signalmen in Front Royal. She is an active member of the Shenandoah County Democratic Committee, a lifelong member of Emmanuel Episcopal Church, and a member of the Edinburg Lions Club. She attended Central High School in Woodstock, and has a Bachelor of Arts from Randolph-Macon Women’s College in Political Science.

Emily believes we can work to make I-81 safer, wages higher, and affordable health care more accessible. She will work for all the citizens of the 15th District to ensure a safe, secure, and prosperous future. It’s time to change the leadership representing the 15th District in Richmond.

For 15 years, the 15th District has had a delegate, Todd Gilbert, who is hyper-focused on his signature personal belief issues rather than kitchen table issues affecting folks in Shenandoah, Page, Warren, and Rockingham counties.

Just one example of why we cannot let Todd Gilbert win:

Todd Gilbert is the minority leader of the Virginia House of Delegates, and as such is the most powerful Republican in the House. He consistently votes against the interests of his own constituents. For example, he voted “no” on Medicaid expansion — which has helped so many working people. He voted “no” on maintaining a sufficient ratio of teachers to students learning English. He voted “no” on protection against workplace discrimination, and “no” on increasing the minimum wage. He even voted against ratifying the Equal Rights Amendment, which an overwhelming majority of his constituents supported. He is not in Richmond to support the people in his district.  He is in Richmond for his donors and his political ambitions. 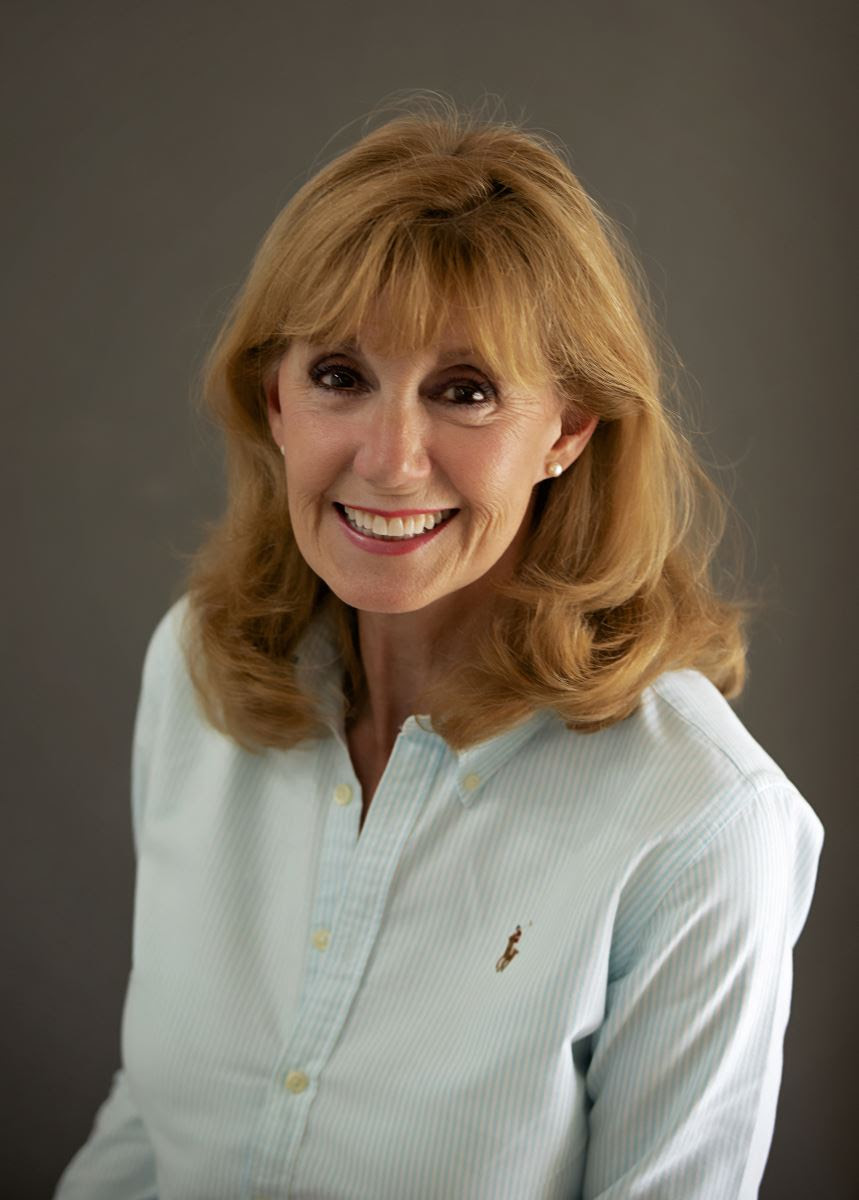 Deetzie is a life-long resident of HD 29 (most of Frederick Co., the City of Winchester and four precincts in Front Royal/ Warren Co.) in the Northwestern corner of the Commonwealth. She graduated from Virginia Tech and Washington & Lee Law School. She traces her family’s roots back to a family member who surveyed the area with George Washington in the mid-1700’s! Deetzie has been an attorney since 1987, both in private practice and as an Asst. Commonwealth’s Attorney in Loudoun County. She is pro-military since her husband is a retired lieutenant colonel in the U.S. Army. HD 29 has been a red district stronghold forever, but she feels she can become a part of the winning state Democratic majority and its recent great legislative accomplishments. Deetzie, like every HoD candidate, recognizes the district and statewide need for enhanced jobs and job training, infrastructure improvements, education, improving the environment and “Building Back Better” when the pandemic eventually subsides.

What Deetzie is up against:

Bill Wiley, the one-term incumbent, is heavily funded and has the backing of both the local Tea Party, the all-Republican Frederick County Board of Supervisors and even some local participants in the January 6th D.C. insurrection
HD-29- For more information on the district please click here.
Contact the Campaign: here 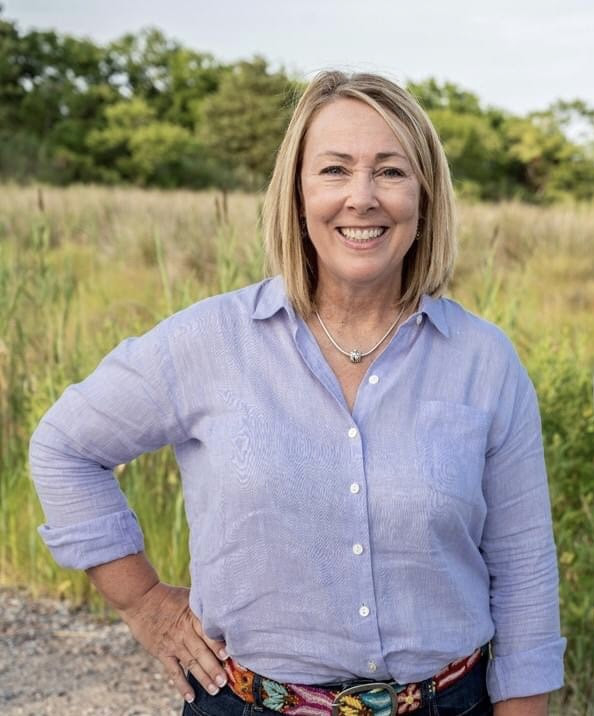 Martha was elected to the Virginia House of Delegates in the fall of 2019 and currently serves on the Education, Finance, and Counties, Cities & Towns Committees. Martha is also the Chair of the Chesapeake Bay Restoration Fund Advisory Committee and serves as a member on the Fort Monroe Authority Board of Trustees, GO Virginia (Virginia Growth & Opportunity Board), Southern States Energy Board, Virginia Commission on Coal and Energy, Education Committee of the Southern Legislative Conference (SLC) of The Council of State Governments (CSG), and finally is the current Chair of the Virginia Arts Caucus.

Before being elected to the House of Delegates, Martha served on the Hampton School Board from 2008 to 2019 and was Chairman of the Board for four of those years from 2012 – 2016.

Martha received her BA in Communications from Radford University and is an Executive Assistant for Financial Services and Strategy at Old Point National Bank. She previously worked in university admissions, public, community and media relations.

Why should the voters of the 91st re-elect her to the Virginia House of Delegates?

Martha is the candidate in the 91st District committed to keeping our economy strong and bringing good-paying jobs to Hampton Roads. As a community banking professional, she works every day for our small businesses and job creators. As Delegate, she established the Office of Offshore Wind, creating clean energy jobs here in Virginia.  With roots in public education, she fought for a 5% pay increase for teachers and will continue to press for teacher salaries that align with the national average. She secured funding for career and technical education, so Virginians have the skills they need to earn better wages, and  supported the Rebuild Virginia Program to assist small businesses in the post-COVID economic recovery. The voters of the 91st should re-elect Martha so she can return to Richmond to promote job growth and energize our economy.

What does she hope to accomplish when she is re-elected?

Martha will work to secure funding for job training and technical education which will pave the way to good-paying jobs on the Peninsula. She will remain committed to raising teacher salaries in Virginia to align with the national average and lowering the cost of prescription drug prices.

What is the most important issue facing her district, and what is her position on it?

The two most important issues facing the district are assisting our small businesses recover and thrive in the post-COVID-19 economy, and making healthcare more affordable and more accessible. We can make healthcare more affordable by lowering the cost of prescription drugs and ensuring those with pre-existing conditions have access to high quality care. As Delegate, she voted to cap the cost of insulin co-pay at $50 per month and sponsored legislation that assisted small businesses in the post-COVID-19 economic recovery.

What is her position on Virginia’s overall response to the coronavirus pandemic, and what might she have done differently?

She believes that Virginia had a very cautious and pragmatic response to the coronavirus pandemic and as a result we were able to save lives, while also ensuring our small businesses had the resources to stay afloat. The Commonwealth has worked with the CDC and Virginia Department of Health to ensure that testing was available on a broad scale and launched vaccination sites in all parts of Virginia.  Vaccination remains a challenge in many communities and resources have been directed toward increasing vaccination rates.  With hindsight, she would like to have seen more resources and funds given to the Virginia Employment Commission so that it was more prepared to handle the immense influx of newly unemployed Virginians seeking benefits.  There continue to be unsettled appeals without resolution which remains a concern for many Virginians.

What are the top three issues created by the coronavirus pandemic in your district, and how would you plan to address them?

Concerns about reopening our public schools 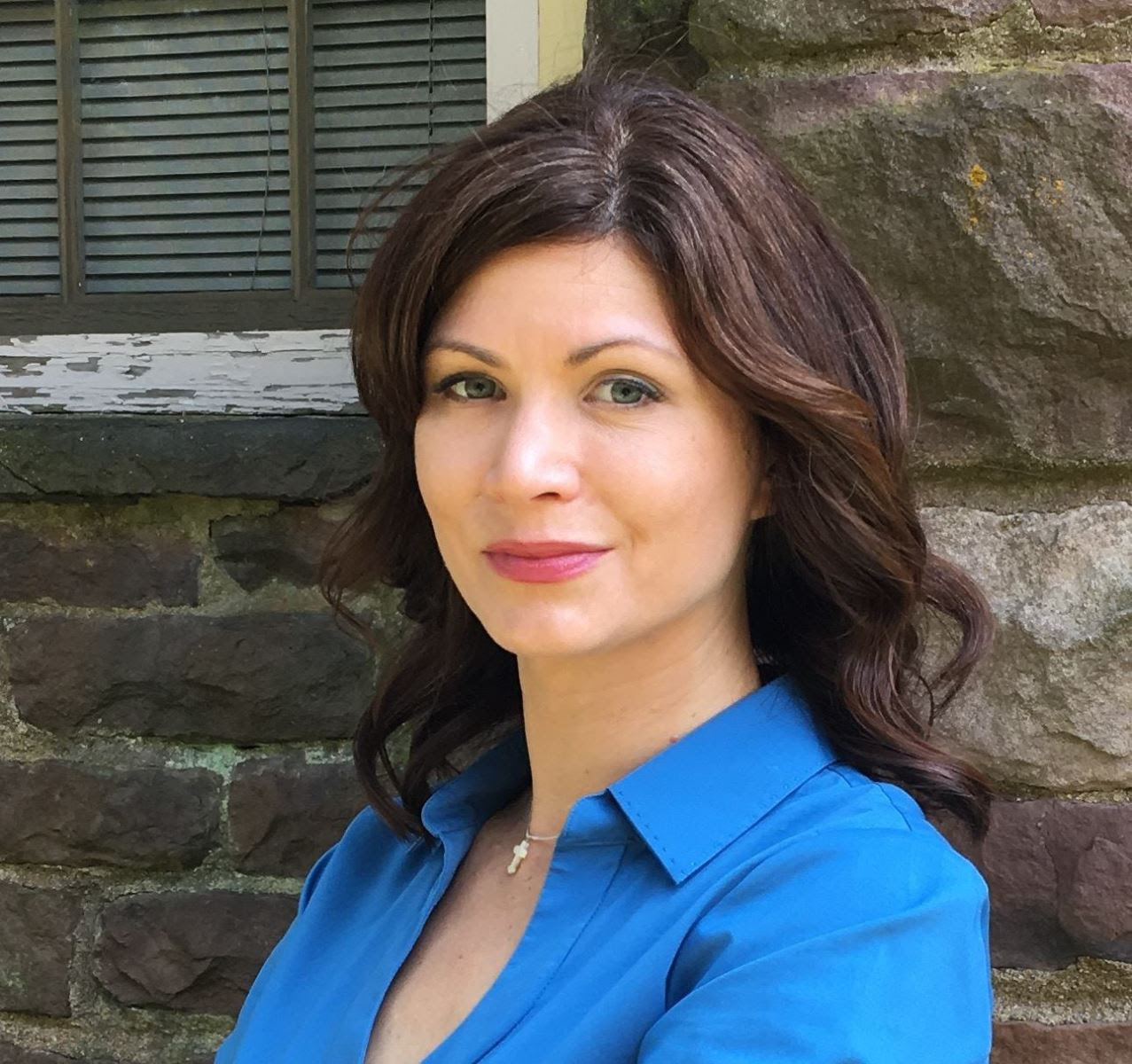 After college, Delegate Karrie Delaney worked at a group home for foster children, helping kids move out into the world with the life skills they needed to succeed. She saw firsthand how state policy can affect the lives of vulnerable children. Karrie then volunteered as a sexual assault counselor and became Board President of her county’s crisis counseling organization.  After moving to Northern Virginia with her husband Patrick to start their family, Karrie became the Communications Director for Shared Hope International—a non-profit dedicated to ending sex trafficking.

Since flipping her seat from red to blue in 2017, Delegate Karrie Delaney has been a voice for Virginia’s most vulnerable citizens in Richmond.  She’s carried successful, bipartisan legislation to protect survivors of abuse and to combat human trafficking. She voted to expand affordable healthcare access to families across the commonwealth, cap the cost of Insulin, and ended surprise medical billing.  Karrie also worked hard during the pandemic to deliver much needed relief to her constituents and make sure families could put food on the table.

HD-67 is located in western Fairfax county, with a few precincts in Loudoun county, and is centered around Chantilly.  The 67th District is one that tracks heavily against the party of the occupant of the White House; in 2005 after George Bush’s reelection a Democrat flipped the seat, then after Obama was elected in 2008, the Republicans flipped it back.  Finally after Trump won in 2016, Karrie was able to flip the seat again; with Joe Biden in the White House it’s important we break the streak and reelect Karrie.

Her opponent this year is named Bob Frizzelle, a former Air Force Veteran and defense industry executive.  He is running his campaign focusing on divisive culture war issues that are firing up the Republican base, while Karrie’s running on continuing her work to deliver solutions for the needs of everyday Virginians.  If Bob wins, he’s threatened to roll back the clock on the progress Democrats have made in the majority in Virginia.  We need to work hard to turn out the voters who first elected Karrie in 2017, and we need your help to do it.

That’s it for Volume XII of our Flip-a-District Friday series.  I encourage you to review this email and future editions to find a candidate or candidates whom you would like to support with your time or financial resources.