This is waaaaayyyy too close for comfort. C’mon, Virginia Dems, time to wake the you-know-what UP!

A Nexstar/Emerson College poll released Wednesday shows Democrat Terry McAuliffe with 49% of support among likely voters in the governor’s race and Republican Glenn Youngkin with 48%, a difference well within the survey’s margin of error of plus or minus 3.9 percentage points. While early voting for the Nov. 2 election is already underway, two percent of likely voters said they were still undecided.

“What we would really expect in a normal year, a Democrat against a Republican, based on the data we’ve had in recent elections, is that McAuliffe should cruise to a comfortable victory. But that’s not what we’re seeing in the polls,” said 8News political analyst Rich Meagher. 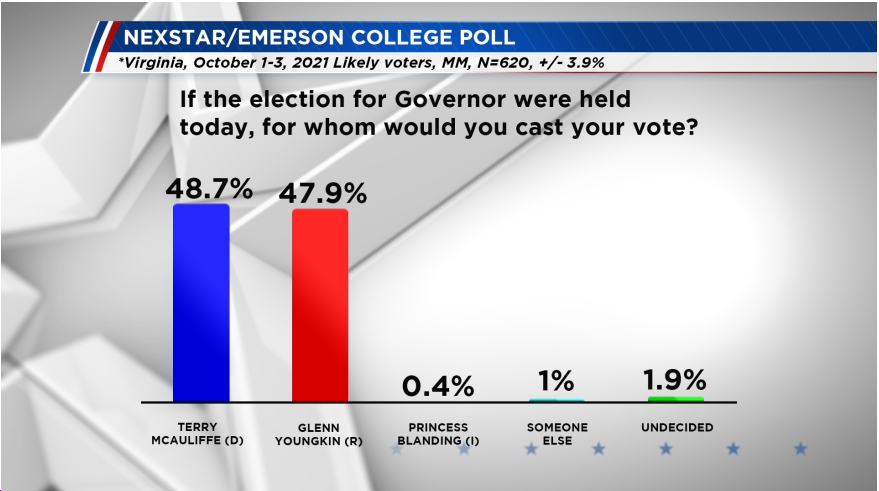 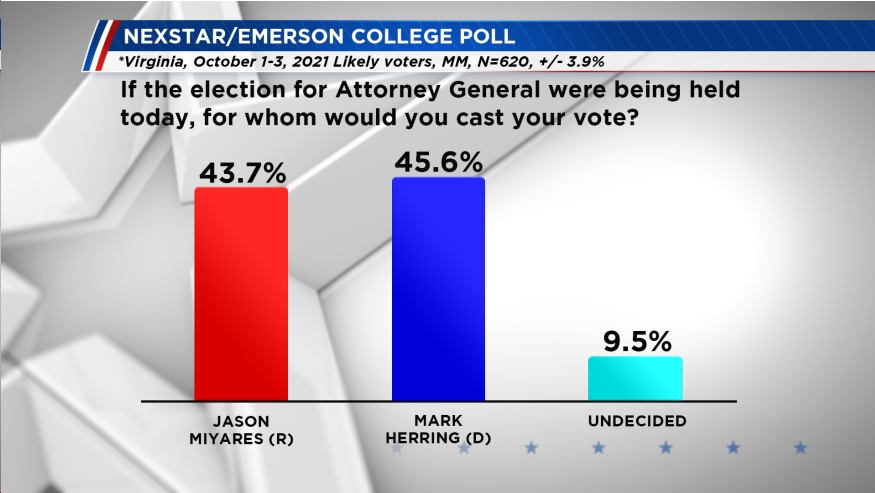