Thanks to the always-excellent Greg Sargent of the Washington Post for highlighting this new report from Democratic Super PAC Forward Majority. As Sargent explains:

You often hear Democrats lament this ongoing GOP capture [of state legislatures and governorships]. Here’s what you hear less often: This is happening even as a confluence of factors is dramatically raising the stakes around who controls those governments on numerous fronts that carry far-reaching implications, including for the survival of U.S. democracy itself.

A new report from the Democratic super PAC Forward Majority urges Democrats to go on offense to change this state of affairs — with an eye toward the imperative of regaining ground in the states as critical to protecting democracy over the long term.

Of course, here in Virginia, we know how crucial it is to make sure that Democrats are in charge of the General Assembly and Governor’s mansion. Contrast the past two years, with a Democratic “trifecta” – which passed *hundreds* of pieces of progressive and environmental legislation, transforming Virginia for the better in so many ways – with the many years of Republican House of Delegates majorities – which blocked progress on just about every front – that preceded the 2017 and 2019 “blue wave” elections. Now, with narrow Republican victories this past November for governor and House of Delegates, we can expect a return to making no progress, and to fighting against Republican efforts to reverse the tremendous progress we made under Democratic leadership. And, of course, we’ll have Gov. Glenn Youngkin (R) appointing people to important boards and commissions, including electoral boards. So…yeah, making sure that Democrats win these elections is absolutely crucial, as we’re about to find out – the hard way – here in Virginia.

The maddening thing, as the new report by Forward Majority discusses, is that the loss of state legislatures and governorships across the country was almost certainly avoidable. Instead, inexcusably, here’s what happened instead:

Democrats’ failure to invest effectively in state legislative power over the past decade is a root driver of this crisis. Fundamentally, there are three deficits in the current investment model: (1) an overwhelming focus on federal power and races higher on the ballot; (2)  short-termism, focused on individual election cycles — and often just the final two months, failing to engage with key voters the other 22 months of a campaign cycle; (3) it has overlooked voter registration and base-building in key suburban and exurban geographies where state legislative power is won or lost.

I’d add that Democrats have also failed to build a strong (or any) messaging infrastructure, at the same time as Republicans have built a powerful, right-wing “echo chamber” spanning television, social media, radio and newspapers. The result, as we saw in the 2021 Virginia elections, is that Republicans can easily push their messaging – including fear mongering, demagoguery and outright lies – with basically no pushback from Democrats or from the “mainstream media,” which mostly does “both sides” false equivalence, which accepts right-wing framing/narrative mostly unchallenged, and which largely is willing to reprint – basically as stenographers – the lies and fear mongering from the right (e.g., “Critical Race Theory!”), without calling it out for what it is. Yes, it’s disgraceful, but unless/until it changes, it’s also reality, and Democrats needs to figure out ways to combat this, or we’re going to lose elections we should be winning, such as the 2021 Virginia fiasco…

Other than that, what’s the answer? According to Forward Majority, “Reclaiming critical footholds of power in state legislatures requires a multi-cycle, long term strategy to address these deficiencies and prepare Democrats to win in the years ahead.” That’s going to require ” three core pillars of work, all in strategically valuable, chronically neglected areas of the state legislative battleground”

“(I) shaping the electorate by investing and innovating in voter registration in neglected geographies through a state legislative lens; (II) engaging voters year-round to build a local narrative and brand with key audiences, rather than ceding the message war to Republicans for 20 out of every 24-month election cycle; and (III) doubling down on our muscular campaigns at the legislative level, and committing to them for the long term.”

Do all of these things seem obvious? Yes, well, that’s because they ARE obvious, or at least should be! And yet…they haven’t gotten done, despite some of us (raises hand!) making similar arguments for many, many years. So maybe now, with our democracy in serious jeopardy, and no time left to squander, Democrats will FINALLY start taking seriously the absolute necessity of building and holding power at the state and local levels? Hint: the answer to that question had better be an emphatic YES, or we’re screwed.

With that, here are three graphics from Forward Majority, which find: 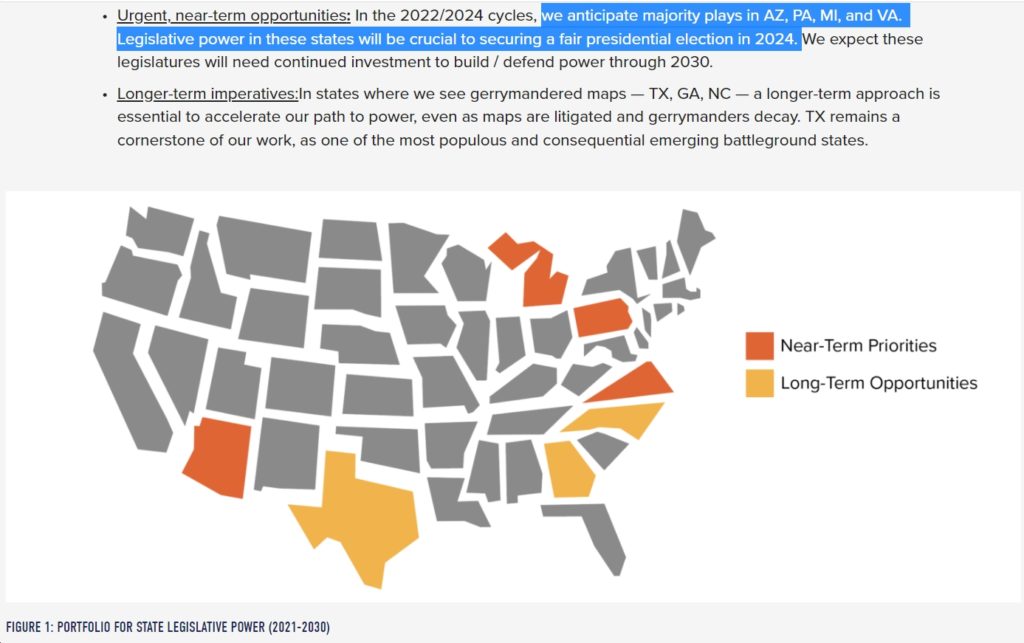 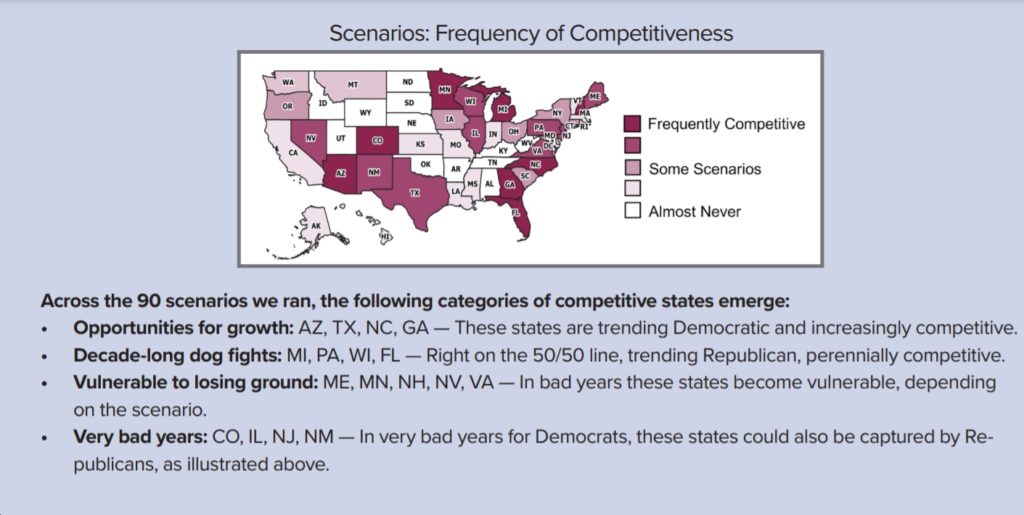