University Counsel Tim Heaphy was removed from his role by Attorney General Jason Miyares, per a statement issued by the University Saturday. ending a three-year tenure. Most recently, Heaphy had been on a leave of absence from the University working as the chief investigative counsel for the Select Committee on the Jan. 6 attack on the U.S. Capitol.

“I’m unsure why it makes sense that the AG of Va. _can_ fire the university counsel at U-Va., but we can make a good guess as to why he _has_: retribution for his role, while on a leave of absence from C’ville, as chief investigator for the 1/6 committee.“

But wait, an above-board guy like Jason Miyares, who claims he’s a strictly-by-the-book “balls and strikes guy,” would never do such a thing, right? Right? Hmmm… 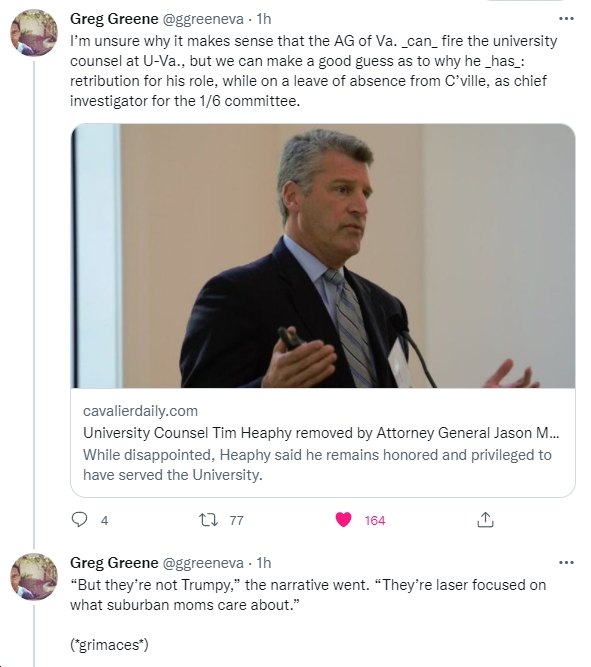