I mean, you expect someone as extreme and “out there” as faaar-right State Senator Amanda Chase (R) to present bizarre bills such as the following, but at least prior to the rise of Trump/Trumpism, there might have been a few – or even a lot – of relatively sane Republicans who would have laughed a “hydroxychloroquine & horse dewormer” bill out of their committee. But not this morning, in the Virginia Senate Education and Health Committee, where Chase’s SB73 (“Prescriptions for hydroxychloroquine and ivermectin for treatment of COVID-19″) was supported by every Republican on the committee (including Siobhan Dunnavant, who’s actually a doctor!), and only defeated because Democrats have the majority and all voted no. Scary times…and as Sen. Louise Lucas points out, a crystal-clear explanation for why it’s so important that Democrats maintain their “firewall,” and that the Trump Republican Party is never given the reins of power in this state (or country).

P.S. Thanks to Goad Gatsby for the video of Sen. Lucas, who chairs the Virginia Senate Education and Health Committee, ordering security to clear the room of Amanda Chase’s supporters…one of whom repeatedly tells Sen. Lucas “you will pay for this one day.”

After the bill is defeated Senator Lucas has to deal with the peanut gallery as they are escorted out. pic.twitter.com/7GoNokiqpK 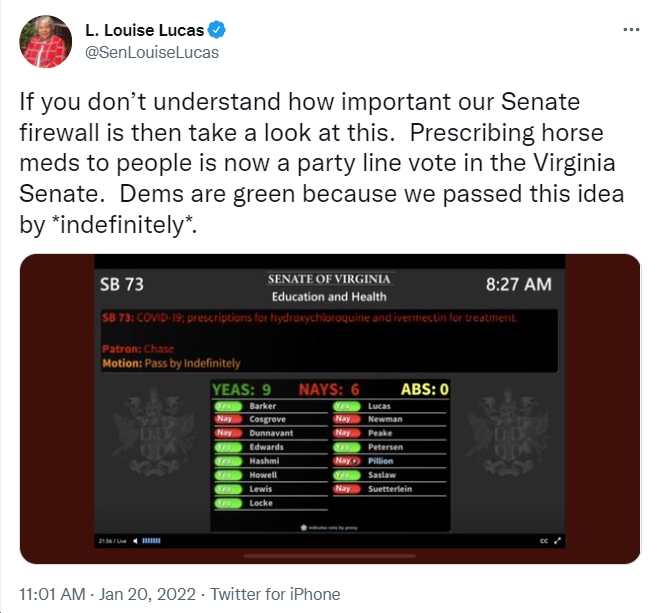 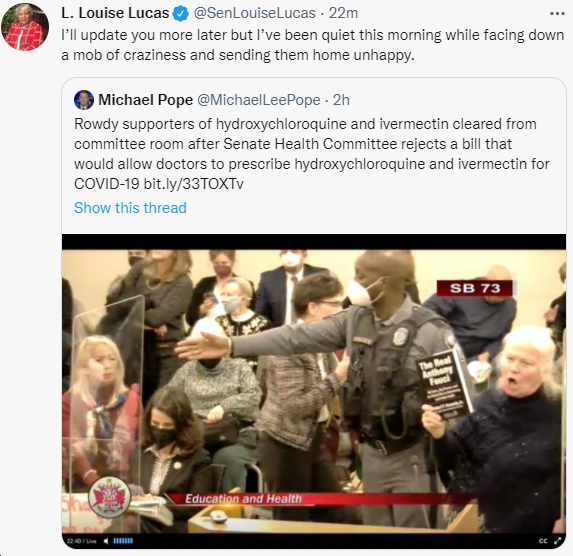 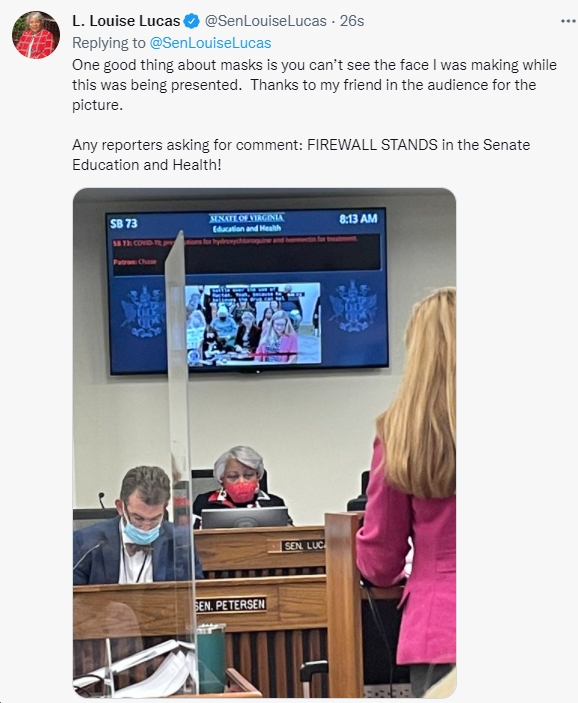 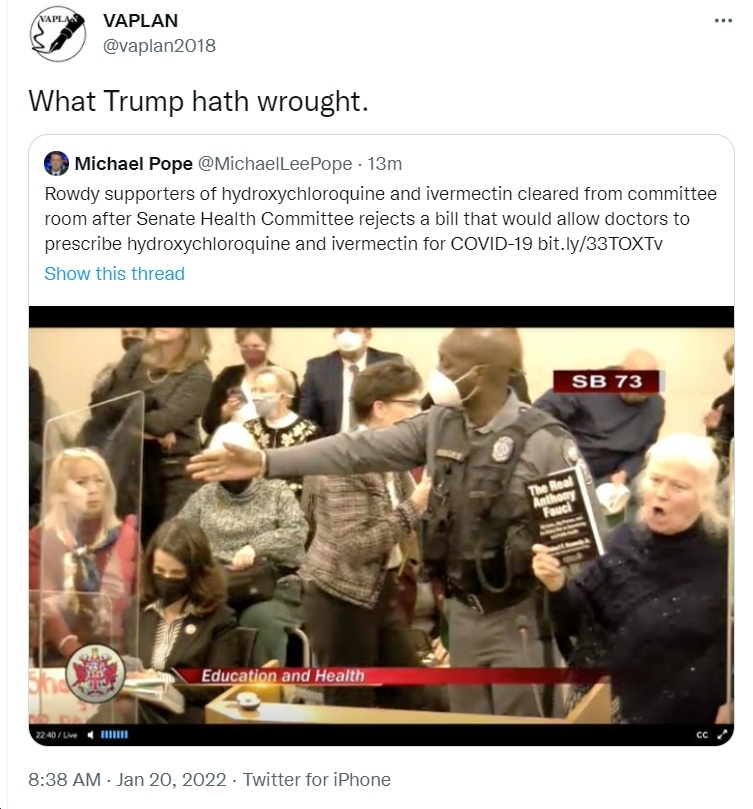 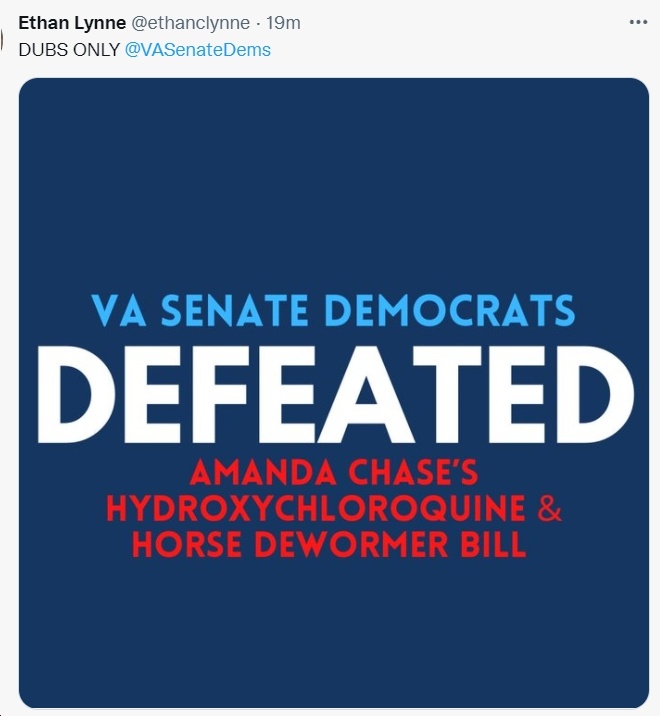 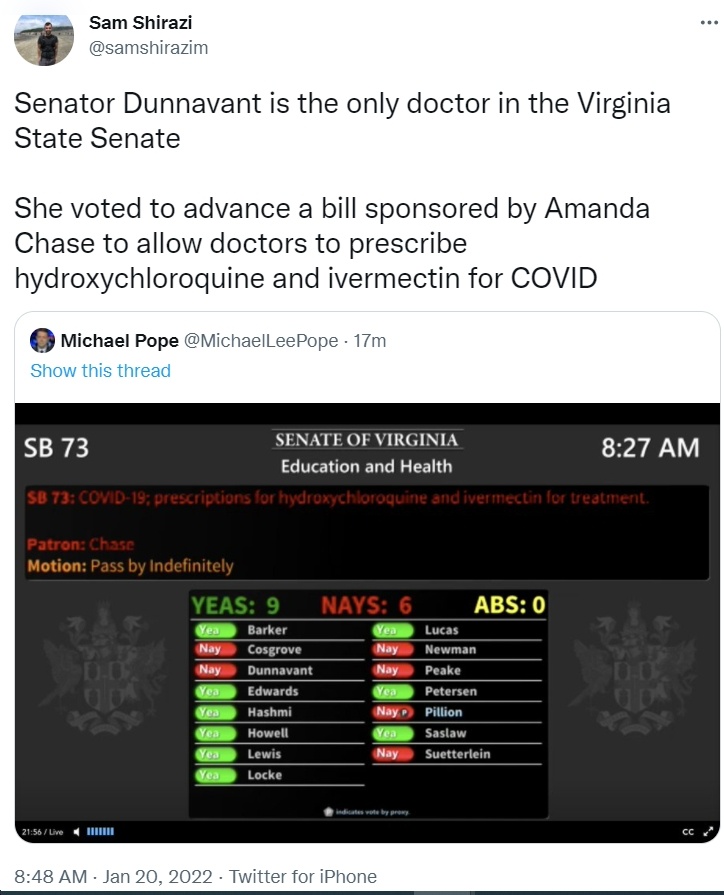