According to Makary’s Wikipedia page:

During the COVID-19 pandemic, Makary has been a critic of COVID-19 mitigation policies that led to shutdowns of businesses and schools as well as non-targeted efforts to mandate vaccination. He describes his views as “different from the ‘standard party line'”.[27][28] Makary was an early supporter of universal masking, writing a New York Times op-ed in May 2020 in which he suggested it would enable safe reopening of businesses and schools.[29] When COVID-19 vaccines became available, Makary argued in a February 2021 op-ed in The Wall Street Journal that the United States would achieve herd immunity for COVID-19 around April 2021, and later criticized Anthony Fauci for predicting that 75-80% vaccination rates would be required for herd immunity.[30][31] This prediction later proved to be incorrect, in part due to the rise of the Delta variant.[32] Makary considers himself pro-vaccine, but has also criticized vaccination mandates for populations other than healthcare workers, highlighting the risk of myocarditis in young male vaccine recipients as a reason to exercise caution.[28]

Click here to read Dr. Makary’s op-ed in the Wall Street Journal,  which argued (wildly wrongly!) in February 2021 that the country was “racing toward an extremely low level of infection” and that, “at the current trajectory, I expect Covid will be mostly gone by April [2021], allowing Americans to resume normal life.”

Perhaps not surprisingly, Makary is a frequent “Fox News contributor, such as this appearance on January 7, in which he discusses “Oakland teachers calling classrooms a ‘death trap,’ and natural immunity.” Also see below for a transcript from Makary’s appearance the “Kilmeade Show,” in which he argued that strict Covid protection policies at colleges are “anti-scientific and just downright cruel,” that they are “dogma,” that “the good news is students are pushing back like we saw during the Vietnam War,” and that “students need to rise up and demand data, not dogma.” 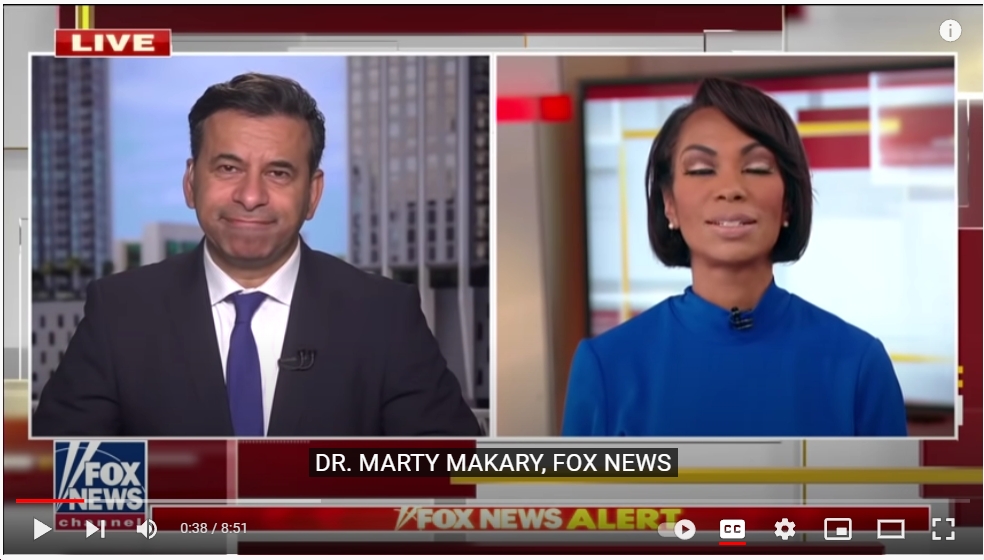 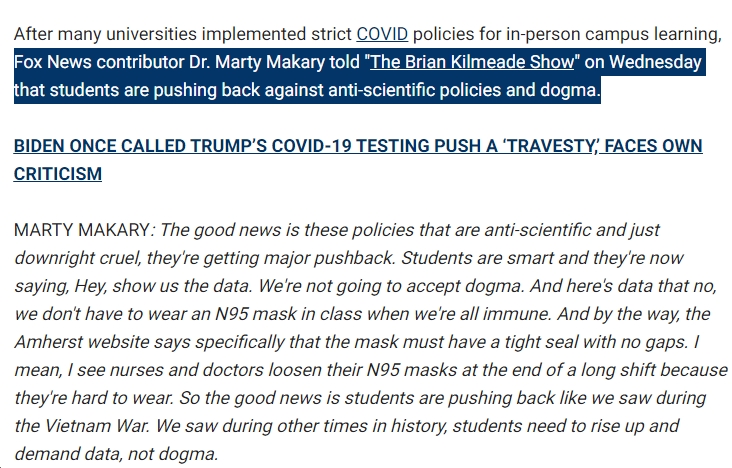 Friday Night Update from the ER in Arlington, VA: “COVID numbers continue to move in the right direction.”