A few minutes ago, the VA State Senate finished rejecting a series of bats***-crazy, conspiracy-theory-driven, “election integrity” amendments to the budget bill (SB30) by, you guessed it, faaaar-right Sen. Amanda Chase (R-Chesterfield). It’s painful and embarrassing to even listen to Chase spewing this unhinged crap, but see below for video if you’re a glutton for punishment.

Also, see here for her absurd amendments, which basically would spend millions of Virginia taxpayer dollars conduct “forensic audits” and otherwise to try to find something – anything! – wrong with the 2020 (or 2021?) election. Note that the Virginia Department of Elections’ post-2021-election report found that the 2021 Virginia General Election “was a resounding success and a testament to the tenacity, talent, and dedication of local election
administrators and Electoral Board members, the State Board of Elections (SBE), and ELECT staff”, while a Virginia Department of Elections’ post-2020-election report “confirmed with over 99% confidence the original count of votes accurately reflected the winners in Virginia for both the United States Presidential and Senate race,” with just “a .00000065117% chance” (that’s right, six zeroes after that decimal place)! “that the outcome of the Presidential election in Virginia was inaccurate.” In short, Chase is completely, wildly wrong in her outlandish, irresponsible and dangerous claims. 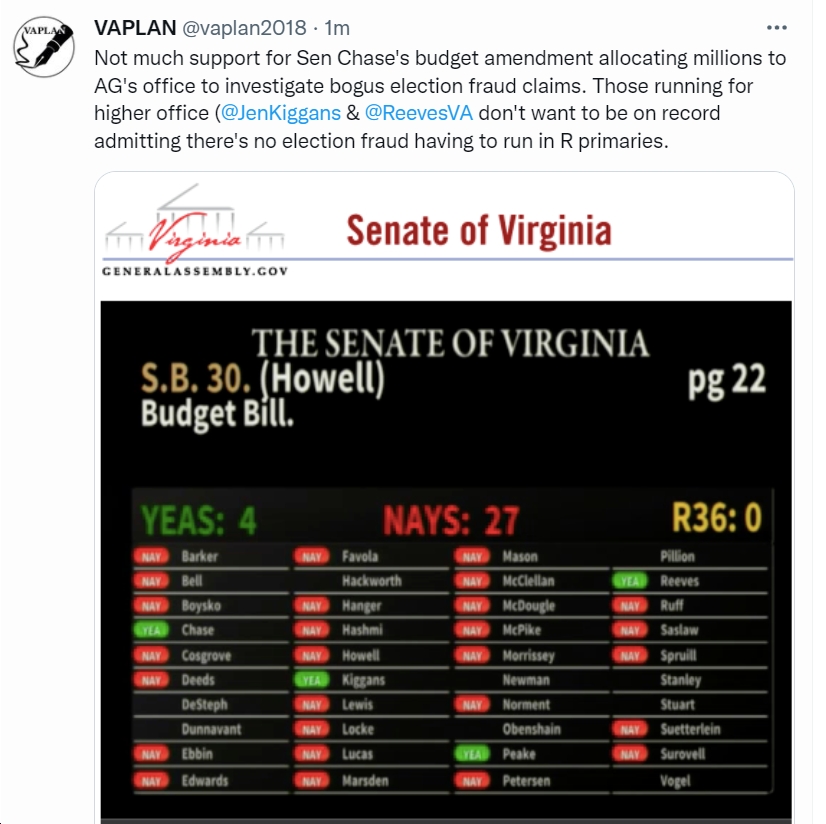 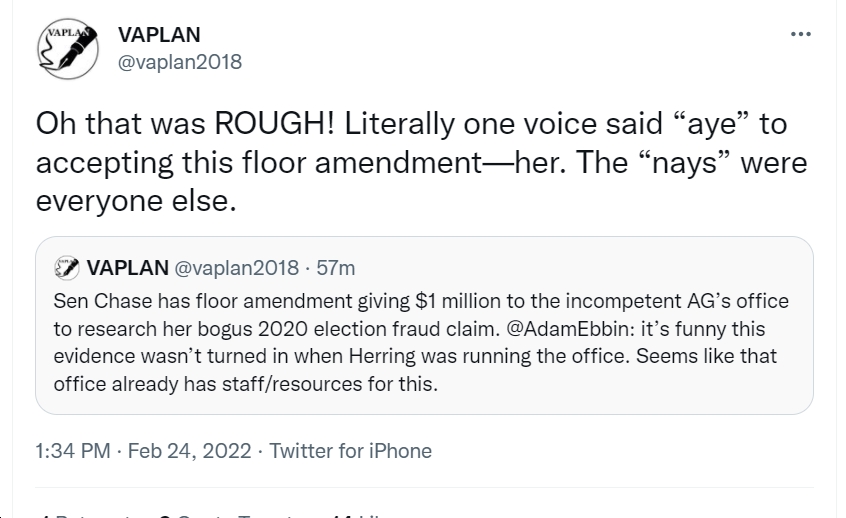