See below for reactions by Virginia members of Congress to Russia’s “illegal invasion of Ukraine,” and “condemning Putin’s war, an act of aggression that serves only the irrational self-interest of one man.” 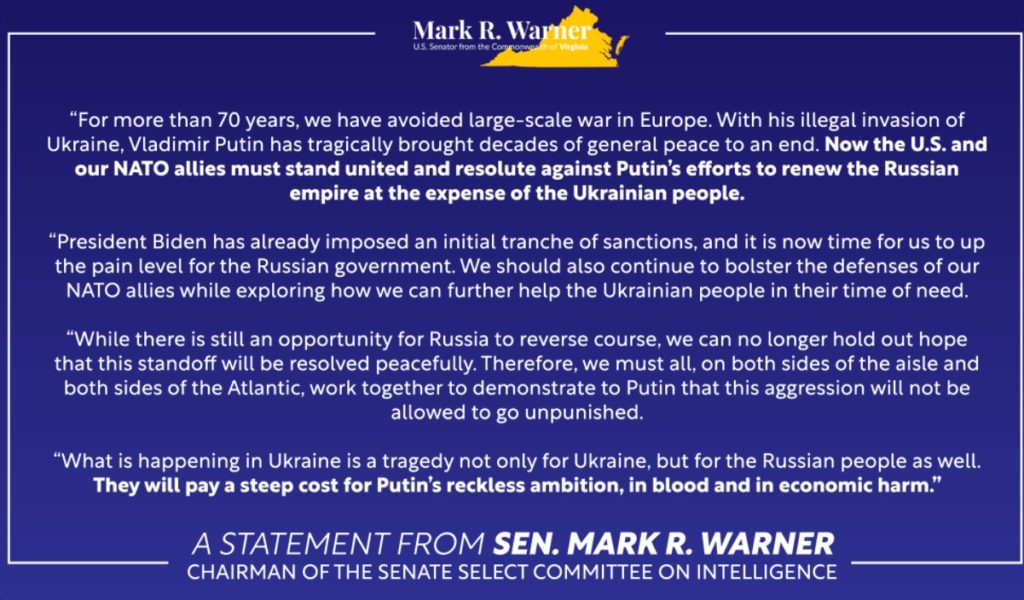 “We must be united in condemning Putin’s war, an act of aggression that serves only the irrational self-interest of one man. In the hours and days ahead, he must feel the sting of unprecedented sanctions from the United States and our partners around the world. Additionally, Kremlin officials, Russia’s globe-travelling oligarchs, and Members of the Duma must also be held accountable for this reckless push to reestablish the borders of the Soviet Union. They should be powerfully confronted for their decision to inflict pain on the innocent people of Ukraine.

“Earlier, Ukrainian President Zelensky spoke on the right for Ukraine to determine its own future — that the Ukrainian people are free. His words embodied the strength, courage, and resolve of a proud people. We pray for them, and we remain committed to supporting their independence.” 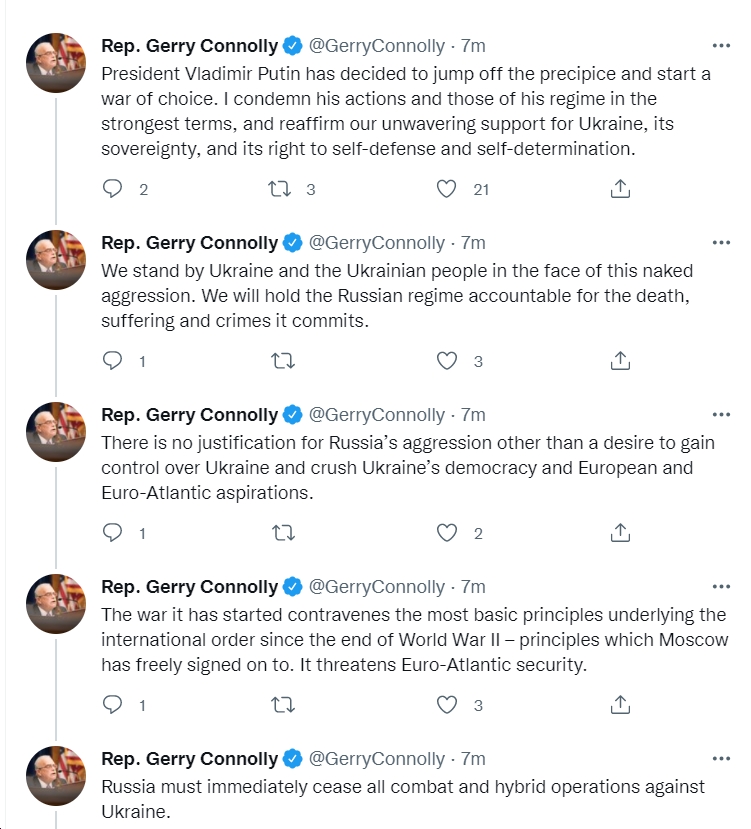 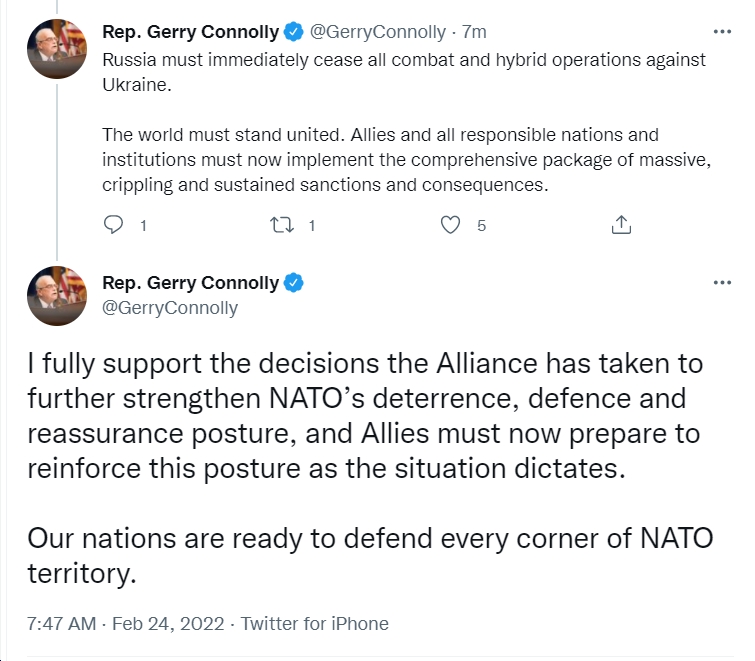 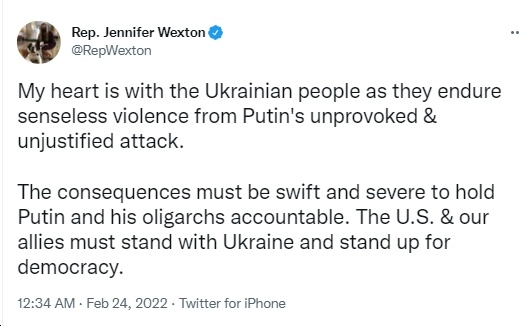 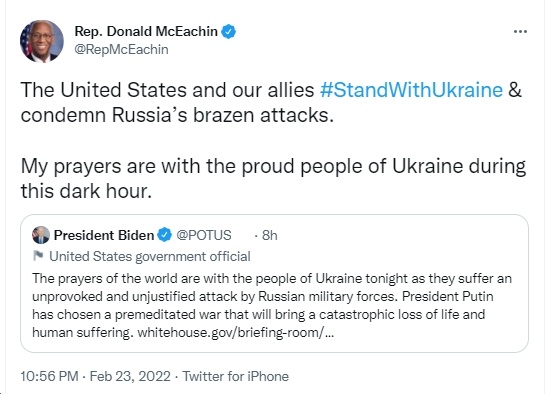