With “Crossover” (the half-way point) completed in the Virginia General Assembly, it’s now time for the Democratic-controlled State Senate to consider bills from the Republican-controlled House of Delegates (and vice versa).  Given how many godawful, far-right bills passed the House of Delegates on party-line votes (and note that there are effectively ZERO “moderate” Republicans left over there), it looks like Senate President Pro Tem Louise Lucas, Majority Leader Dick Saslaw, and the rest of the narrow, 21-member Senate Democratic majority are going to be busy the next few days/weeks. Stay tuned, and of course follow along with VAPLAN (who provides by FAR the best coverage of the Virginia legislature) as Senate Dems set about “killing [Youngkin’s] ‘Day One Game Plan Agenda’ piece by piece.” 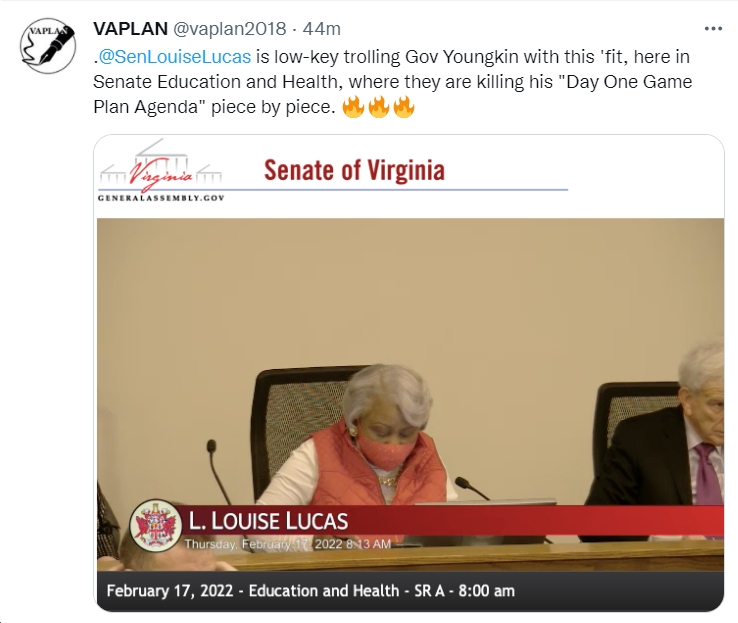 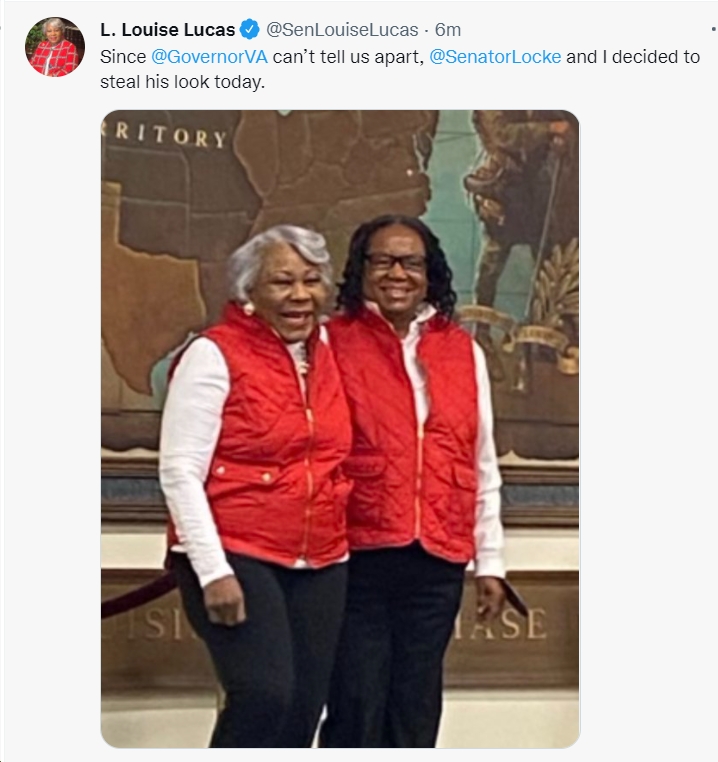 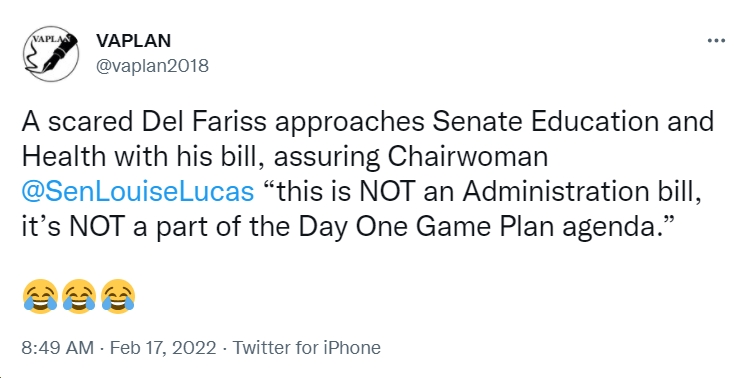 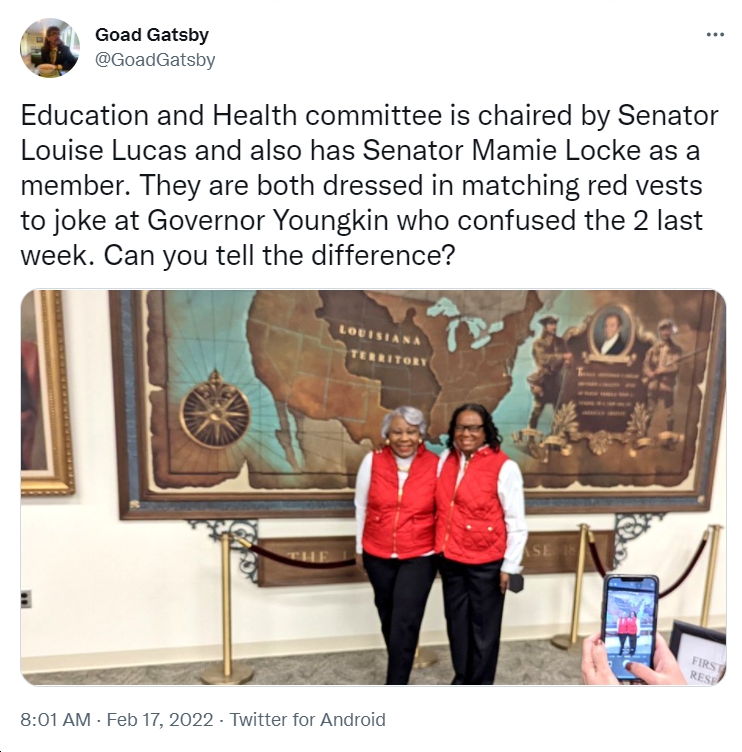 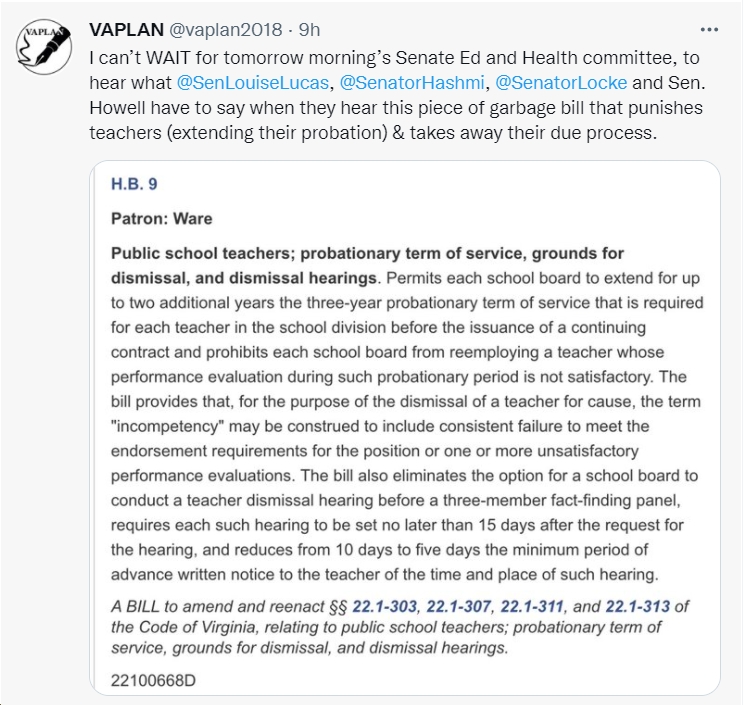 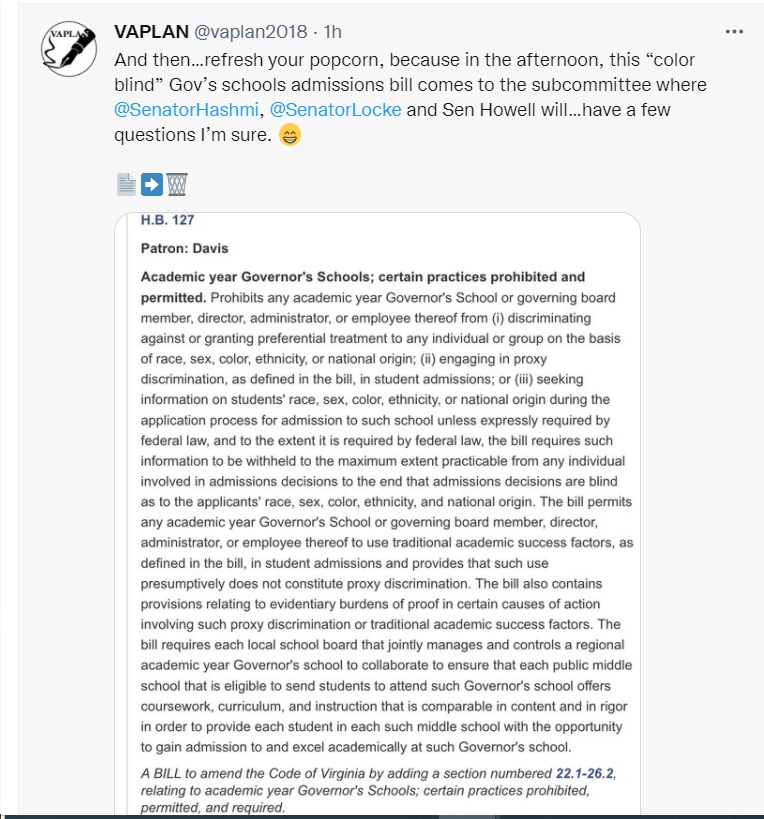 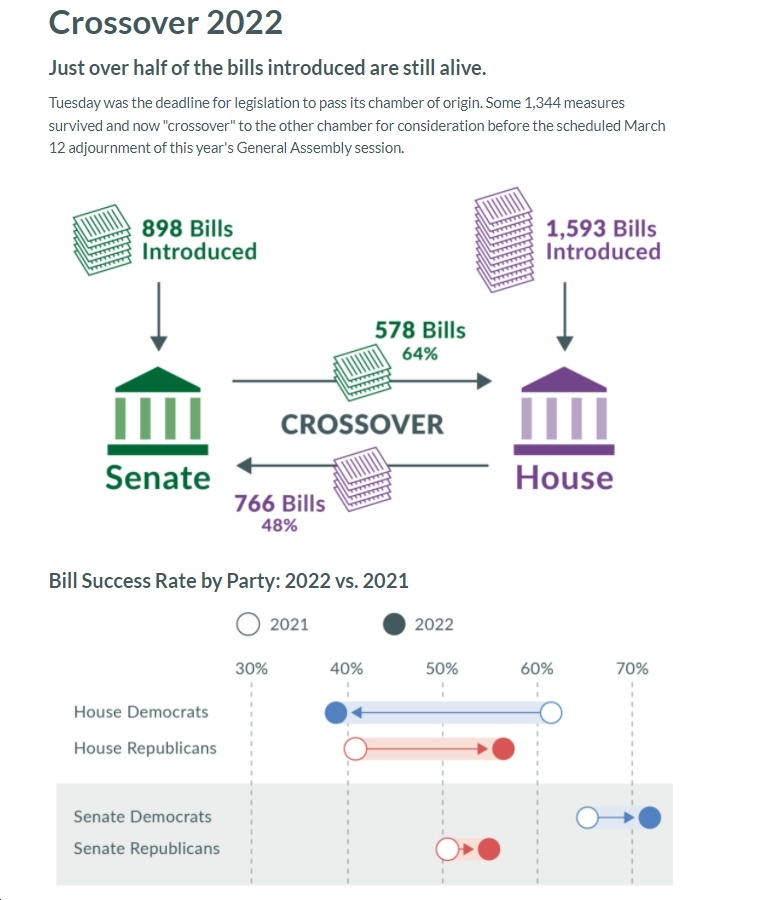 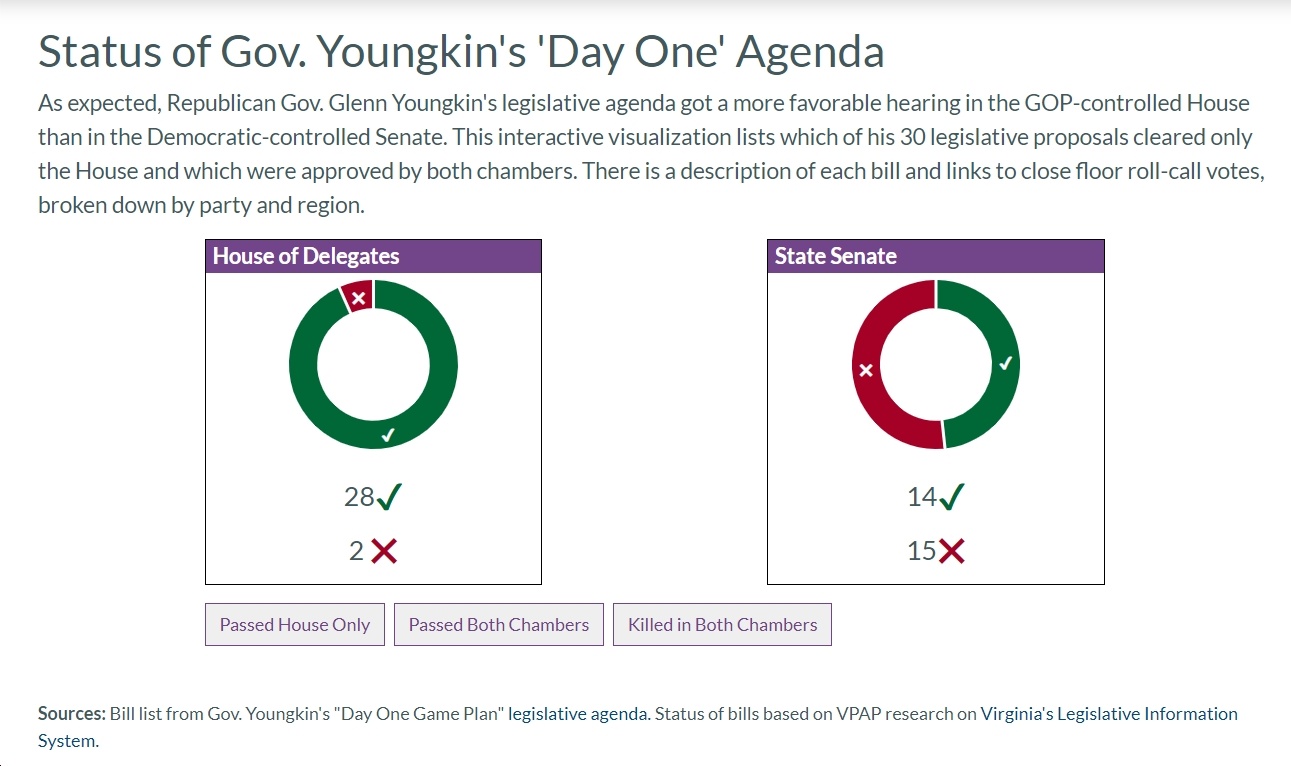