It’s good to see Arlington Commonwealth’s Attorney Parisa Dehgani-Tafti and Fairfax Commonwealth’s Attorney Steve Descano responding to right-wingnut AG Jason Miyares’ latest “political theater and not public safety” – announcing in Arlington a new group whose aim is “To Combat Progressive District Attorneys Who Are Soft On Crime,” and to fight against a supposedly “warped version of criminal justice, which is endangering Americans.” As Descano puts it:

Now, if only Miyares would get off of his b.s., Fox “News”-style, right-wingnut talking points and listen to folks (like Parisa Dehgani-Tafti and Steve Descano) who actually know what they’re talking about. 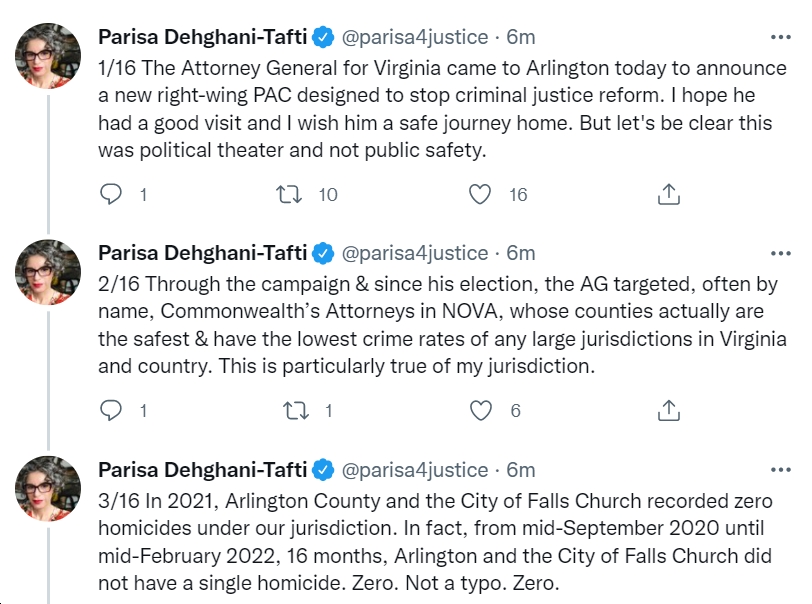 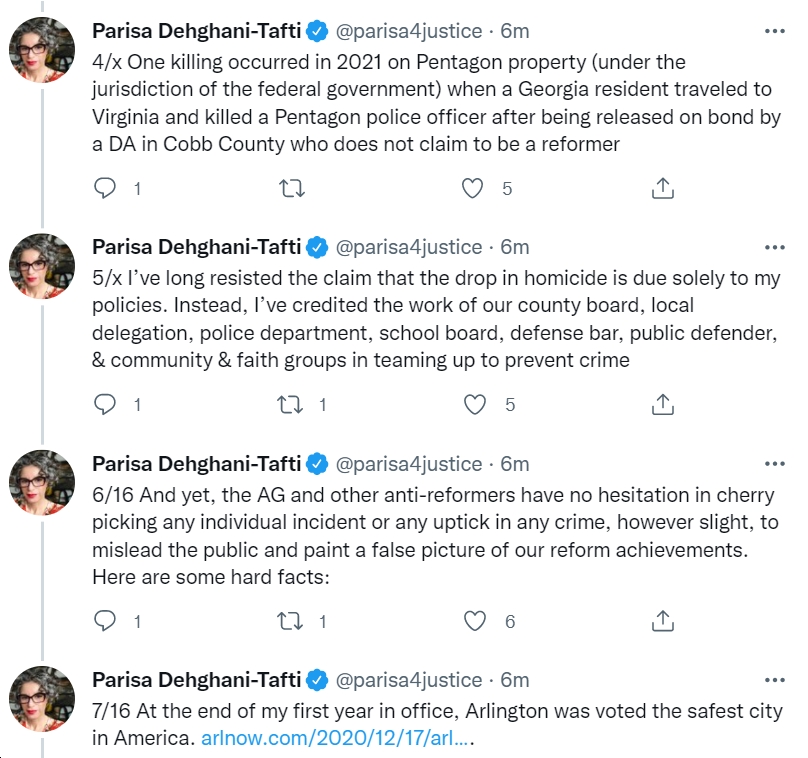 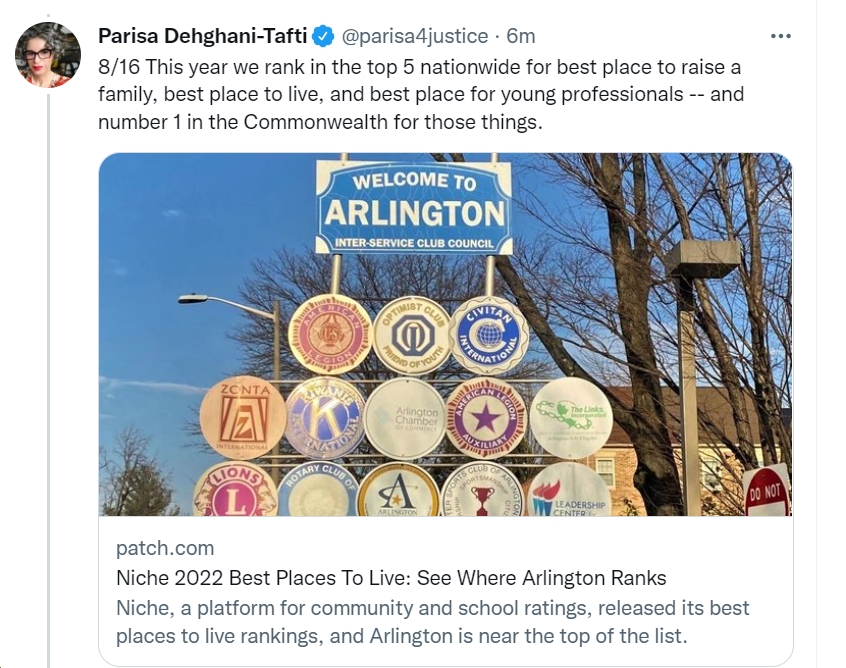 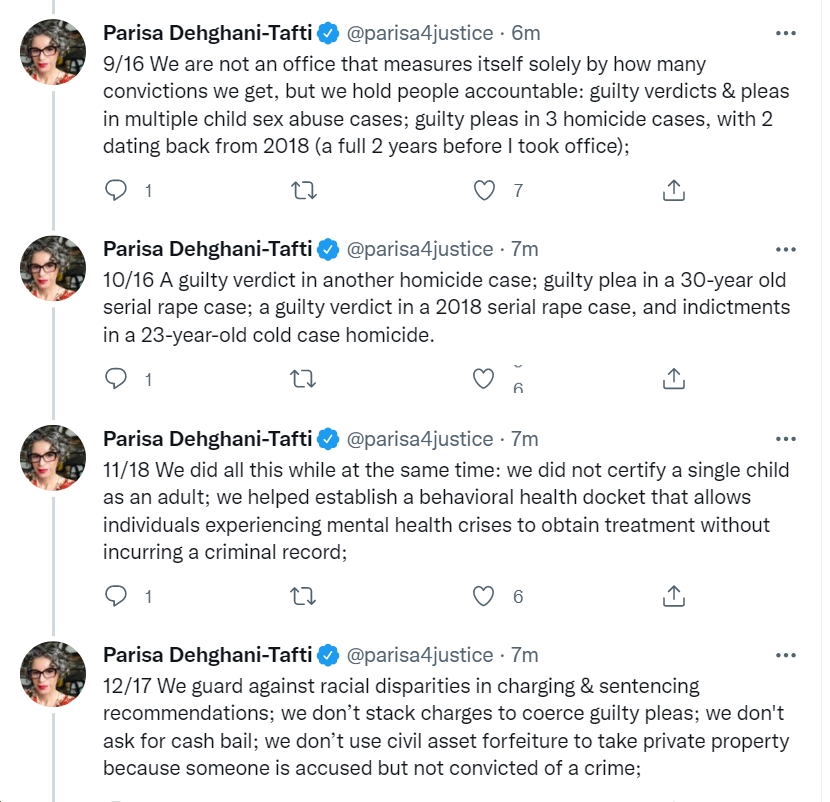 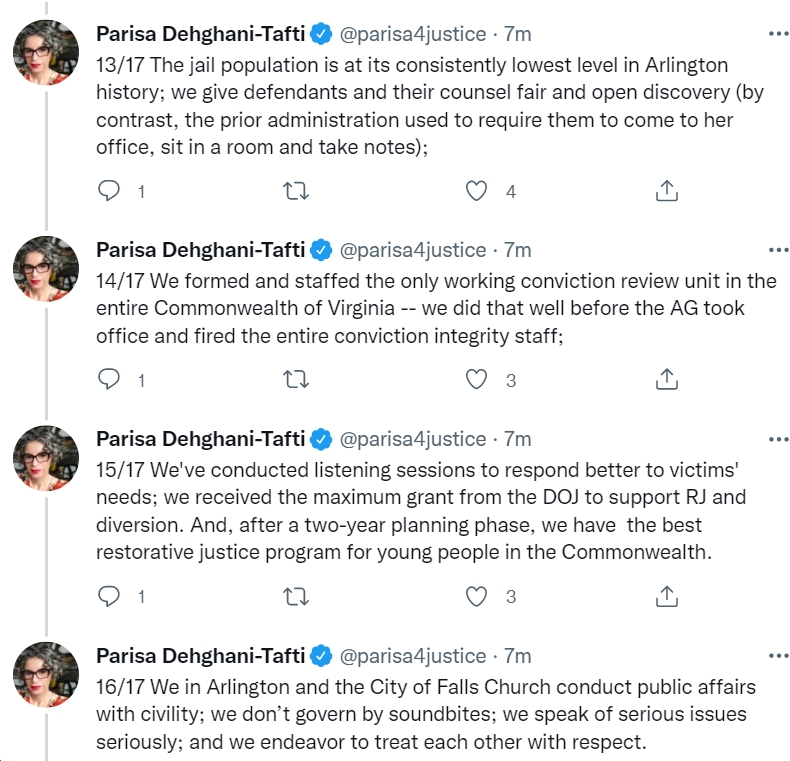 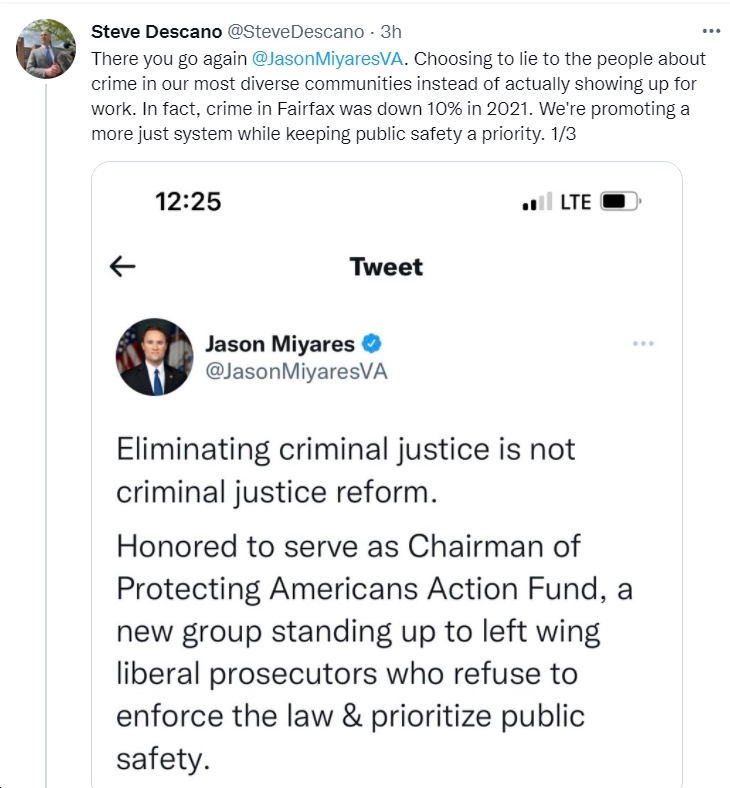