See below for VA Senate Majority Leader Dick Saslaw’s latest email (bolding added by me for emphasis). A few highlights include:

The General Assembly adjourned Sine Die on March 12 without a budget and with dozens of disputed bills still in conference. Governor Youngkin has called back the legislature for a special session to convene April 4 to reconcile the outstanding differences. Special sessions are becoming regular activities for Virginia’s part-time legislature.
Not much has changed since we left the Capitol nearly two weeks ago. As of this writing, there remains a wide difference of opinion on the most fundamental component of the budget – the actual revenues available to be disbursed. Taking a cue from a national narrative, Republicans are trying to integrate one-time funds received into the bottom line. On the other hand, the Senate (with its experience and expertise in state government) knows the kind of havoc short-term gains wreak on long-term planning. 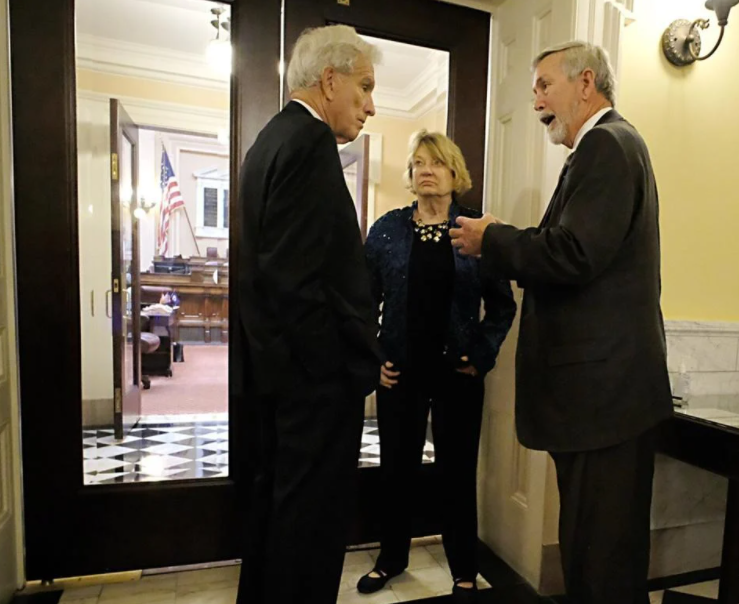 With Senator Janet Howell and Delegate Barry Knight
Photo credit: Bob Brown – Richmond Times-Dispatch
Virginia has been ranked the Best State for Business by CNBC five times in the last 8 years — more times than any other state. Jason El Koubi was recently named the President and Chief Executive Office of the VA Economic Development Partnership. On behalf of the Commonwealth he was presented with the 2021 State of the Year – Best Overall Business Climate Award from the magazine Business Facilities. 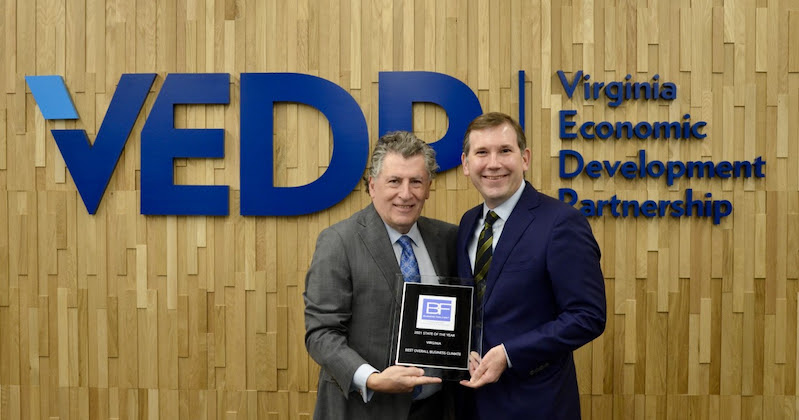 Business Facilities Editorial Director Seth Mendelson with Jason El Koubi Photo credit – Business Facilities Magazine
Our unemployment rate at 3.3% is well below the national average and we continue to see sizable investments from companies in all corners of the Commonwealth. In the last 30 days, the Administration has announced corporate investments creating nearly 2,000 jobs. Let me be clear this economic development was in the works before the January 15 inauguration.
• 3/15/2022 — A. Duie Pyle, 75 jobs to open three supply chain centers
• 3/14/2022 — Thermo Fisher Scientific, 500+ jobs to expand laboratories
• 3/7/2022 — Easy Dynamics Tech Corporation, 61 jobs to expand operations in Fairfax
• 3/4/2022 — Signco, 19 jobs to establish a sign manufacturing facility in Tazewell
• 2/28/2022 — Alarm.com, 180 jobs to expand their footprint in Fairfax
• 2/25/2022 — Walgreens, 249 jobs for a micro-fulfillment center in Hanover
• 2/23/2022 — Amazon, 500 jobs to establish a fulfillment center in Augusta County
• 2/18/2022 — AutoZone, 352 jobs to establish an East Coast distribution center
Watching the roller coaster ride at the pump, our newcomer Governor has once again jumped in with yet another problematic idea that will have a significant impact on Virginia’s infrastructure. Virginia’s gas tax stands at 26.2 cents per gallon. Diesel fuel is taxed slightly higher at 27 cents per gallon. Governor Youngkin is proposing to temporarily suspend collection of this tax for three months during the busiest travel season. In my opinion this is more a media stunt than good policy. Why?…
It is unlikely the oil companies will absorb regional price differences. However, lost revenue will affect infrastructure spending for our roads, bridges, and tunnels. Speaking from recent personal experience as I headed northbound on Interstate 95 coming back from the legislative session, I know the real cost of not maintaining the roads.
Here’s a local snapshot of how a potential gas tax “holiday” might fiscally impact our region. The move would significantly reduce funding for the DASH Bus in Alexandria City, the CUE Bus in Fairfax City, the Fairfax Connector Bus System, the Virginia Railway Express in Northern Virginia, and the Washington Metropolitan Area Transit Authority (METRO).
Studies have shown that a gas tax suspension will lead to tens of millions in unexpected profits for the oil companies while John-Q-Northern Virginia saves a couple of pennies at the pump and our potholes go unfilled, buses are parked, and the train service is cut. 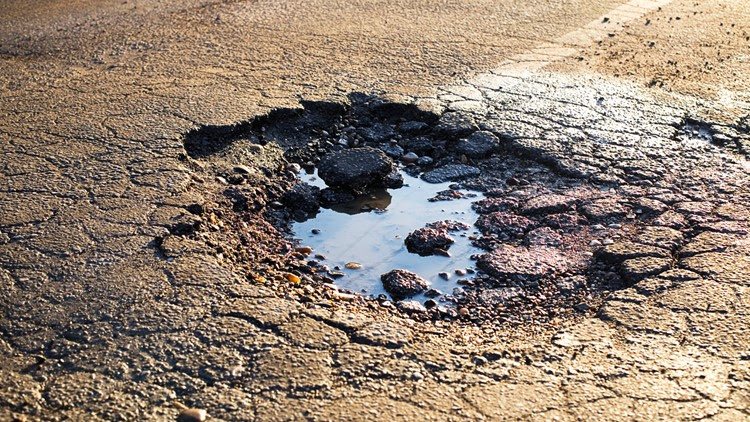 Continuing with his out-of-touch agenda, the Governor has targeted public education “reforms” encouraging anti-teacher rhetoric and conducting “investigations” fueled by critical race theory propaganda. The “parent tip line” is operational, not being shared with the public and being funded through tax dollars. I’ve yet to hear from one educator (superintendents, principals, and/or teachers) that thinks this exercise is beneficial to the classroom. Per an executive order, the Board of Education issued a lengthy report alleging pervasive divisive learning. The VA Association of Superintendents pushed back on this questionable exercise. Splitting hairs, the Governor attempted to debunk their combined input as that of Association leadership, not all 137 superintendents. (For the record, I am told that is a primary role of an executive board).
Another overreach was the Governor’s eleventh-hour attempt to subvert authority from the State Board for Community Colleges. He tried to interfere with the selection of a new chancellor overseeing Virginia’s 23 community colleges. Let me explain – the VA Constitution is clear on the role of the Board and that of the Governor. While he would like to parachute into the process, it is inappropriate and demonstrates overhanded meddling.
The selection process was thoughtfully conducted by a competent committee from the Board. We welcome Russell A. Kavalhuna as the next chancellor taking the reins in June.
********************************************************