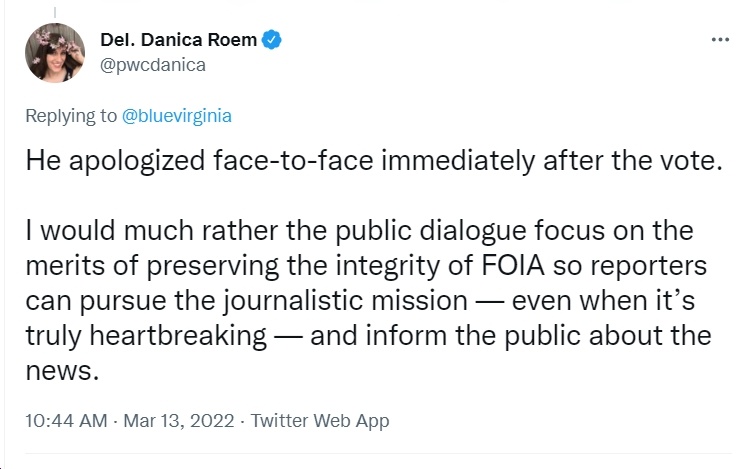 What the heck was THIS yesterday in the Virginia House of Delegates?!? Yep, it really happened: right-wing Republican Del. Rob Bell – who, by the way, received a pathetically low 7% rating from Equality Virginia in 2021 –  first misgendered Del. Danica Roem, calling her “the gentleman” (see video, below). In response, Del. Roem responded, “excuse me?” Del. Bell then looked completely confused, bewildered, etc. Del. Roem then clarified, “It’s *delegate*,” while Speaker Todd Gilbert even chimed in, directing Del. Bell to say “you’d say to the delegate.” FINALLY, after all that, Del. Bell seemed to get a clue…sort of, saying “I would say to the delegate…I’m sorry, I…whatever I said,” then finally referred to “Ms. Roem” and “the gentlelady.”

So sure, who knows, maybe Del. Bell didn’t mean any harm (or maybe it was intentional), was simply clueless or whatever (he seemed completely confused, befuddled, surprised, etc.), but still…it’s not like Danica Roem just joined the House of Delegates yesterday, or that Del. Bell hasn’t know who she is for several years now. Weird and unacceptable. 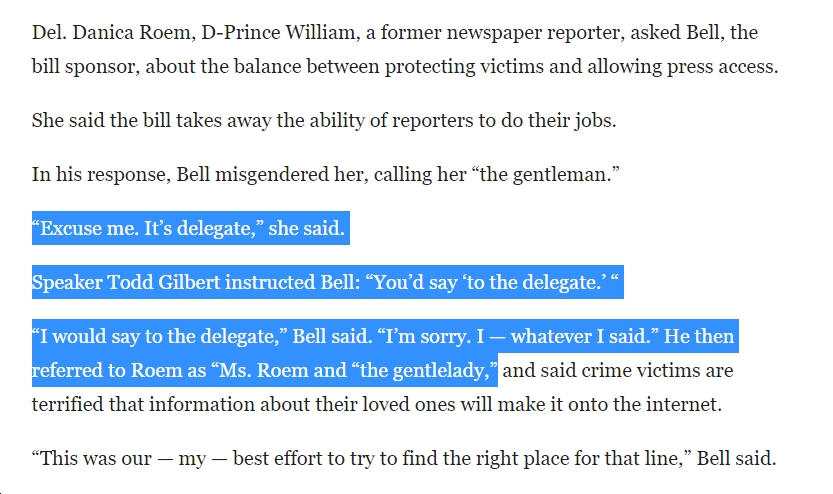