With the 2022 Virginia General Assembly session concluded, we can now look at statistics in a variety of areas, including “Party Unity in Floor Votes,” courtesy of VPAP. See below for the party unity distributions for House Democrats, Senate Democrats, House Republicans and Senate Republicans. Also, see below the graphics for a few examples of specific/detailed things that jumped out at me…including some surprises. But first, here are a few top-line numbers. Also, as you look through these statistics, keep in mind that these are just FLOOR votes, so by definition these are bills that made it out of committees. Also keep in mind that a lot of extreme bills were killed by Senate Democrats…meaning that very few if any extreme bills made it to the Senate floor. 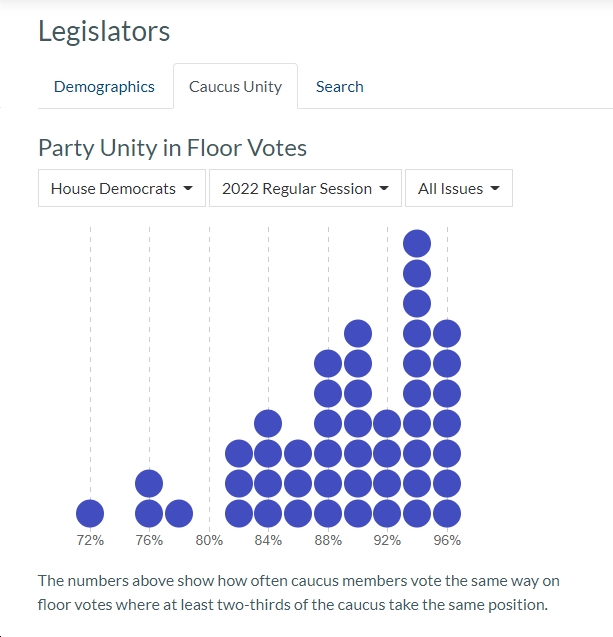 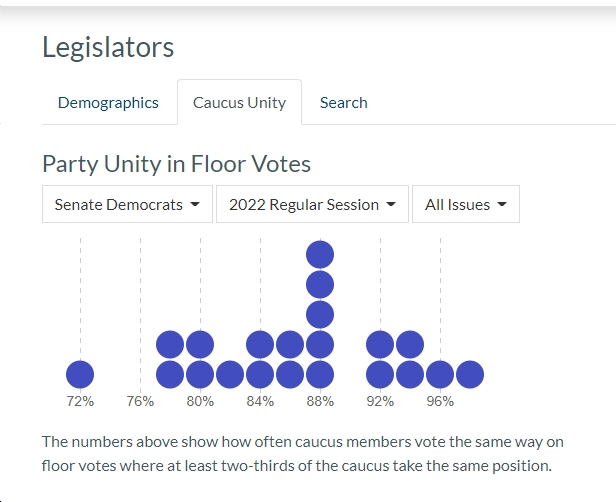 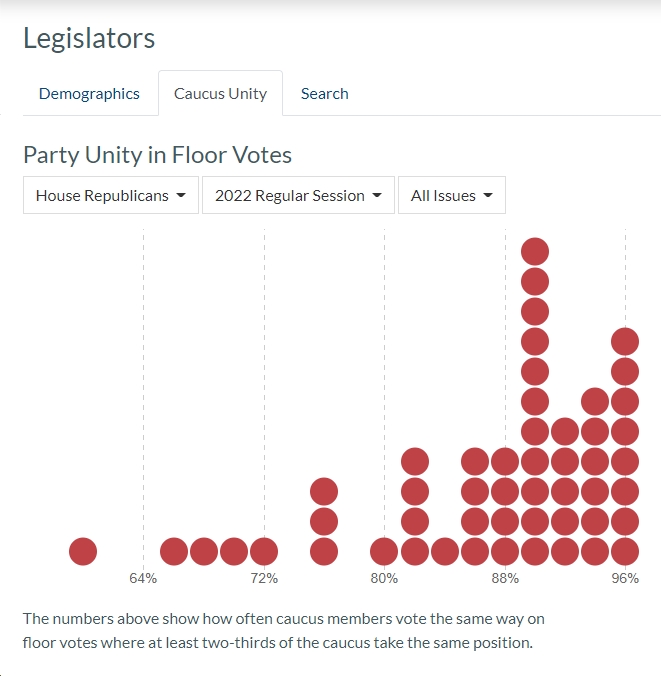 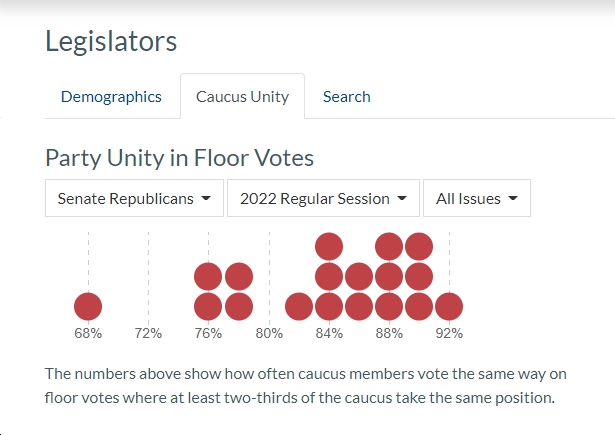 What jumped out at you? This was just a quick/cursory look at the statistics; I’m sure there’s a LOT more interesting information in there!