See below for an excellent thread by Sam Shirazi on where we currently stand regarding the possibility of new Virginia House of Delegates elections this year. According to Shirazi’s “TL;DR” summary: 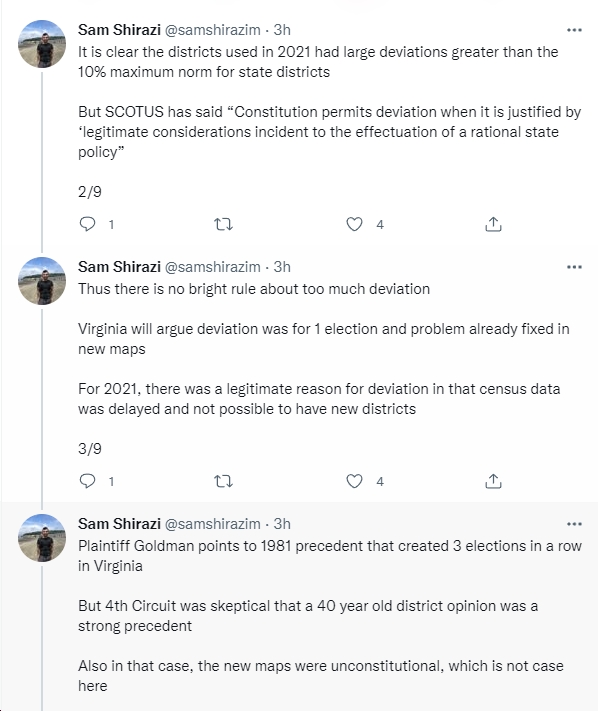 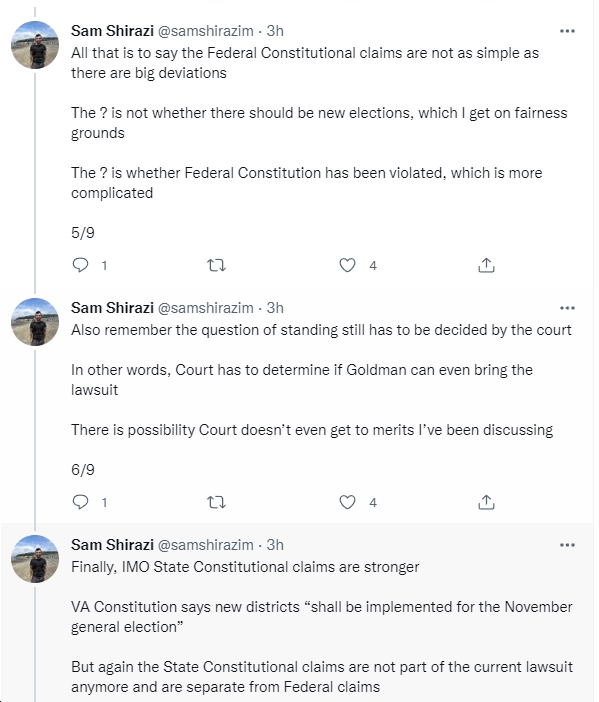 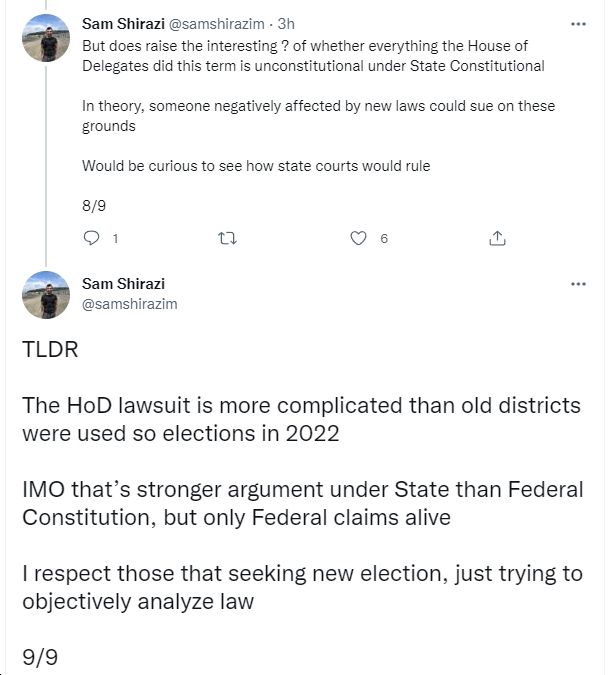