Why are oil and gasoline prices rising? There are many supposed explanations out there, mostly by people who – to put it mildly – are not oil market experts, economists, etc. Those include a bunch of flat-out false statements by Republicans, which not surprisingly have no relationship to what’s actually going on in oil markets, and which dishonestly (and in bad faith) attempt to place all the blame for everything on…yep, you guessed it, the Democrats, Joe Biden, etc.

As for Democrats, they’re absolutely correct in pointing at the market’s reaction to the Russia crisis – including sanctions on Russian oil, the threat of further oil supply disruptions from Russia, etc. They are also correct in pointing at the impact of COVID-19, first on massively *depressing* economic activity (which collapsed), oil demand (which plummeted) and oil supply (ditto) in 2020 (when Trump was president); now with a massive economic and oil demand recovery, combined with “supply-chain” issues related to COVID-19 pandemic’s disruptions. And Democrats are right to point to America’s continued addiction to oil – which we should have broken years ago – as a major contributing factor to this entire situation.  The one area where Democrats aren’t really accurate is that oil companies are “gouging”; there’s simply no evidence of that. But Democrats are right on everything else, while Republicans are wrong on literally *everything* about this situation.

Don’t believe someone (raises hand) who worked as an international energy markets analyst/economist for 17+ years at the US Energy Information Administration? Fine, but do you also not believe the following experts on this topic? For instance:

Here’s what the International Energy Agency, which is one of the world’s top authorities on oil markets, had to say recently, basically that it’s a combo of…yep, world oil supply not keeping pace with surging world oil demand, combined with “rising geopolitical tensions”: 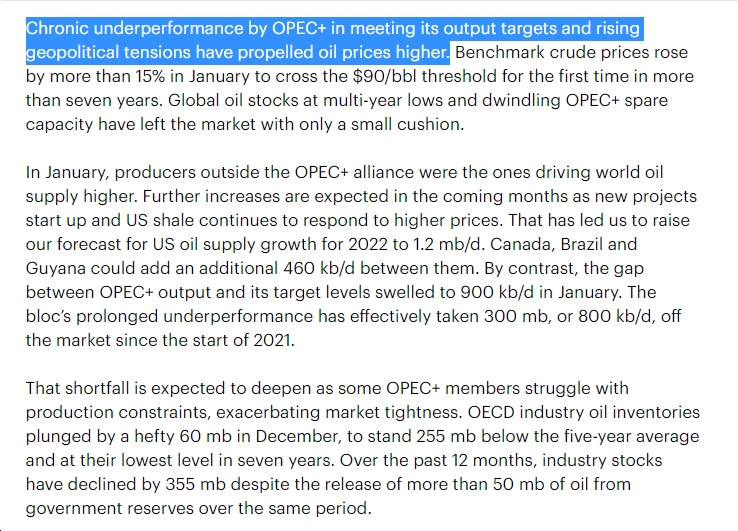 Next, here’s a superb fact check by the NY Times, which finds: 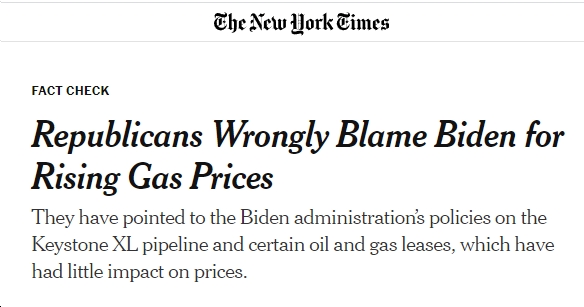 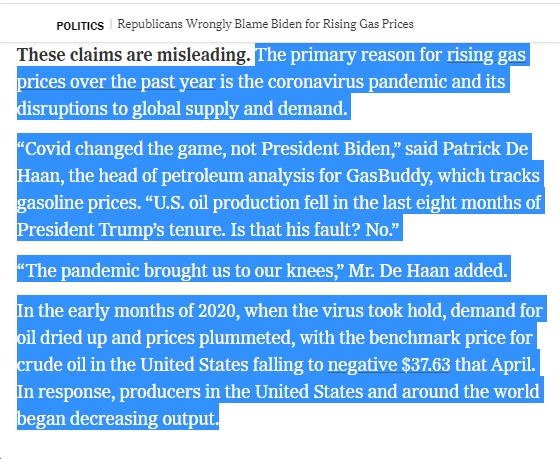 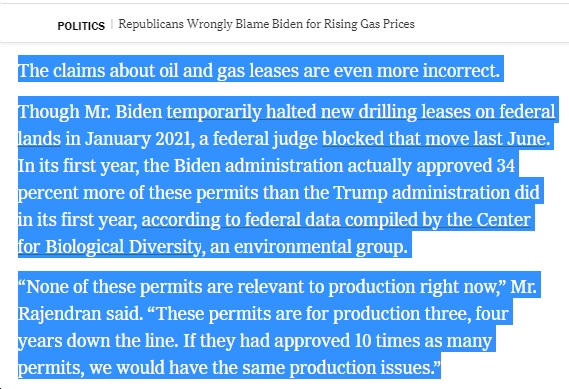 Now, here’s another excellent analysis, by Nobel Prize economist Paul Krugman at the NY Times, which again finds that it’s supply and demand on the world market, with basically zero impact in the short run by U.S. energy policy:

Next, here’s a piece at the WaPo, which finds:

And then there’s this article from Forbes, which explains: 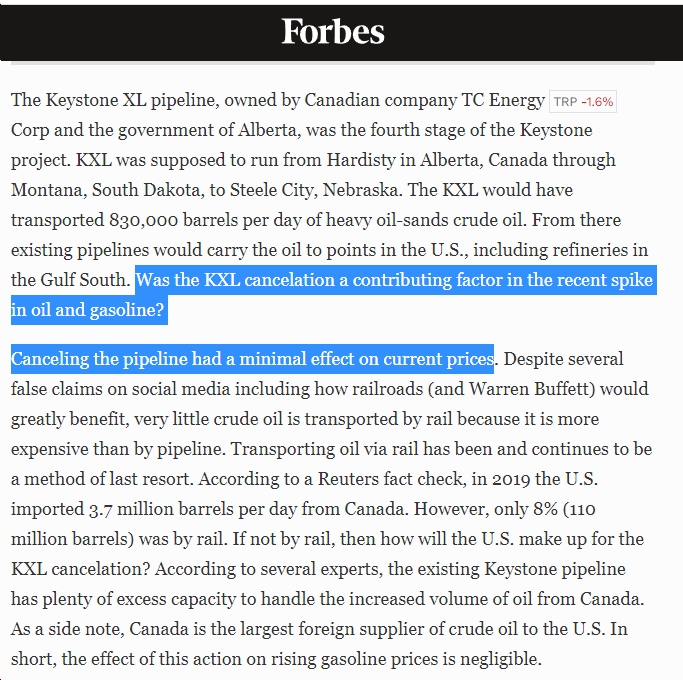 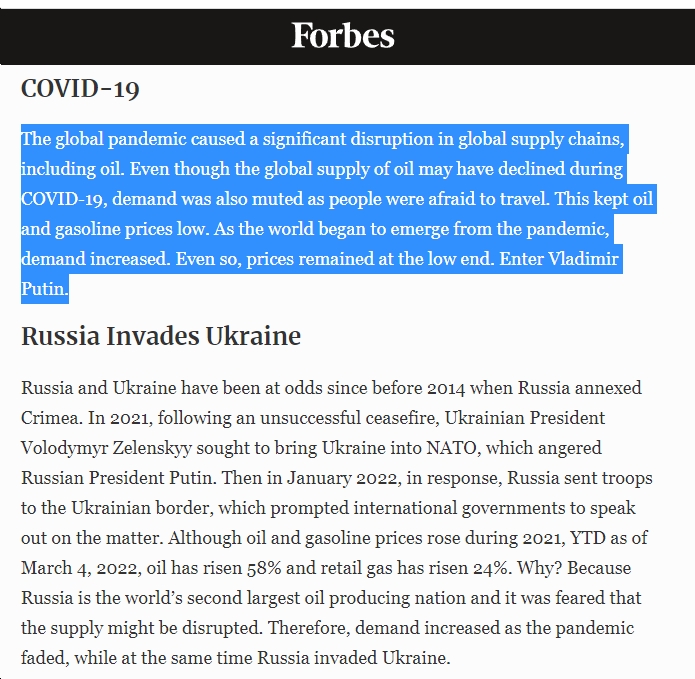 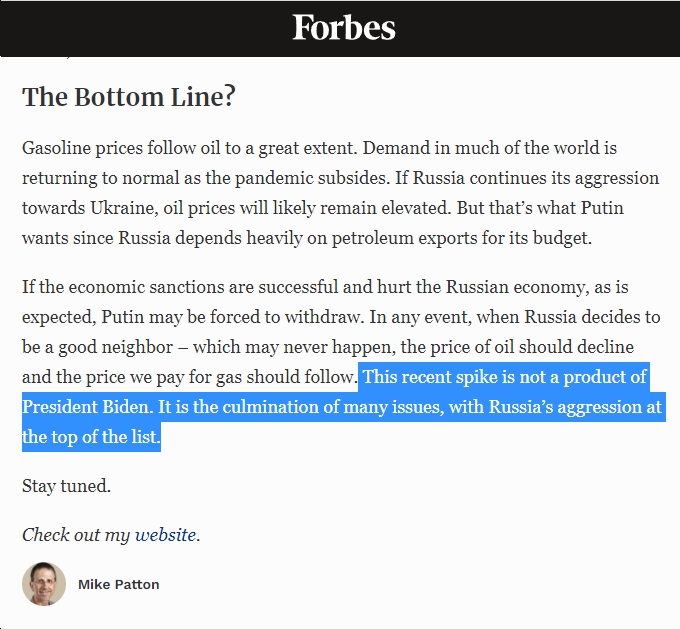 Finally, check this out from Matt Yglesias, showing that U.S. oil production is higher under President Joe Biden than under any other president in U.S. history. So…yeah, Democrats aren’t exactly killing U.S. oil production, as Republicans absurdly claim. Last but not least: of course, the answer to this entire problem is to GET OFF OF OIL by switching to a 100% clean energy economy as rapidly as possible, for a combination of economic, national security and environmental/climate factors. Yet again, Republicans are wildly wrong on this, while Democrats are  generally pushing in the right direction (although obviously, having only 50 Democratic US Senators, one of whom is fossil-fuel-industry douchebag Joe Manchin, is a major problem). 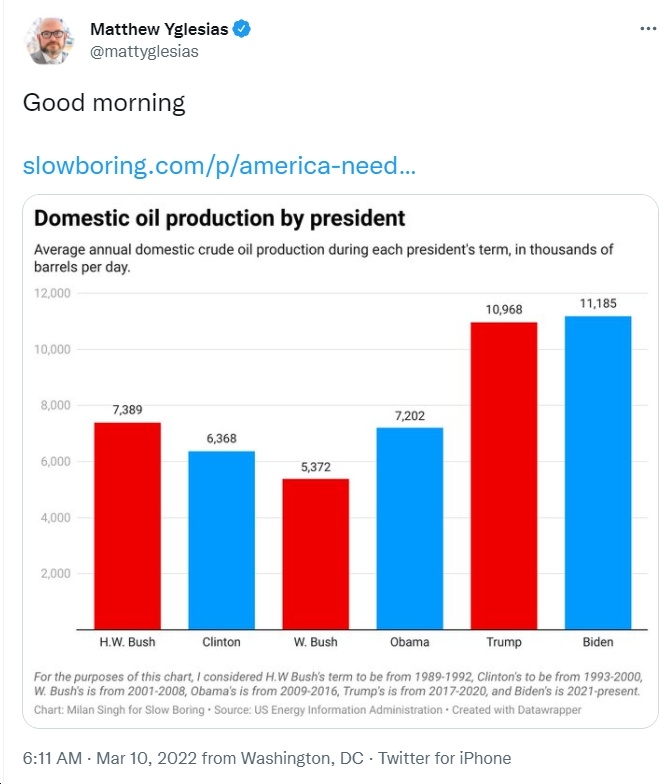