That’s right, Chase believes (wrongly!) that the ERA is about “enshrin[ing] abortion and gender fluidity into our Constitution.” She also accuses Sturtevant of voting to “allow Drag Queens to be hired as teachers in our public schools” and “to elevate sexual orientation and gender identity to a special protected status for state employment.”  In short, Chase is attacking Sturtevant by appealing to homophobic bigots in the district, and in general by stoking anti-LGBTQ animosity/bigotry. Disgusting.

P.S. Of course, none of this is really new for Chase. For instance, see Far-Right Virginia Sen. Amanda Chase: “The ERA Amendment is nothing more than a ploy by the left to eliminate gender altogether” (7/2/18). The question, as always, is what this says about anyone who would vote for someone like Chase… 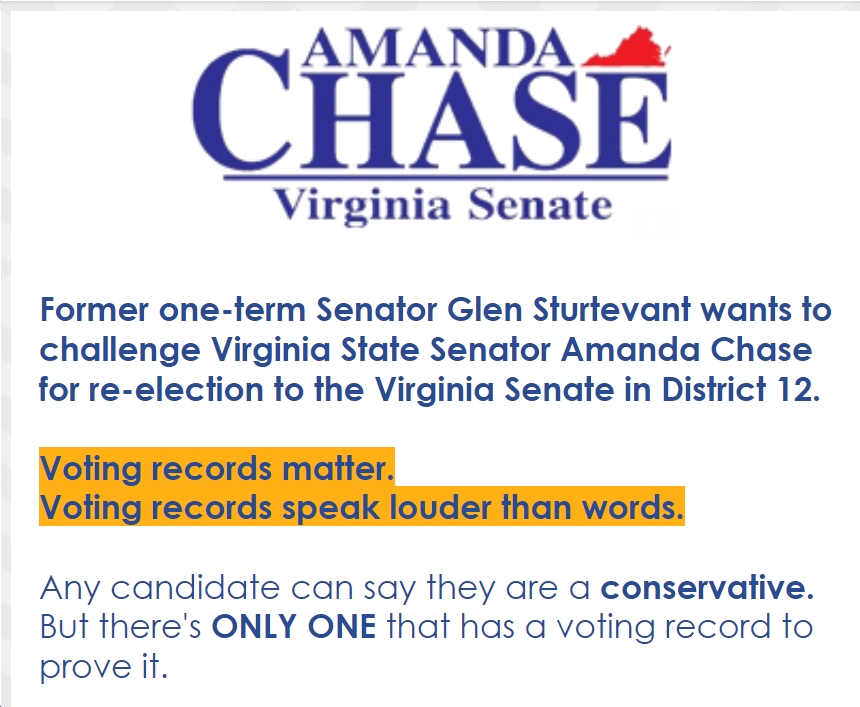 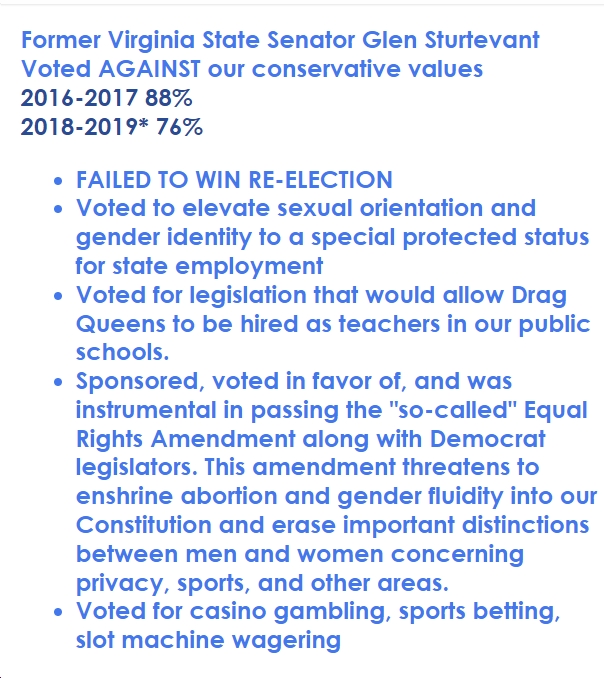