See below for a few reactions to Youngkin’s latest nastiness and incompetence, namely this.

Gov. Glenn Youngkin ended “Public Service Recognition Week” by announcing a new telework policy that confused and demoralized many state government employees who have survived the COVID-19 pandemic by working mostly from their homes.

Youngkin launched the new policy hurriedly on Thursday evening as details publicly emerged that appeared to contradict the message that the governor and his top staff had sought to deliver — a promise of flexibility for some 55,000 workers in 65 executive branch agencies in where and how they do their jobs.

Among the reactions, State Sen. Ghazala Hashmi says she’s “receiving emails & calls from state employees angry/confused by this sudden policy shift,” and that many of those employees “have children & summer camp decision that now must be changed – at great expense.” Also worth noting, Youngkin’s doing this at a time when UVA’s COVID modelers are saying that “28 of Virginia’s 35 Health Districts are now in growth trajectories, including 11 in surge”; that “Case growth is widespread in Virginia”; that “BA.2.12.1 is now responsible for about 40% of new cases in Virginia”; and that “BA.2.12.1 is even more transmissible than BA.2.” Brilliant, eh? 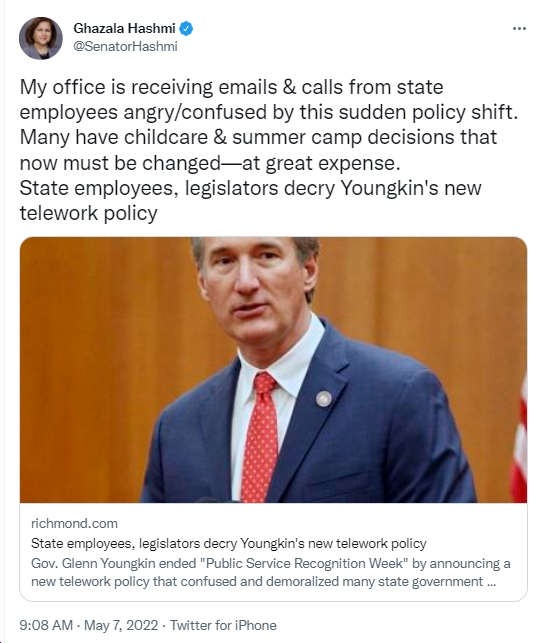 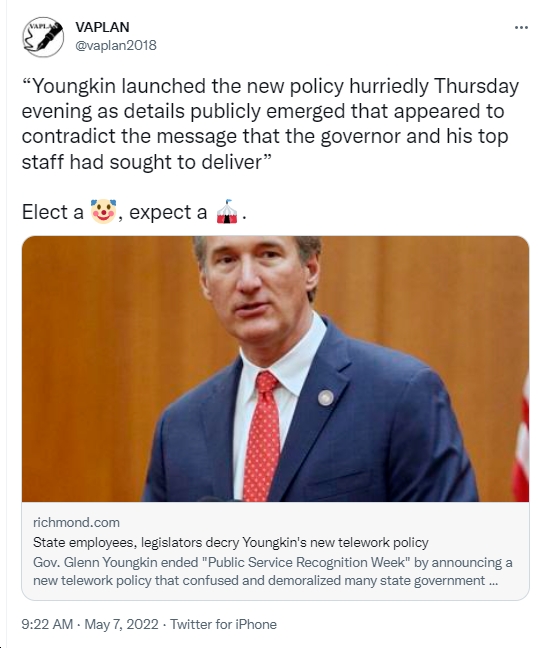 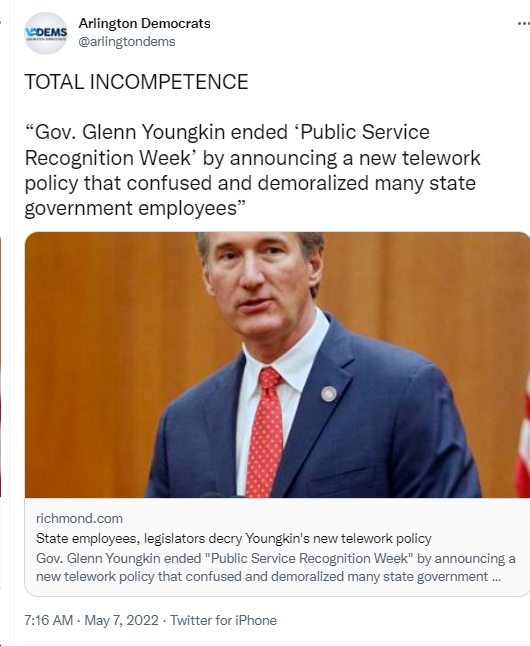 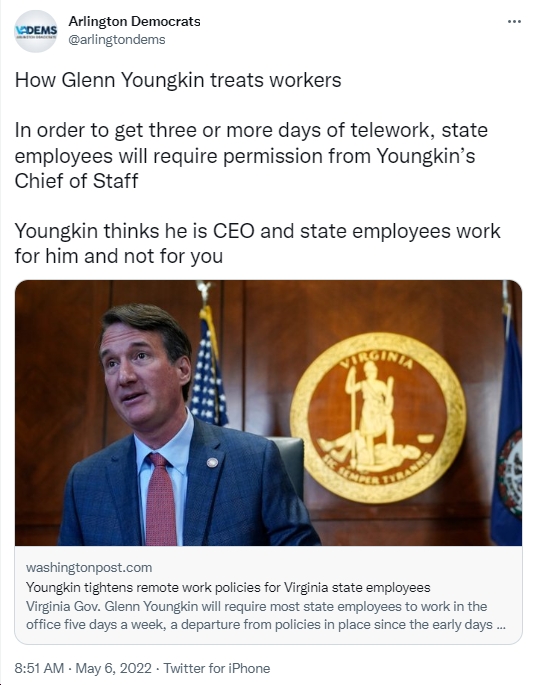 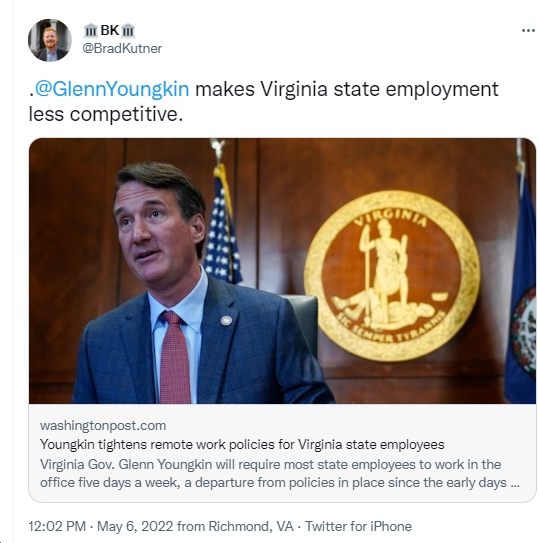 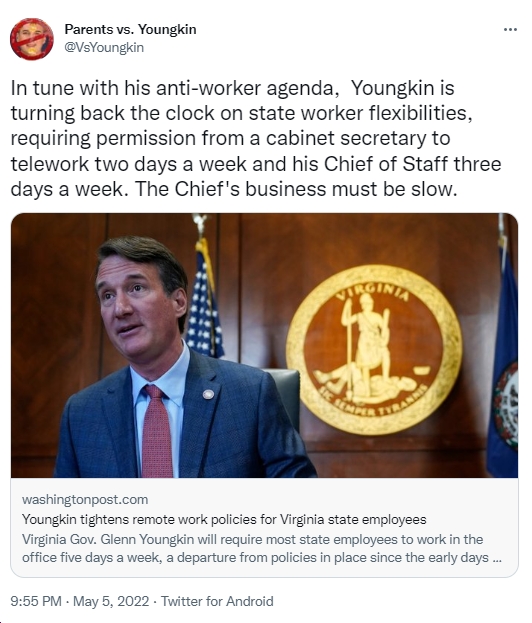 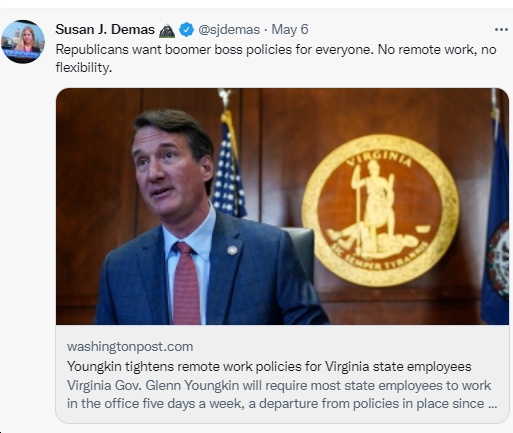 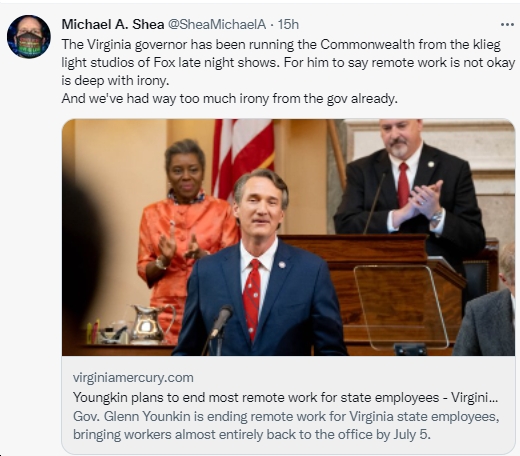 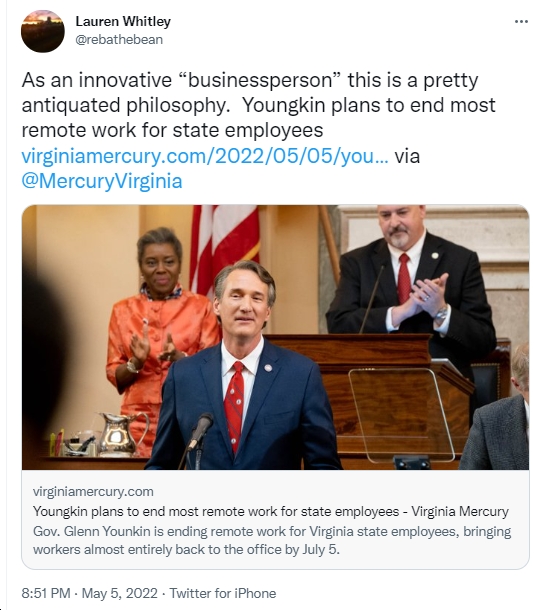