See below for the latest from the Virginia GOP(Q), in this case far-right Del. Tim Anderson, who – along with VA02 Republican candidate Tommy Altman – has (per the the WaPo) “asked a court for restraining orders that would prevent private bookseller Barnes & Noble from selling two books to minors, marking an escalation in the conservative campaign to limit students’ access to literature.” The WaPo reports on the broader context of what’s going on in this specific case:

Book bans, although nothing new in American life, have soared to unprecedented heights this academic year, with the largest number of book challenges or removals from school libraries since the American Library Association began tracking the issue decades ago. A Pen America report published in April found there have been 1,586 book bans in schools over the previous nine months, most of them targeting books by and about LGBTQ people and people of color.

Republican lawmakers nationwide have also begun proposing legislation that would limit what titles students can search for in school library databases.

But the requested restraining orders on ‘Gender Queer’ seem to open a new front in the conflict.”

Also, see below for video of Del. Anderson, who claims that “there are a lot of books that are extremely sexual in nature, hypersexual in nature, and they are in the Virginia Beach public school libraries, and the children have access to those books without parents having any consent requirements for their children to be able to check these books out.” Anderson adds that “all of the left agenda that is using weird and awkward talking points about burning books, that is not what the request is here.” Uh huh. Of course, Anderson then goes on to state that, in addition to “Gender Queer: A Memoir” and “A Court of Mist and Fury”:

“There are 25 other books…that make these two books look PG…there are books that are extremely graphic – the Handmaid’s Tale…those books are MUCH worse. And so, more lawsuits need to be followed. We can file lawsuits all over Virginia. As parents, you should be now considering instead of going to school boards, going to courts. We have identified a path to bring courts online, and parents who are interested in bringing these fights need to now start taking these complaints to their courts and having courts decide whether minors should have access to these materials.

Anderson further claims he is “NOT trying to ban books from the bookstore,” just “trying to reaffirm parental rights here,” and that these books shouldn’t be sold to children “no more than a movie theater can let a child go into an R-rated movie without their parents’ consent. That’s it, anything else is a lie, anything else is liberal spin.”

As Washington Post columnist James Hohmann says, this is “chilling,” as “a Republican legislator and congressional candidate in Virginia want to BAN Barnes and Noble from selling two books to minors that touch on LGBT themes. They’re not content to censor these books in libraries. And they’re trying to use the courts. This is so un-American.” And as writer Molly Jong-Fast, says, “This is what fascism looks like.” 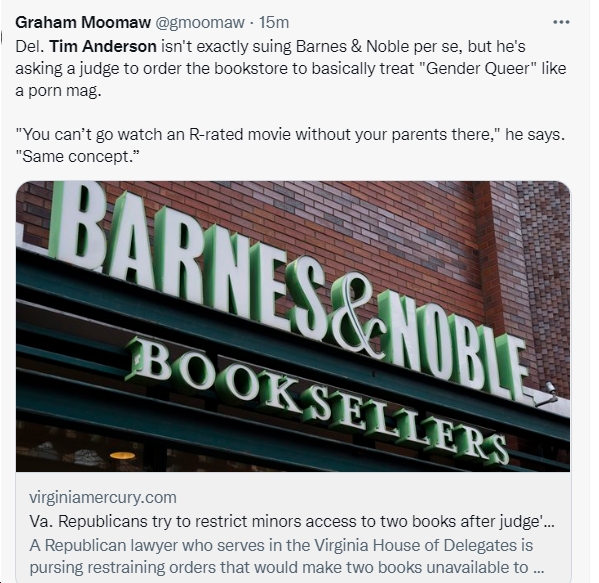 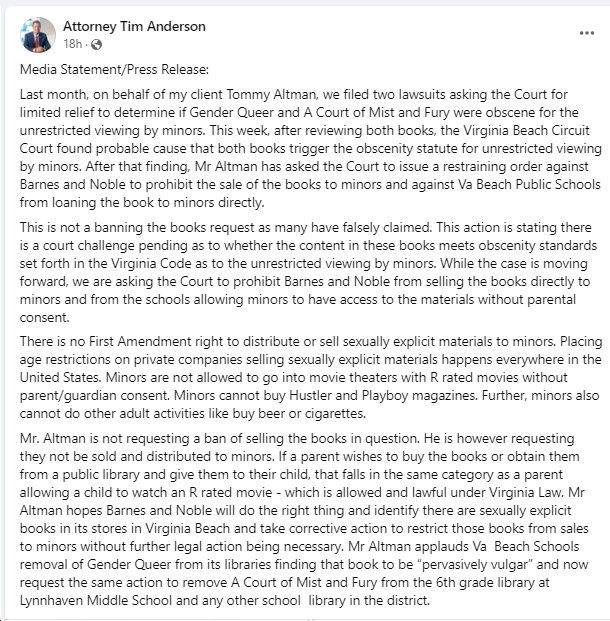 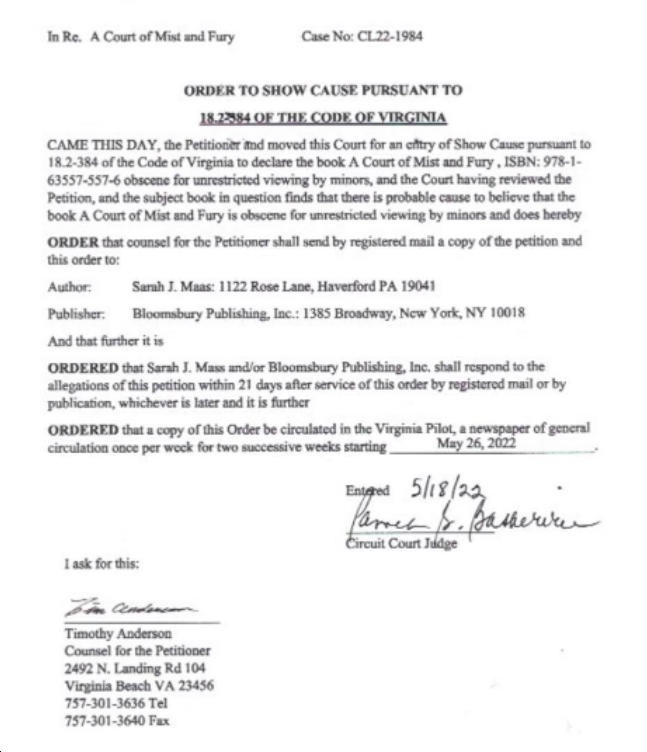 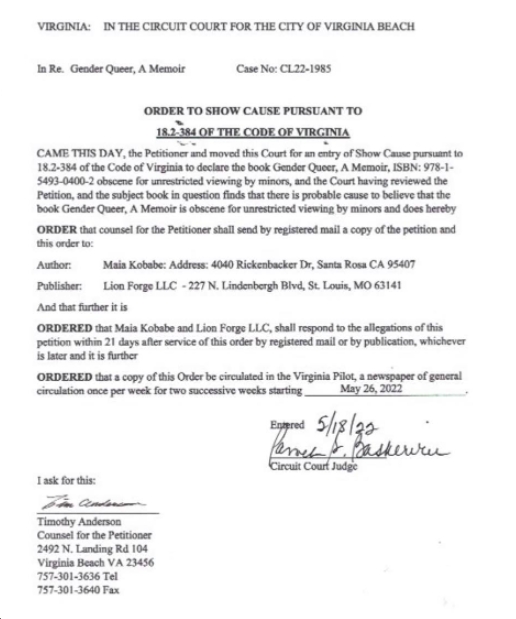 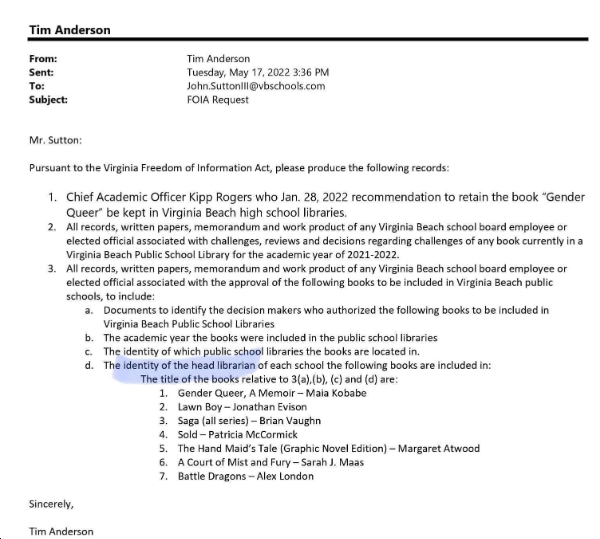 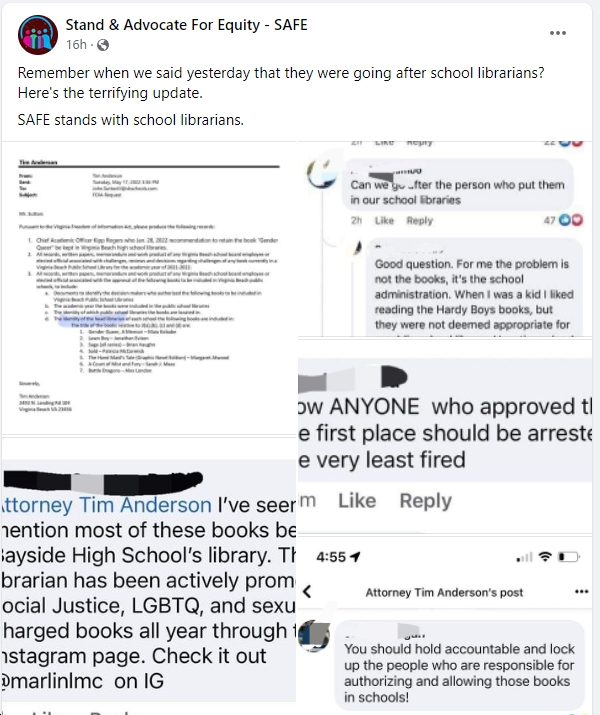