See below for another superb Twitter thread by Georgetown University Visiting Professor Thomas Zimmer, in which he explains how:

“The reactionary counter-mobilization against multiracial, pluralistic democracy won’t stop because the people behind it have some sort of epiphany that they shouldn’t go *that* far. It will either *be stopped* or succeed in entrenching white Christian patriarchal rule.”

Also, this following point is so true…and for those of us who have been told for years that we were “overreacting” about the threats to democracy in this country (e.g., back in 2003, I wrote a piece, “Is America Drifting Toward Fascism?”, and pretty much nobody cared), it’s really infuriating:

On this day, and every day, remember: Those who like to scold the “alarmists” with a hearty “They won’t go *that* far!” have been consistently wrong. The “alarmists” have been mostly spot on about what the reactionary end game would be. Adjust your expectations accordingly.

Finally, for everyone who assured us confidently that demographics were on our side and that Republicans were supposedly doomed, here’s Zimmer:

“Every iteration of the ‘We have the numbers / Time is on our side’ argument is based on a misjudgment of both the structural context of a political system defined by counter-majoritarian distortions as well as the depth of ideological commitment on the Right.”

Finally, small-d “democrats” all need to wake the hell up and realize:

The question is, do “we” (the pro-democracy majority) “really mean it” too? Or are we simply not serious about saving our country from sliding into authoritarianism or even fascism? The elections of 2010, 2014 and 2016 indicated strongly that we are NOT serious, while the 2017-2020 elections indicated that perhaps we ARE serious. So which one’s it going to be? And no, we can’t be serious one year, then not serious the next year, etc.; we have to be serious ALL THE TIME. 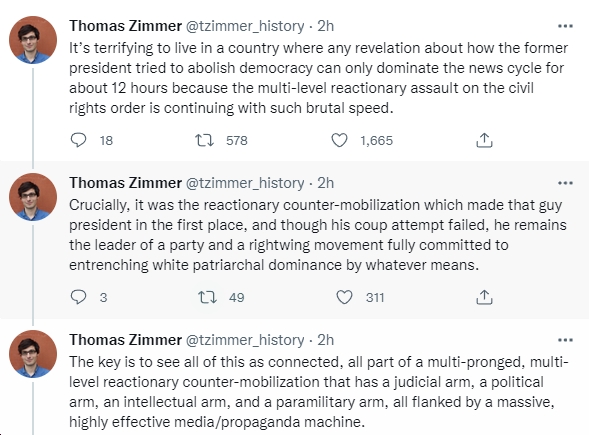 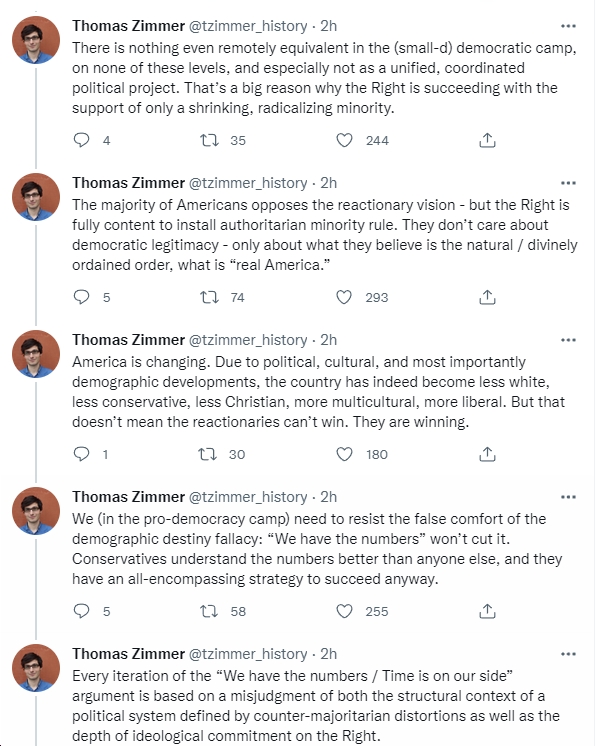 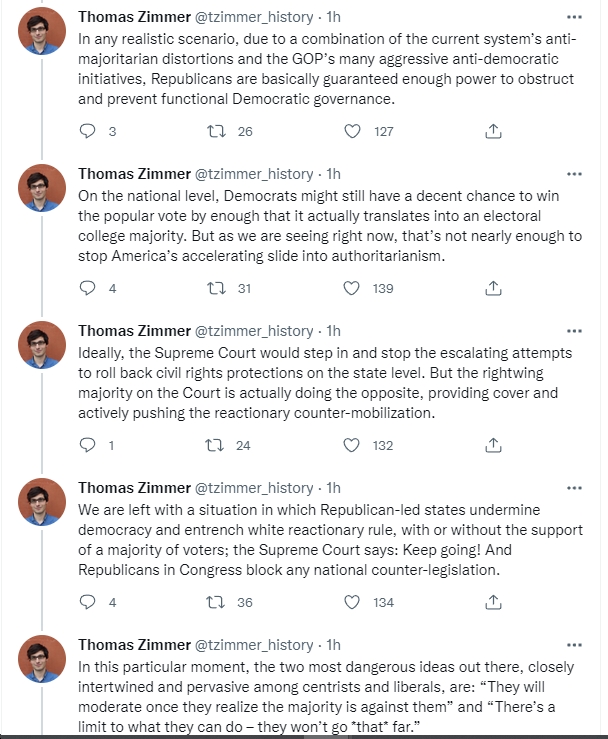 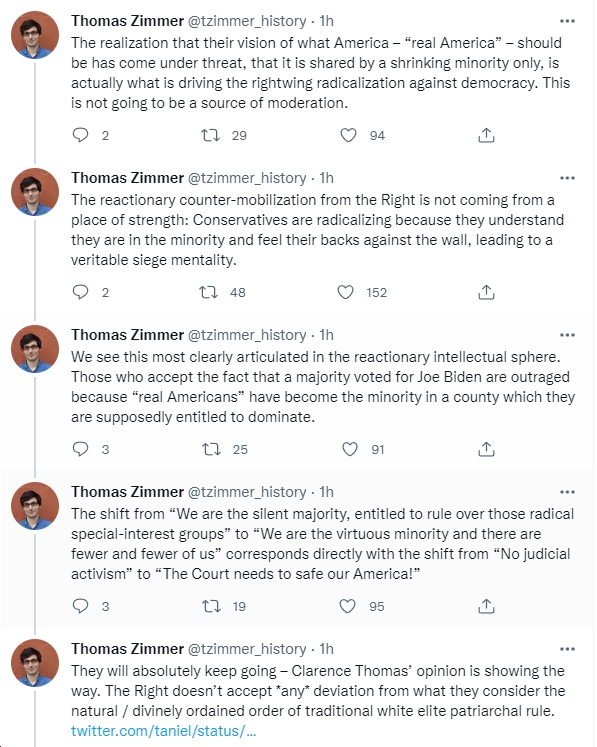 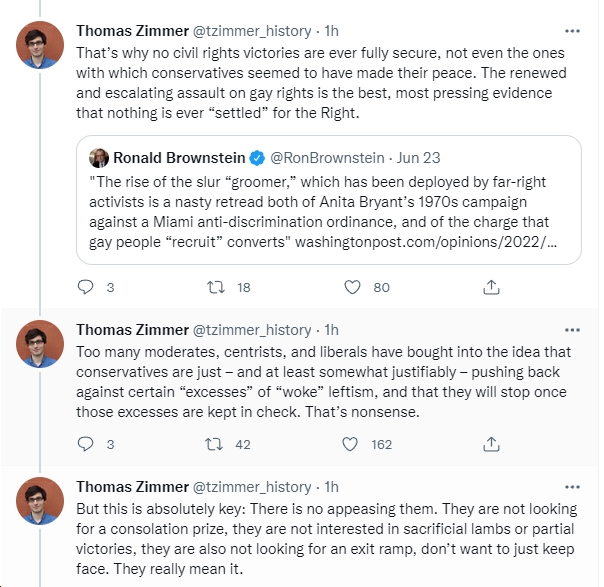 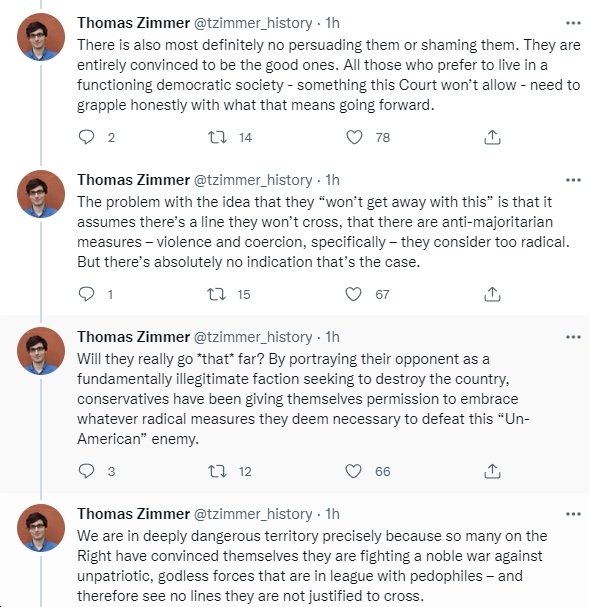 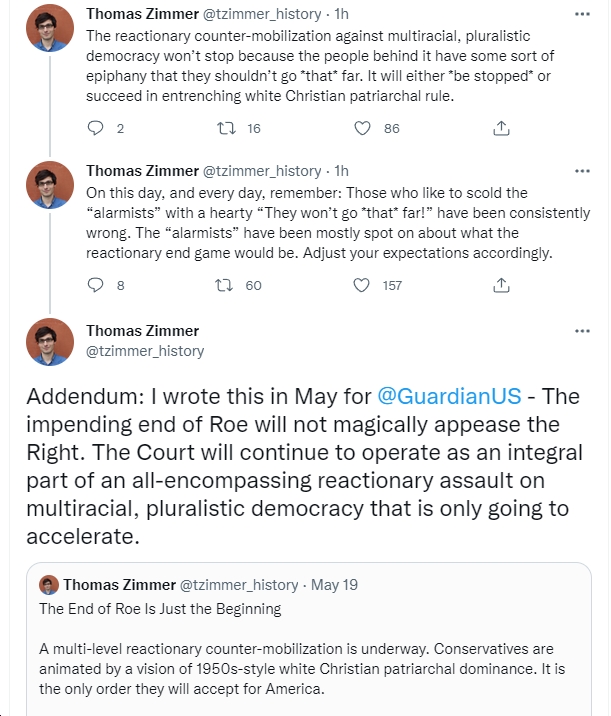