The recent violence is prompting one House Democrat to draft a measure aimed at severely restricting access to the AR-15-style weapons used by different gunmen in the carnage. Rep. Donald Beyer of Virginia, a member of the tax-writing Ways and Means panel, wants to impose a 1,000% excise tax on assault weapons.

“What it’s intended to do is provide another creative pathway to actually make some sensible gun control happen,” Beyer told Insider. “We think that a 1,000% fee on assault weapons is just the kind of restrictive measure that creates enough fiscal impact to to qualify for reconciliation.”

Also, “high-capacity magazines that can carry more than 10 rounds of ammunition would be aggressively taxed at that level.”

Great ideas; the questions are: 1) whether the Senate parliamentarian is ok with the use of “reconciliation” (which only would require 50 votes, since it’s not subject to the filibuster) for a bill like this; 2) whether there are 50 votes in the Senate to pass it, given that there are only 50 Democratic Senators, that not a single Republican will likely support it, and that Joe Manchin also likely won’t support it.  All the more reason to elect a few more Democratic Senators in November and make Joe Manchin’s obstructionism a moot point! 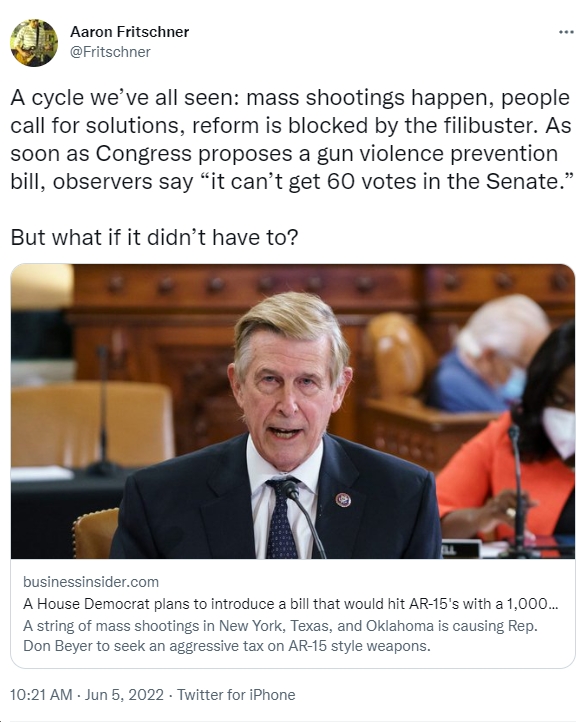 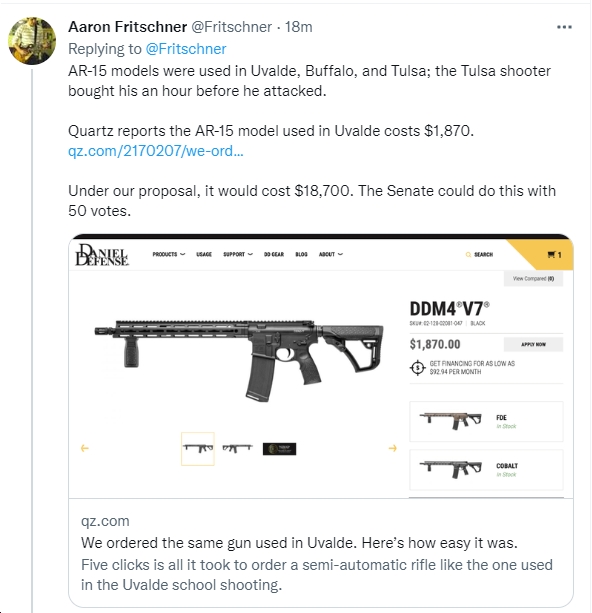 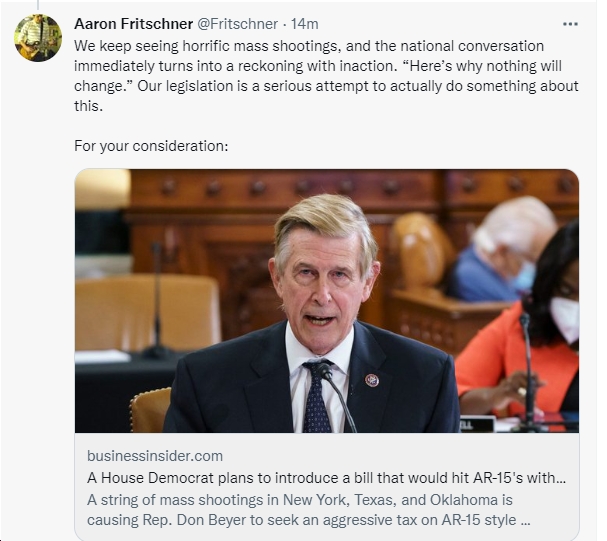