It’s hard to tell what the worst part of Youngkin’s latest executive order (Executive Order 19) is:

Just pathetic no matter how you look at it. See below for some more information, courtesy of reporter Sarah Vogelsong, Del. Marcus Simon and State Sen. Ghazala Hashmi on this latest Youngkin administration cluster@#$@. 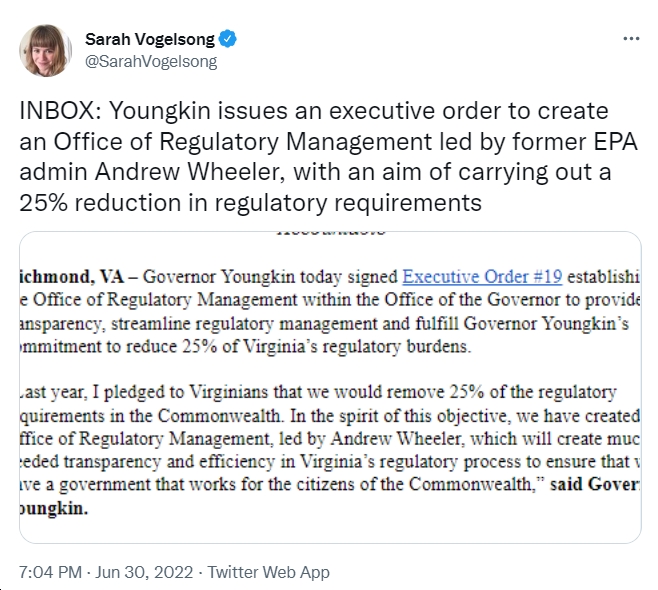 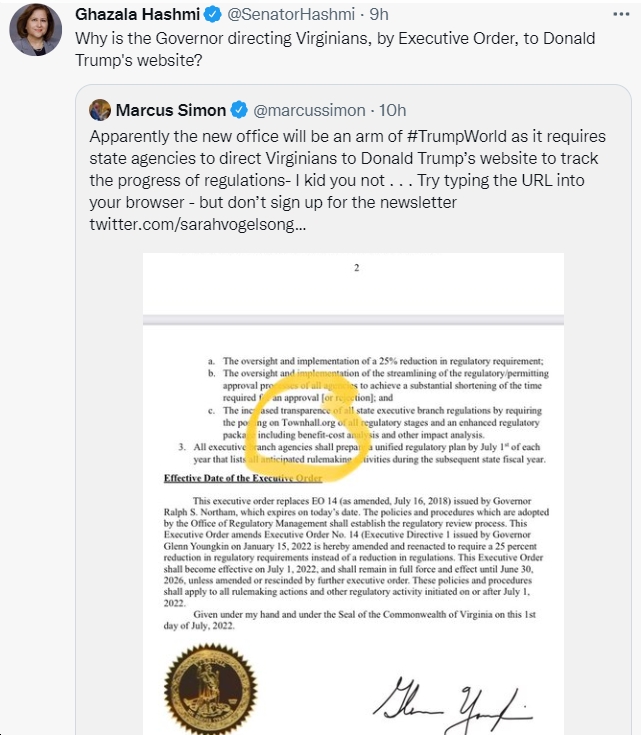 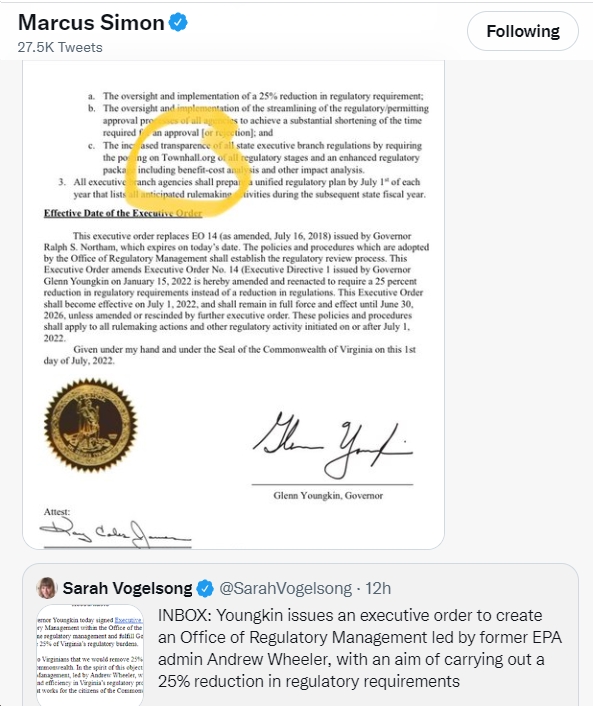 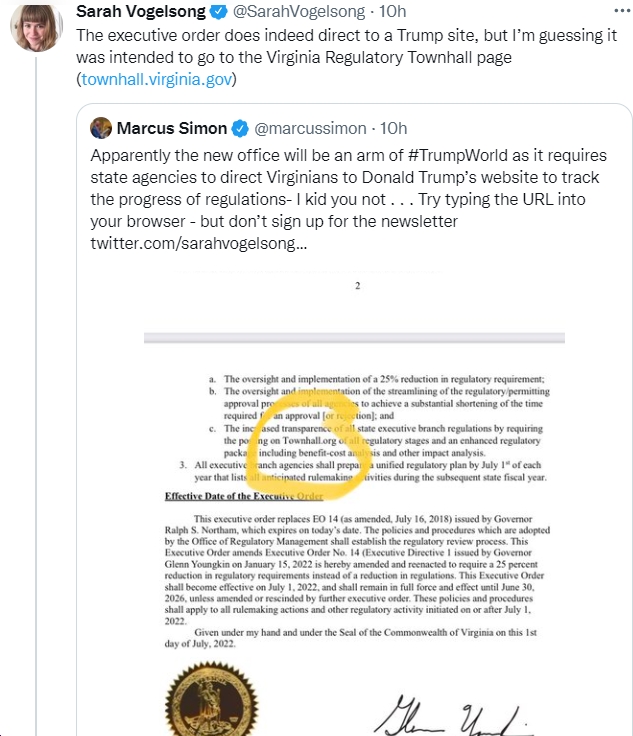