“A stunning move by the DOJ and FBI. This same DOJ labeled parents in Loudoun County as terrorists and failed to enforce federal law to protect Justices in their homes. Selective, politically motivated actions have no place in our democracy.”

In response, Sen. Kaine responded both on video and on Twitter, ripping Gov. Youngkin. To watch the video, check out the Roanoke Times article. Also, here’s a transcript, with bolding added for emphasis.

“Where is there a shred of evidence that DOJ labeled Loudoun parents ‘terrorists?’ And attacking the FBI at the same time the entire VA federal delegation and Economic Development office are trying to convince the FBI to move its HQ to Virginia?

In America, no one is above the law. We need to support, not trash, our law enforcement community enforcing those laws.” 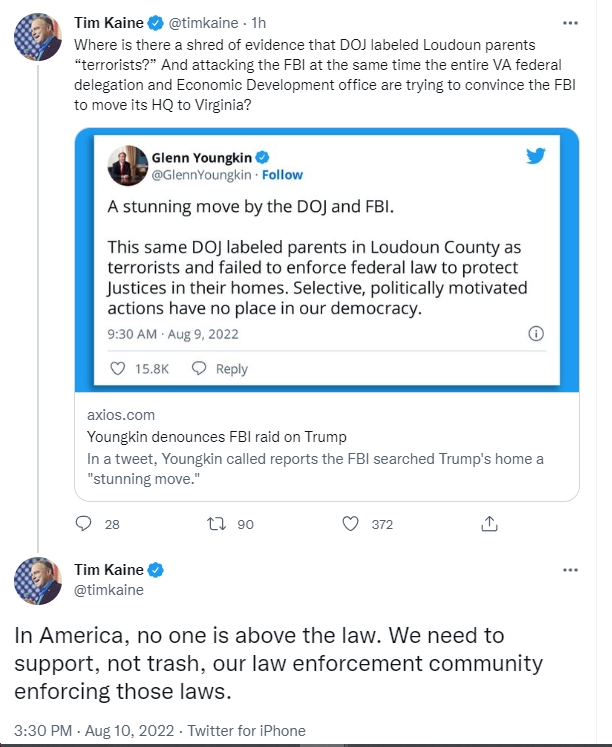