Now with a 5-4 Youngkin-appointed majority on the Virginia Board of Education, as well as some real right wingnuts (Elizabeth Schultz, etc.) in positions of authority overseeing Virginia’s public education system, watch out for some bad stuff to really start happening now. For more background, see Virginia Board of Education delays review of history standards (“The Virginia Board of Education delayed proposed revisions to state standards for history and social studies lessons at a Wednesday meeting, the first held with the five-member majority newly appointed by Gov. Glenn Youngkin. The reconstituted nine-member board on Wednesday also heard the details of an initiative by Youngkin (R) establishing “lab schools” via partnerships between colleges and K-12 districts and voted to alter how the state will assess the academic performance of some students with disabilities this year.”). Also, see below for a few comments, including:

In short – watch out, bad changes ahead! 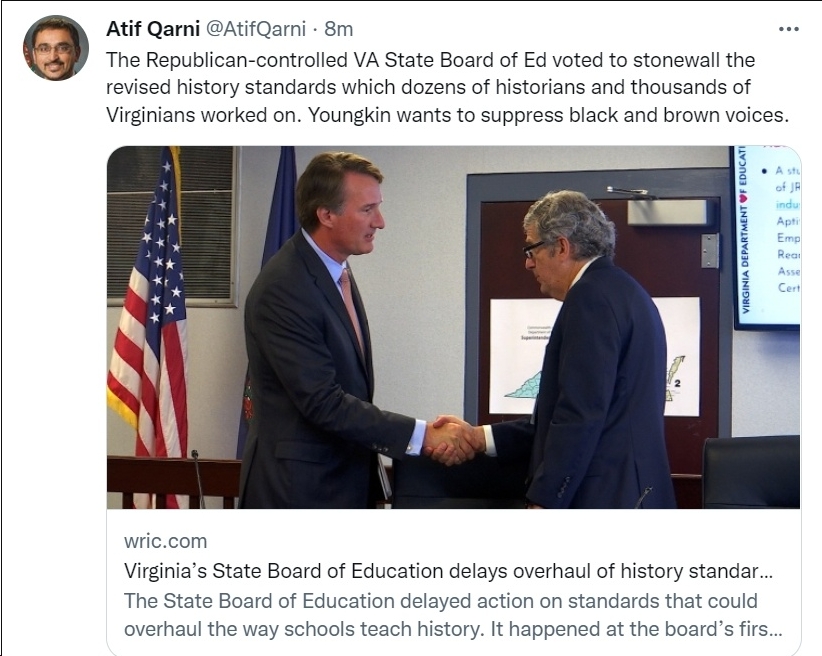 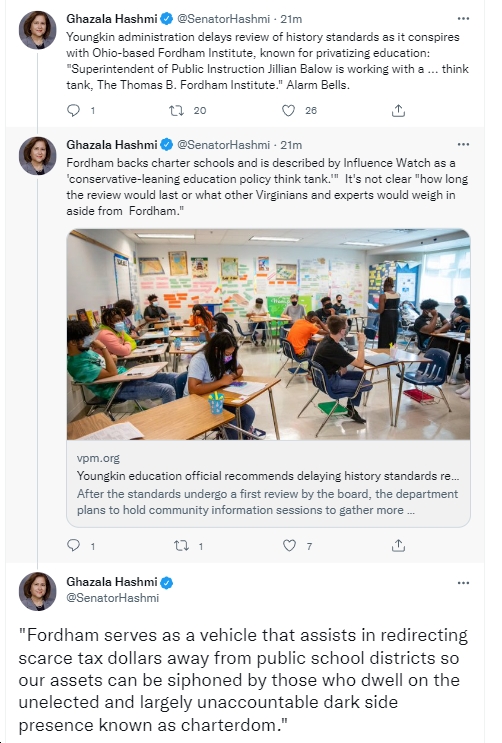 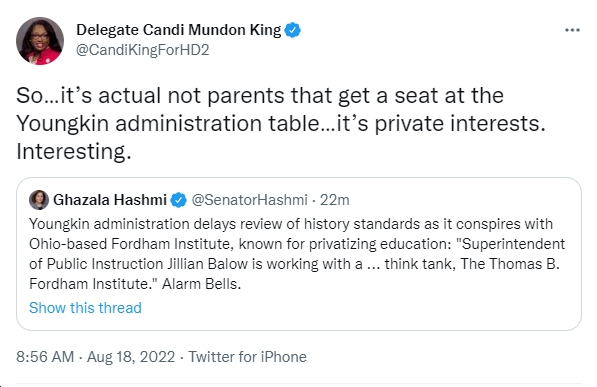 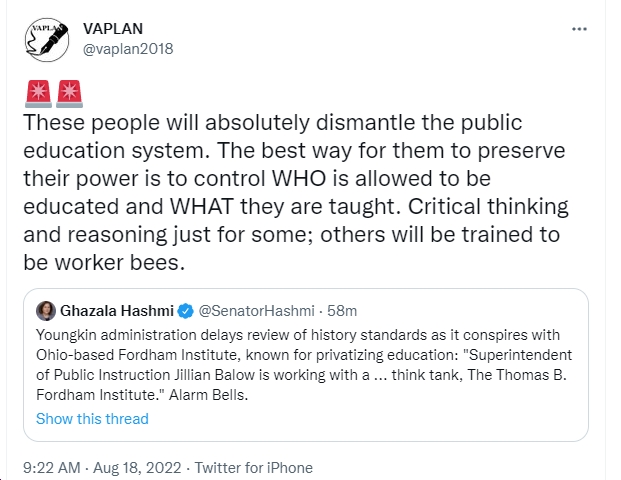