See below for video and a few reactions to Gov. Glenn Youngkin’s ridiculous, dishonest, smarmy, faux-sincere speech to the Virginia House and Senate “money committees” this morning. A few “highlights include”: 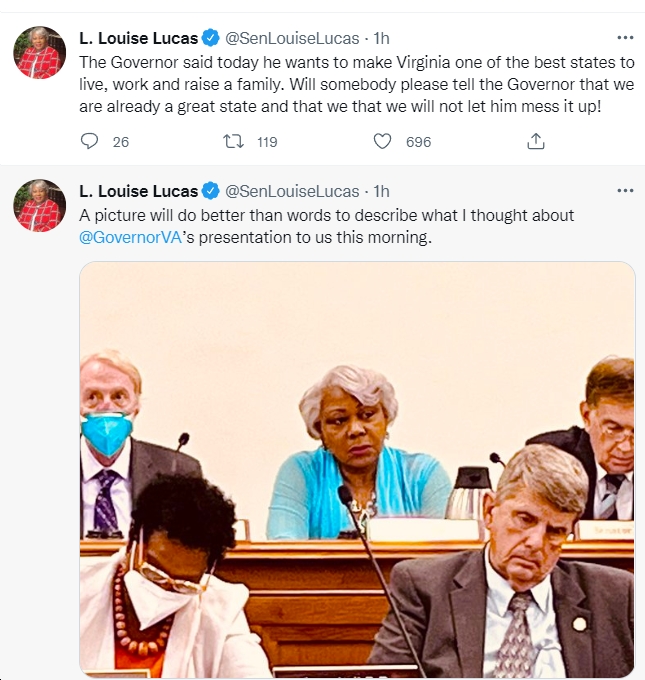 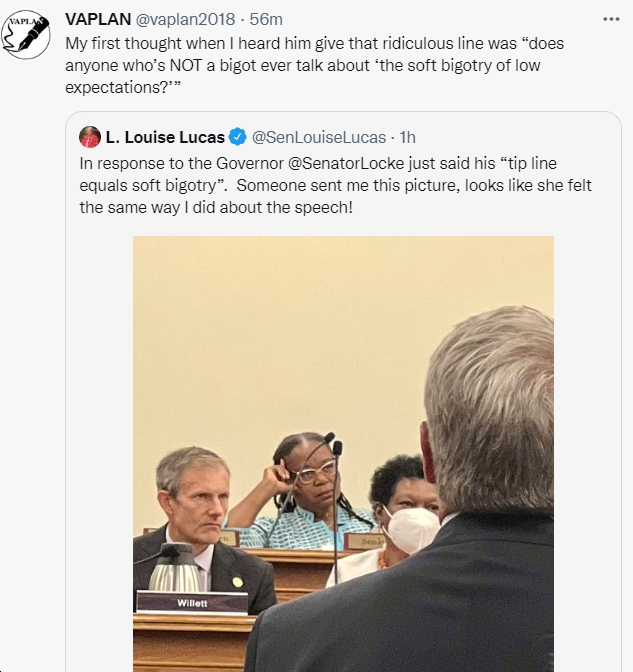 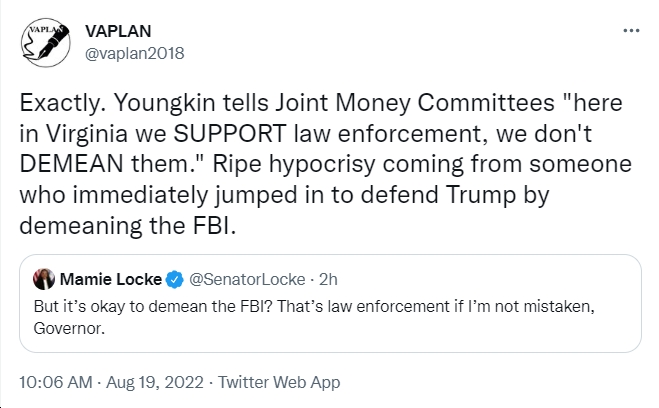 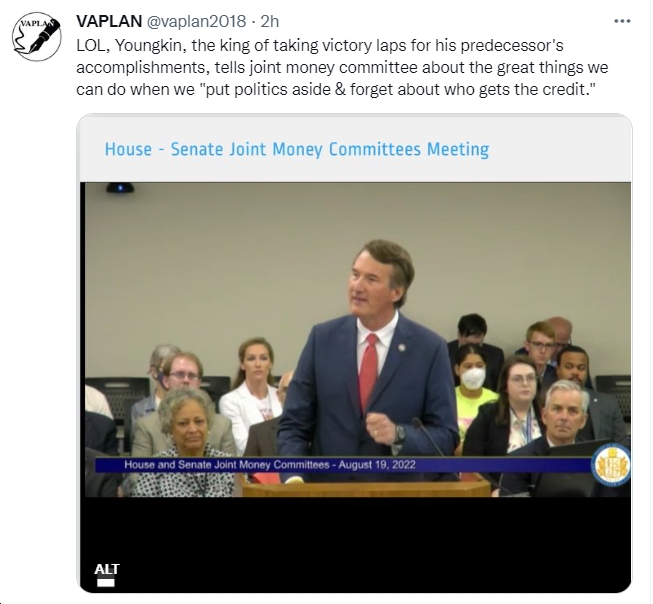 “Virginians value entrepreneurship, freedom and privacy. Governor Youngkin’s intent to ban abortion is antithetical to all of those values and is bad for business.” – @PPAVirginia https://t.co/UpISPiakkn pic.twitter.com/QRIRv76mMq

Among his many endearing qualities (heh), Youngkin loves taking credit for stuff he had NOTHING to do with… https://t.co/qrWnyjB1I7 h/t @marcussimon pic.twitter.com/ymHjXuObQl

The rosy outlook @GovernorVA just painted about Virginia’s economy (made possible by Dems) will all be in danger if he passes his proposed abortion bans. What major employer wants to relocate to a state that outlaws women’s healthcare choices?