Good to see Rep. Abigail Spanberger (D-VA07) blasting Gov. Glenn Youngkin for his administration’s pathetic, reactionary “Model Policies for the Treatment of Transgender Students in Virginia’s Public Schools.” As Rep. Spanberger puts it, “Gov. Youngkin’s mandate targets vulnerable children, and it’s downright shameful to think that an elected leader would punch down at kids to score political points.” Rep. Spanberger adds, correctly, that this “mandate rolls back the rights of kids to be themselves in schools,” and “will hurt children, especially LGBTQ children who already suffer higher rates of depression and are at greater risk of suicide.”

Finally, needless to say, if you want a representative in Congress who supports – and who doesn’t attack, demean, or put in harms way – LGBTQ children, then make sure you do everything you possibly can to reelect Rep. Spanberger this election day, particularly given the fact that her Republican opponent is a far-right-wing politician (Yesli Vega) who “has made her anti-same-sex marriage stance very clear,” including stating her support for the “traditional definition of marriage” and who, “as a Supervisor in Prince William County, Vega consistently voted against crucial LGBTQ protections and proclamations.” For instance: 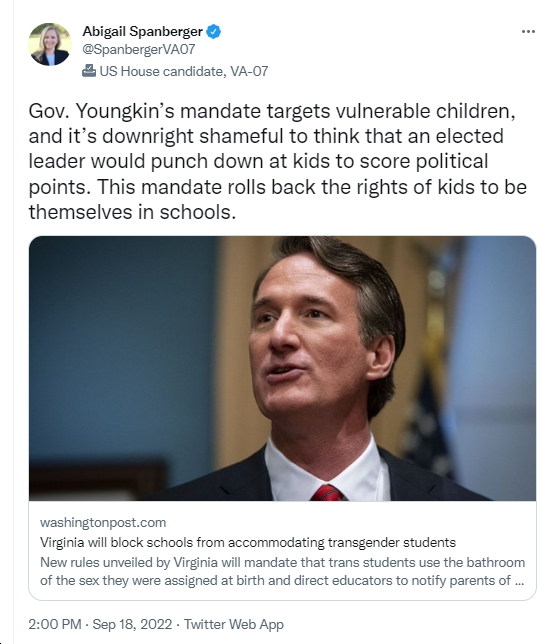 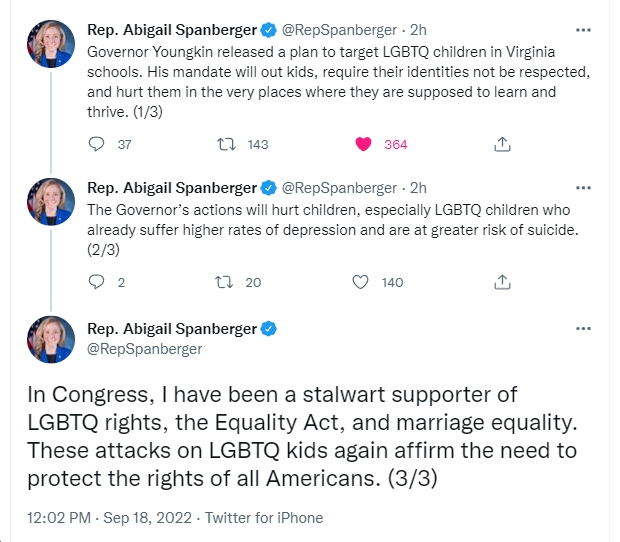