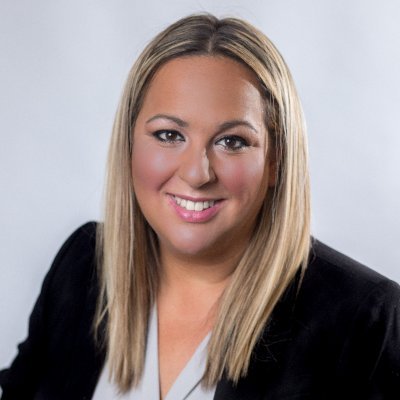 With Del. Mark Keam (D-HD35)’s resignation a few weeks ago to go work in the Biden administration, there’s going to be a special election to fill the seat on January 10, 2023. But first, we had the Democratic nominating caucus to select a nominee from the two candidates who filed for this overwhelmingly “blue” seat in the Vienna/Tysons area of Fairfax County: 1) “BRAWS” (“Bringing Resources to Aid Women’s Shelters”) Founder Holly Seibold and 2) Fairfax County School Board member Karl Frisch. Early voting was held this past Tuesday and Thursday, with the caucus held today (voting ended at 4 pm). Now, the results are in, and the winner is…

See Karl Frisch’s concession here, in which he writes: “Losing is always difficult — especially when so many people invest their time, talent, and hard-earned money in your cause. That said, losing is a little easier to digest when it’s to someone as capable as @HollySeiboldVA. She will be a great Delegate. We have three months until the Special Election to fill @MarkKeam’s seat and I will do whatever I can to help her succeed.”

I’ll post the final results as soon as they’re available…also see here. [UPDATED 7:10 pm – Seibold beat Frisch by a vote of 1,210-1,143. She really won big on her home turf of Vienna, while Frisch won in Oakton] 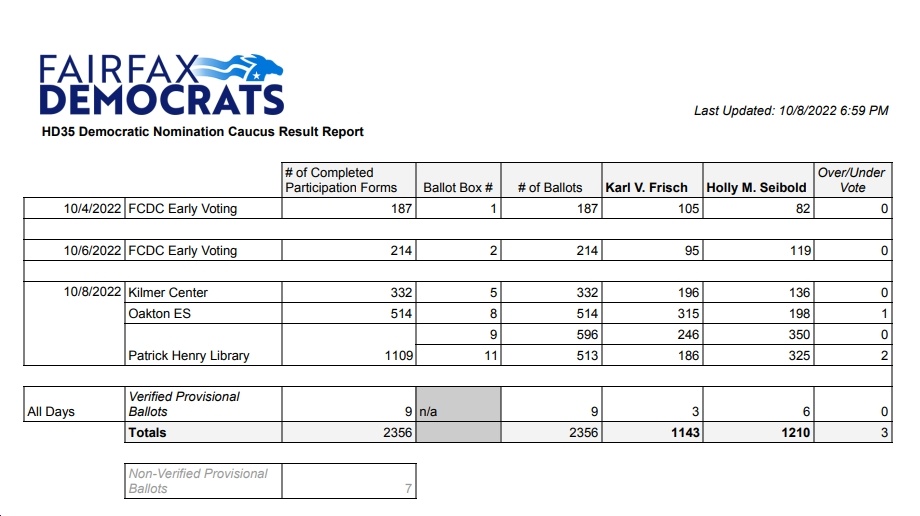 Anyway, thanks to both candidates for running, and congrats to Holly Seibold. Let’s make sure she wins in January! 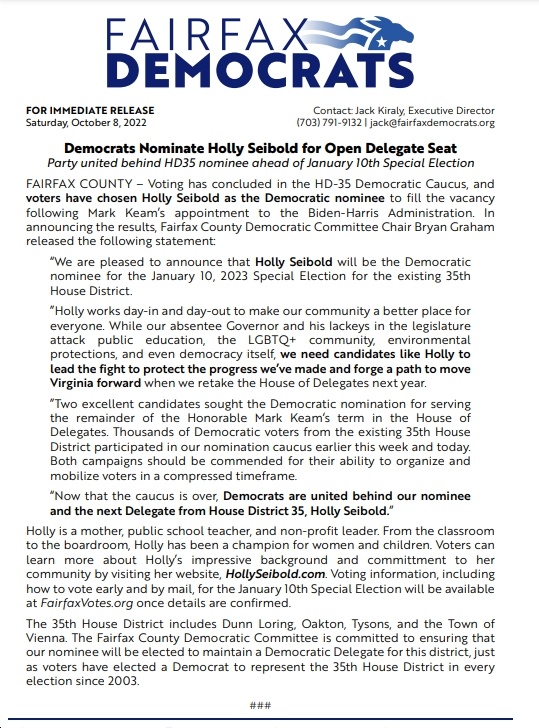