In the election last fall that sent Glenn Youngkin to the Virginia governor’s office and propelled him to G.O.P. stardom, the state and local Republican Party tasked Joseph Brody with coordinating volunteers to knock on doors of potential Youngkin voters in the state’s strategically crucial northern suburbs.

But eight months earlier, Mr. Brody had been immersed in the Jan. 6 attack at the U.S. Capitol, according to the F.B.I., which said that he assaulted a police officer with a metal barricade and breached several restricted areas, including the Senate floor and the office of Speaker Nancy Pelosi.

Now, Mr. Brody, 23, who the F.B.I. said was associated with the white nationalist group America First, is facing felony and misdemeanor charges for his role…

Prediction: Neither Youngkin or his campaign operation, and certainly not the far-right Fairfax GOP(Q), will issue even “a little teeny condemnation for a Holocaust denier” who “was paid by the VA GOP” to help elect Glenn Youngkin last year. 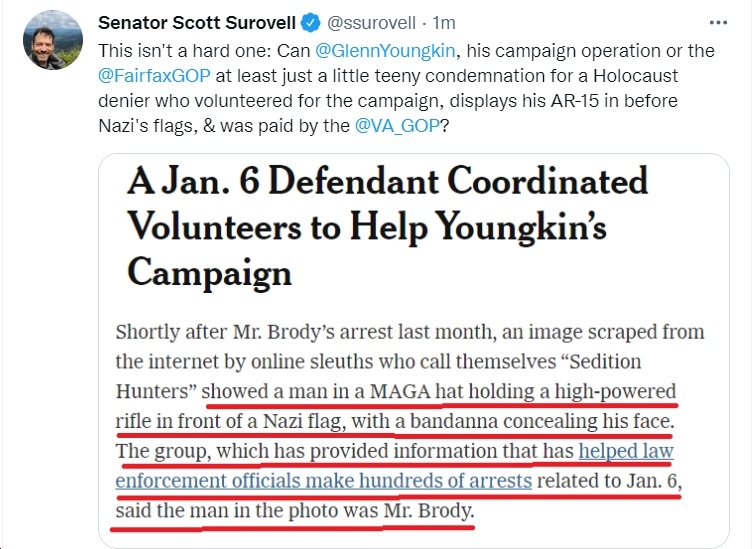