Late yesterday, in a classic late-Friday “news dump,” the Youngkin administration announced a bunch of new administration and board appointments. Among those were Martin Brown as the new “Chief Diversity, Opportunity, and Inclusion Officer” of Virginia. So who is Martin Brown?  See below for more, including the fact that – as Virginia Public Media reporter Ben Paviour points out (per the Richmond Times-Dispatch), “Brown is the former executive director of the Family Foundation, a conservative advocacy group that’s pushed for tighter abortion laws.”

Family Foundation of Virginia is a socially conservative and Christian fundamentalist lobbying organization headquartered in the US city of Richmond, Virginia. It was focused originally on opposition to sex education. It has expanded to opposition to the Equal Rights Amendment, nondiscrimination policies,[2] and same-sex marriage. The organization supports legal conversion therapy for minors[3] and increased legal restriction on abortion.[4]

Family Foundation of Virginia opposed a 2006 proposed LGBT employment anti-discrimination law; Cobb described the proposal as “another legislative attempt to force people to believe that homosexuality is as immutable as the color of a person’s skin.”[19]

In 2007 the organization lobbied for legislation to end no-fault divorce for married couples with children.[20]

In 2012 Family Foundation of Virginia lobbied against the nomination of Tracy Thorne-Begland as a district judge, accusing him of “a violation of the military oath” because he had come out as gay while serving in the Navy during the Don’t ask, don’t tell policy era.[21] Thorne-Begland’s nomination was not confirmed. The gay rights group Equality Virginia issued a statement saying this was the result of pressure by the Family Foundation.[22]

…Family Foundation of Virginia lobbied against the ERA. In an editorial, Victoria Cobb wrote that she was able to “lead an organization, earning the same pay as [her] male colleagues” without the ERA, “a vague amendment promising vague rights.”[24] 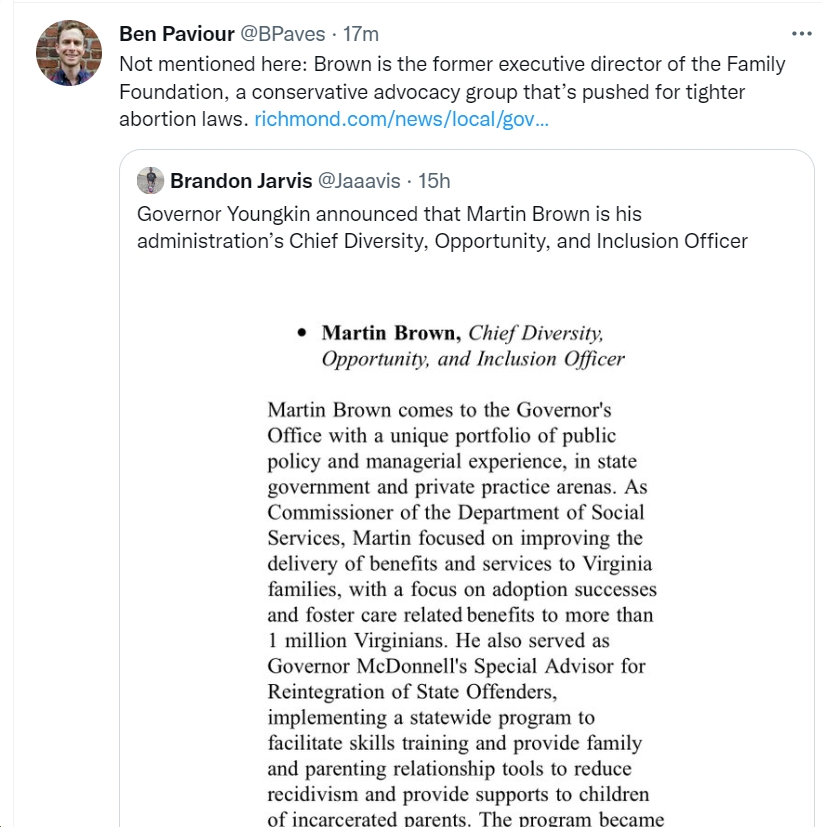