On and on it goes in America…and not in any other country in the world. As Rep. Elaine Luria (D-VA02) says, “Enough is enough.” And as Rep. Abigail Spanberger (D-VA07) says, “Our country cannot continue to live in fear of gun violence. We must do more to keep Americans safe.” See below for more reactions, including:

As for 100% pro-NRA/pro-gun Virginia Republicans like Glenn Youngkin and Winsome Sears, their “thoughts and prayers” are completely worthless, insulting really, given that THEY are the ones who are largely responsible for the scourge of gun violence in America, and THEY are the ones who block any efforts to do something about it. 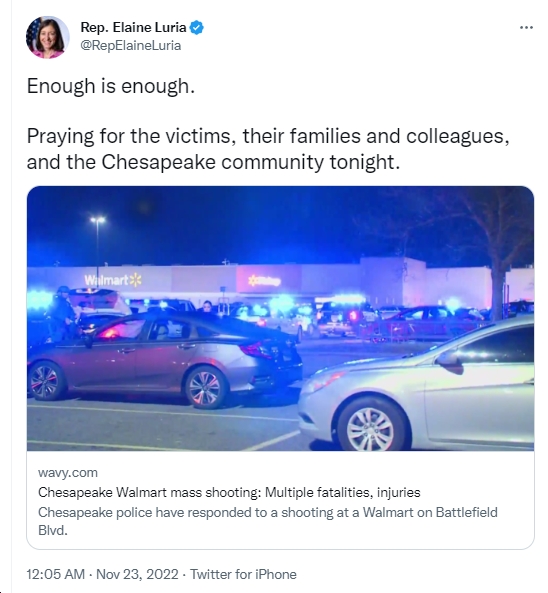 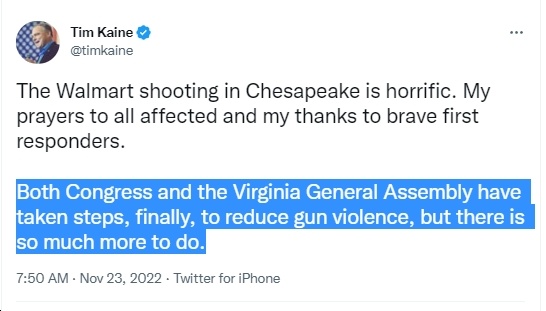 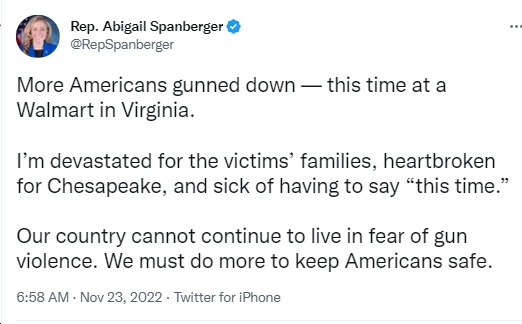 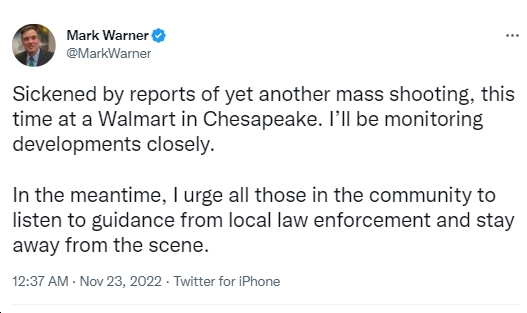 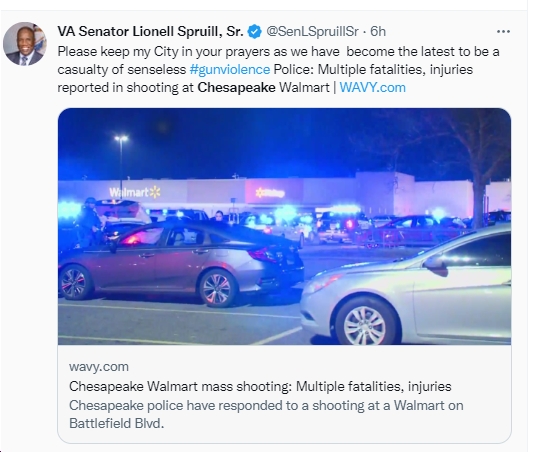 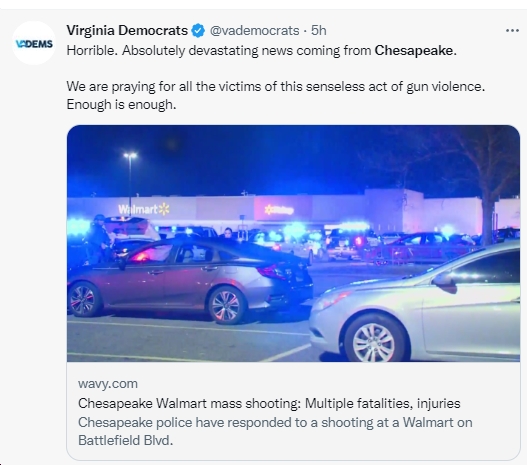 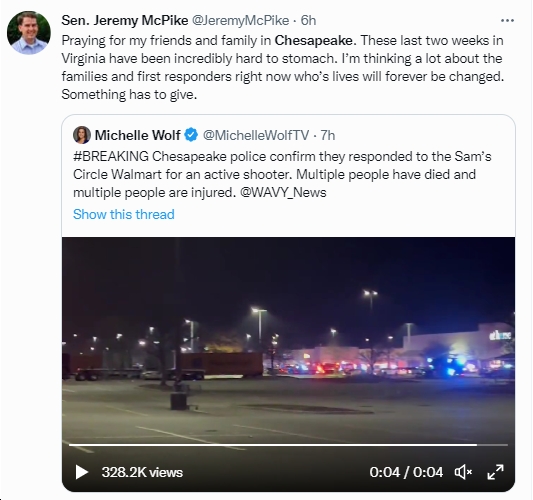 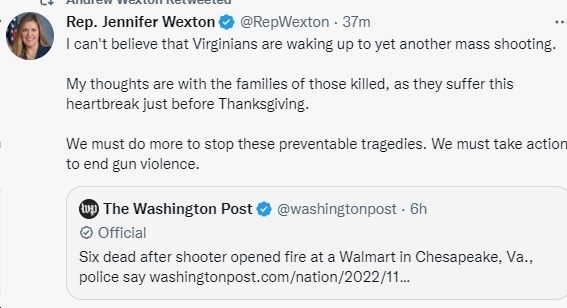