Arlington/Falls Church Commonwealth’s Attorney Parisa Dehghani-Tafti, who was first elected in 2019 – narrowly defeating incumbent Theo Stamos in the Democratic primary, then easily winning the general election in November – yesterday announced for reelection. See here and below for her Facebook post, in which she says:

“In just 3 years, in the midst of a global pandemic, in the face of a right-wing recall campaign and constant resistance from opponents of reform, I’ve kept my promises and together we’ve achieved extraordinary progress….But, for all the progress we’ve made in 3 years, there’s still more to do: create victim restitution fund, build out restorative justice, establish first appearance right to counsel, lower public counsel income threshold, reduce racial disparities, maintain our low crime rate.”

Dehgani-Tafti also lists a bunch of endorsements, including Rep. Don Beyer (D-VA08), Del. Patrick Hope, Sen. Scott Surovell, Sen. Jennifer McClellan, former Del. Jennifer Carroll-Foy, Arlington County Board members Takis Karantonis and Matt de Ferranti, etc. We’ll see if Dehgani-Tafti draws a primary challenge (there are rumors about one possibility); if not, she should easily win reelection in overwhelmingly Democratic Arlington and Falls Church. On a related note, it will be very interesting to see if other progressive prosecutors first elected in 2019 – Steve Descano in Fairfax, Buta Biberaj in Loudoun, etc. – draw primaries and/or are reelected next November. 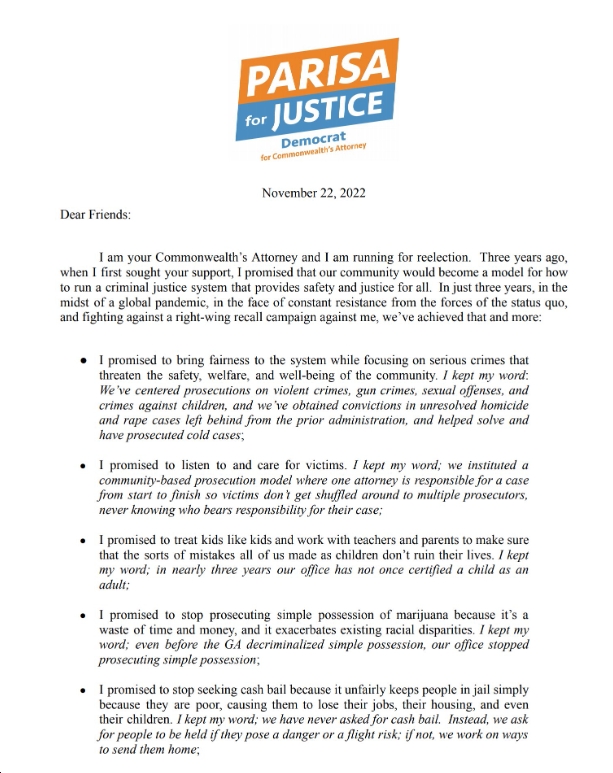 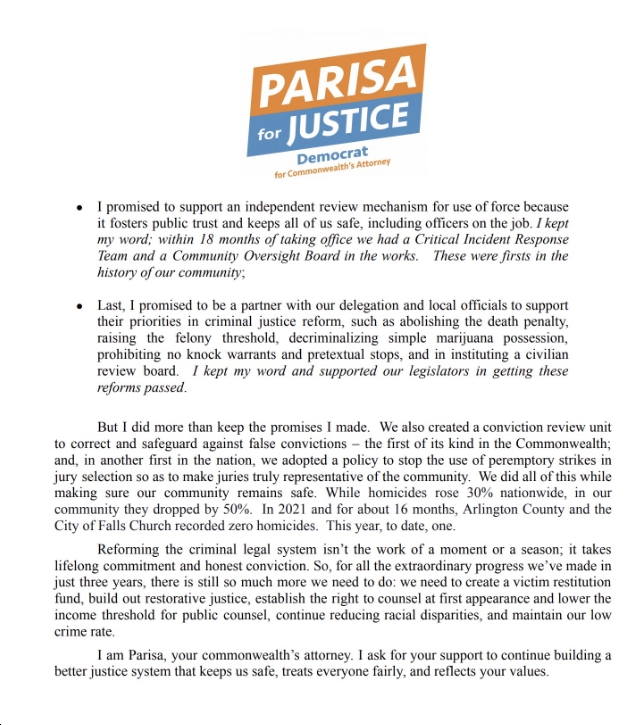 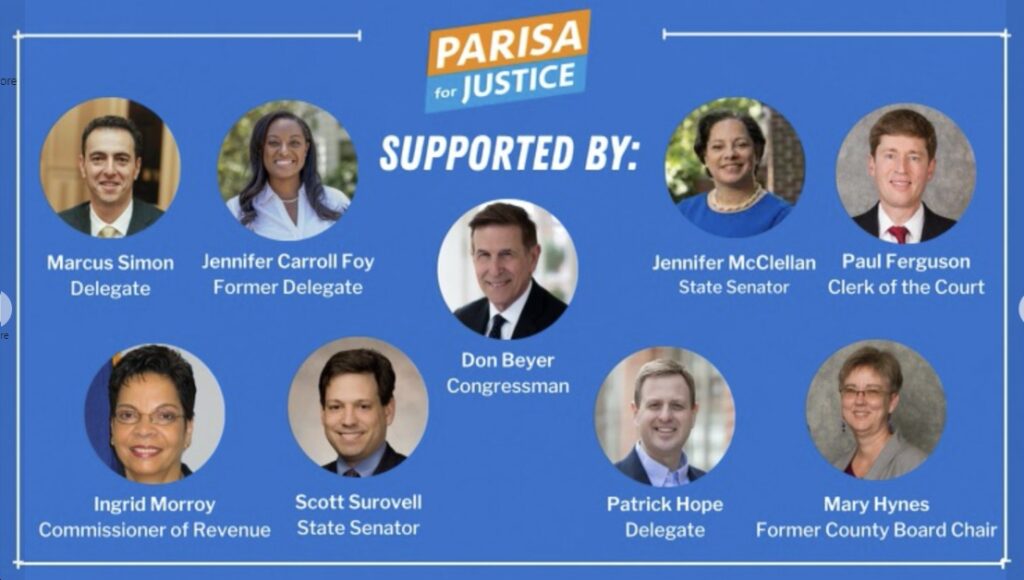 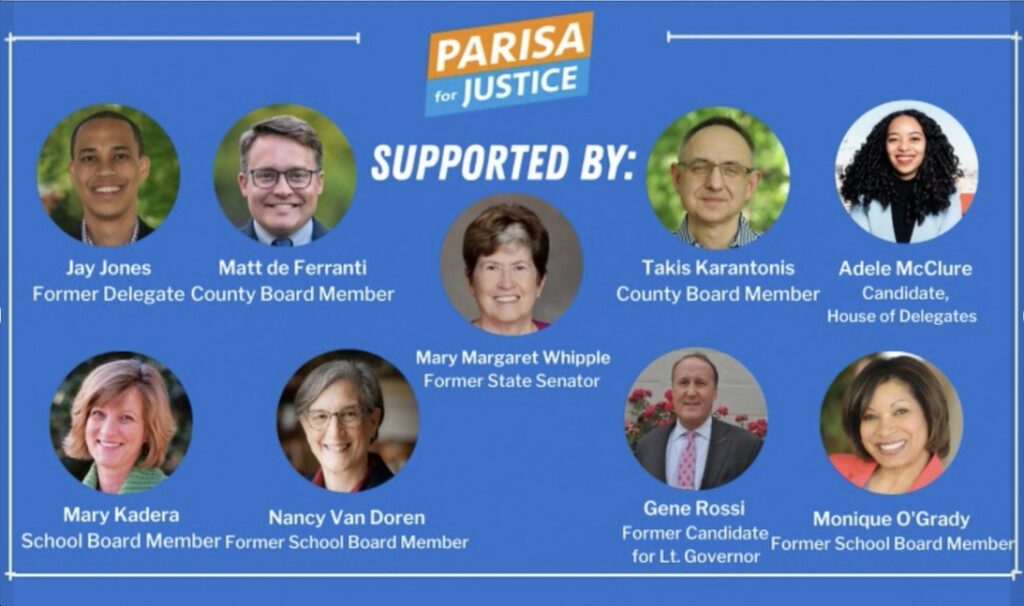