With the 2022 elections (almost) in the rear-view mirror (thank goodness!), we can now start to turn our attention to the VERY important elections for Virginia House of Delegates and State Senate (every seat will be up in both chambers next November!), as well as key local offices. To avoid Glenn Youngkin and his far-right, anti-reproductive-freedom, anti-democracy allies gaining a governing “trifecta” – and almost certainly restricting or banning abortion in Virginia – Democrats absolutely MUST keep control of the State Senate, which they now control by a slender 21-19 margin, and also would GREATLY benefit from taking back control of the House of Delegates, where Republicans have a narrow 52-48 majority that they won by only a few hundred (!) votes in a handful of seats last year. So, take a break, but remember, we all have our work cut out for us next year in the ongoing fight against Trumpism, authoritarianism, assault on our personal freedoms, etc.

With that, here’s a good, short preview by Sam Shirazi of the “current lay of the land” and what’s at stake:

The current lay of the land

GOP will try to win back State Senate and hold House so they can pass bills for Gov. Youngkin to sign

Dems will try to stop that

There are 40 seats, Dems need 21 for majority, but GOP only needs 20 bc Lt. Gov breaks tie

48 seats are at least Likely Dem

I’ll do my best to keep everyone updated 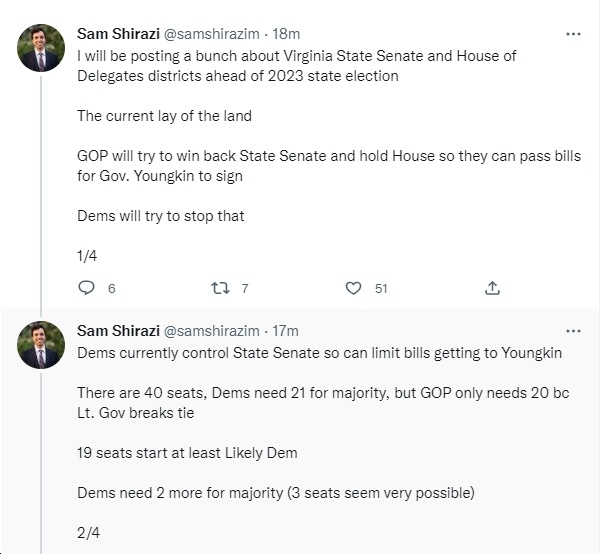 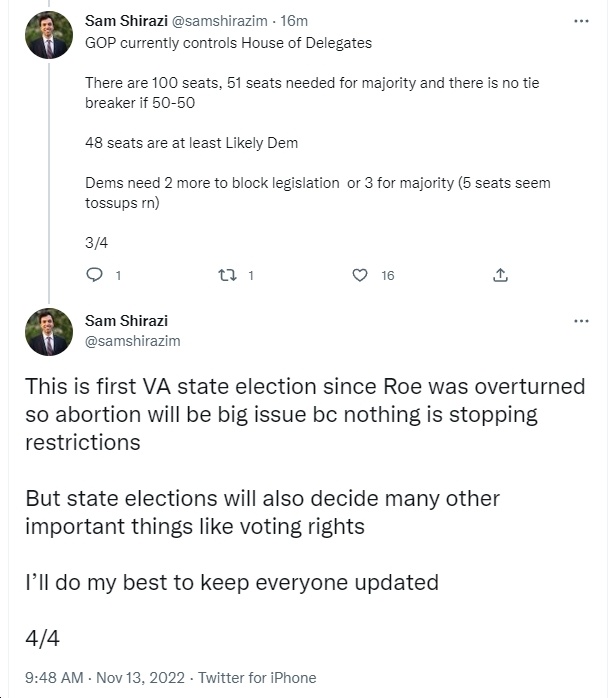 P.S. No question, this seat – held by Democrat Monty Mason – will be highly competitive next year and is CRUCIAL for Dems to hold… 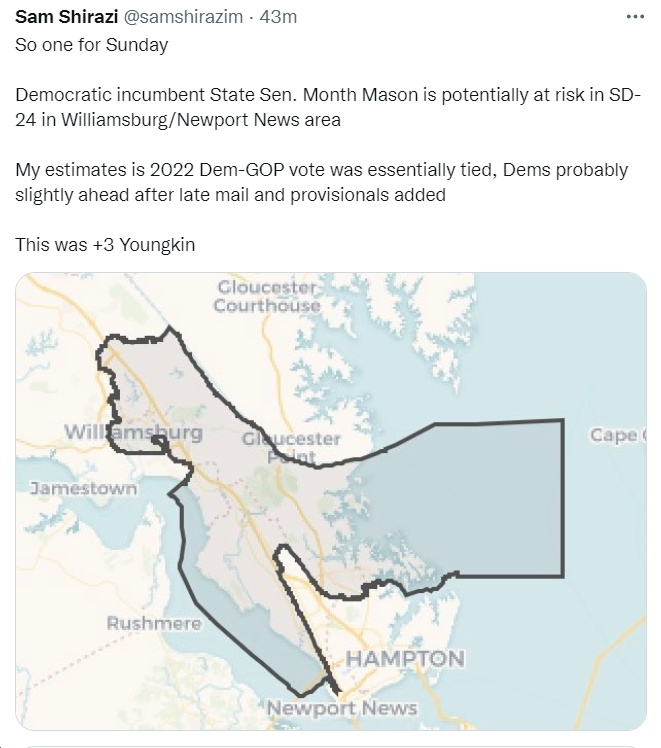