See below for yet another superb thread by Georgetown University Professor Thomas Zimmer, this time on how the “Right’s counter-mobilization against democracy is driven by the reactionaries’ disdain for all those who dare to question what they see as their rightful place at the top, their supposed right to dominate the nation, the family, the workplace, the public square.” Scary stuff, and why we must never let our guard down. 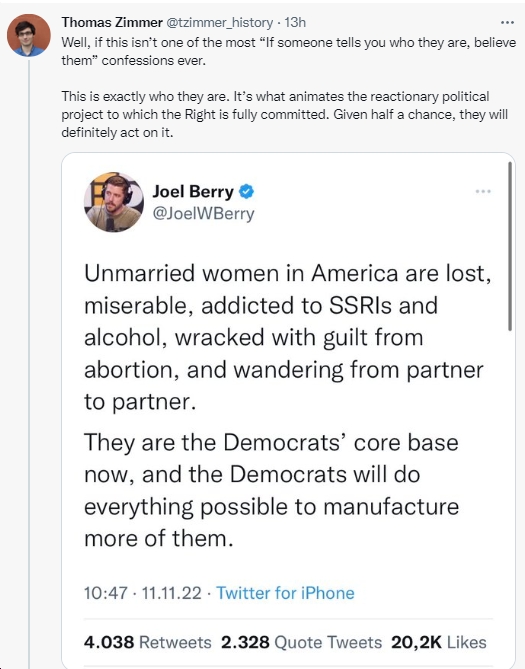 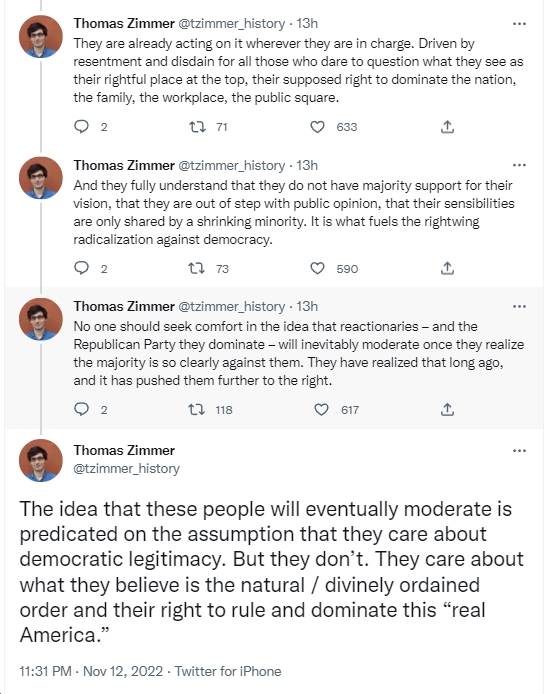 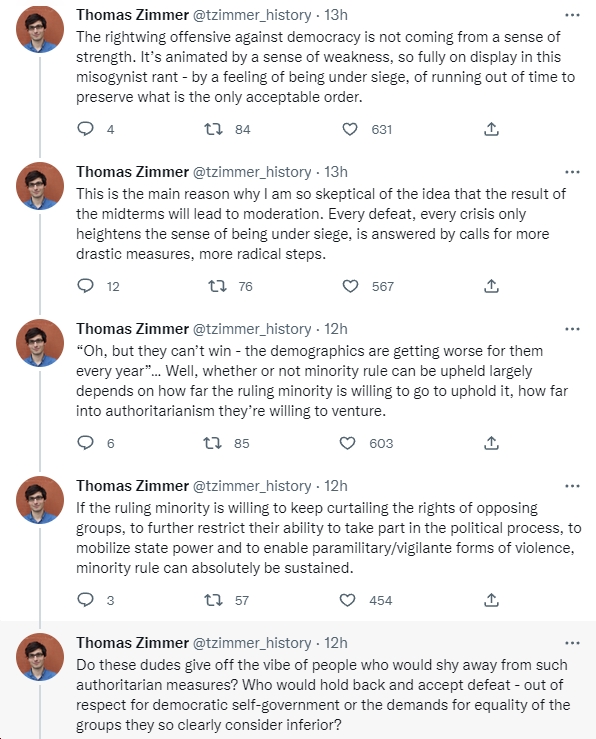 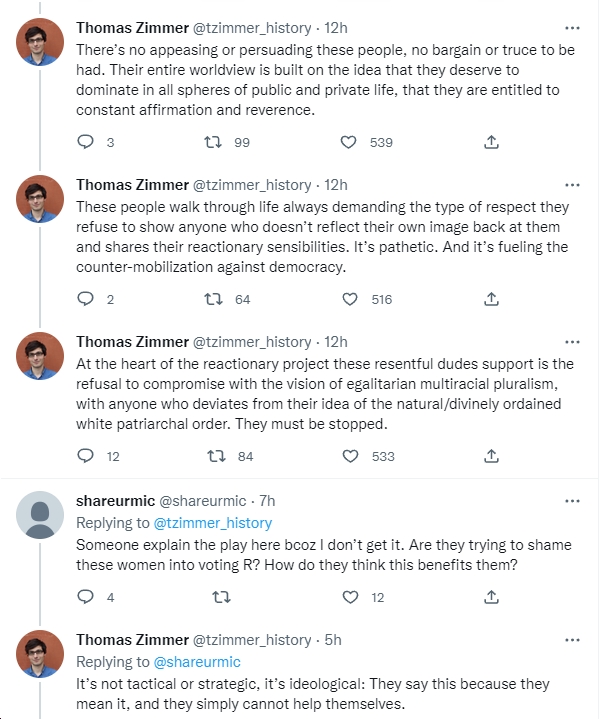