A Rush to Judgement vs. The Rush To Shoot 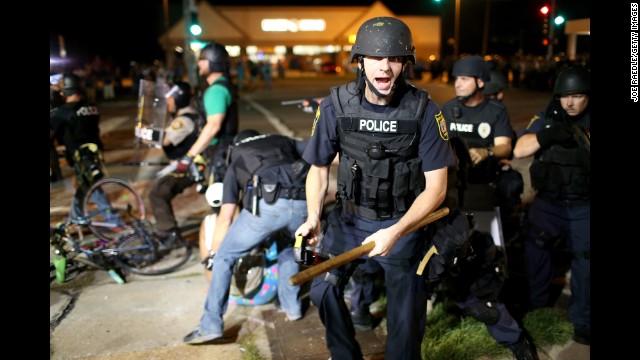 I continue to be baffled by those (mostly "conservatives") who keep wagging their fingers and warning us against any kind of "rush to judgement." What about a rush to shoot?

Your government rushed to use chemical agents, rubber bullets, and technology designed for waging war on foreign enemies- all against peaceful citizen protestors. Tear gas and bullets were not used during the looting, but against peaceful protestors in their own neighborhood.

You go on and on about an oppressive big government violating your freedoms- but when armed agents of the state violate the freedoms of poor black people, you wag your finger and tell us not to "rush to judgement."

You look the other way when it happens in a poor black neighborhood because you're thinking to yourself well, that's a dangerous place full of thugs so they probably deserve it, those people have to know their place.

Here's the point: those are RIGHTS that are being violated, rights that are no less sacred when held by poor people or held by men and women of color.

You allow armed agents of state power to form a domestic army that violates the rights of human beings in an impoverished neighborhood, then I can absolutely and without qualification promise that they're coming to your neighborhood next. It's not a matter of if, but when.

1. The United States has less than 5% of the world's population, yet about 25% of its prisoners.
2. The incarceration rate in America is the highest in the world. We lock up more of our own people than any other country on the planet. The "land of freedom" is the world's jailer.
3. The U.S. prison population is about 2.4 million people: nearly as big as the city of Chicago and twice as big as Dallas.
4. The number of people behind bars in America has grown four-fold (quadrupled) since 1980- despite the fact that violent crime rates have gone down.
5. Approximately 1 of every 99 adults in America will go to sleep tonight behind bars.
6. Our prison population of 2.4 million people means 2.4 million people who are clothed, housed, fed, doctored, monitored, and given recreational and work opportunities every hour of every day of every year - by the government.
7. About 14% of America's prison population is in federal prisons.
8. "The single largest driver in the increase in the federal prison population since 1998 is longer sentences for drug offenders."
9. "The average inmate in minimum-security federal prison costs $21,000 a year. The average inmate in maximum-security federal prisons costs $33,000 a year."
10. "Federal prison costs are expected to rise to 30 percent of the Department of Justice's budget by 2020."
11. The most serious charge against more than half of the country's federal prison population is a drug law offense. Only 4% are behind bars for robbery. 1% for murder.
12. America spends more than $51 billion every year in the war on drugs.
13. 1.6 million people were arrested in America in 2012 for NON-VIOLENT drug law violations.
14. Two out of every three people behind bars in state prisons on a drug offense are black or Hispanic, even though these groups use and sell drugs at similar rates as whites.
15. With big investors on Wall Street, the prison industrial complex is one of the fastest growing economic sectors in America.
16. The use of prison labor is booming as well, especially in providing clothing and supplies to the U.S. military. In 2013, federal inmates sewed more than $100 million worth of military uniforms.
17. A 2012 report found that "All told, nearly a million prisoners are now making office furniture, working in call centers, fabricating body armor, taking hotel reservations, working in slaughterhouses, or manufacturing textiles, shoes, and clothing."
18. This is not about right or left. This is not about Republican vs. Democrat. This is about freedom. America is sick. Rotting from the inside out. We have turned our backs on her, and we have ignored her cries of pain. But it is not too late. We have the cure. We have always had the cure right here in our own hands. It's called liberty. Demand it. Now. Enough is enough.

Enough is Enough: It’s Time for Virginia to Get Out of the Liquor Business 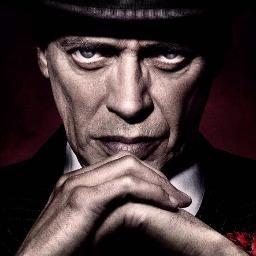 Washington state used to have the same 1920s-era monopoly on liquor that Virginia now has. But in a 2011 referendum, voters wisely put an end to that. Washington state privatized liquor sales last year. And you know what? The sky did not fall. Drunk driving is down, and the state is actually making more money. Go figure.

Governor Bob McDonnell (back in less scandal-ridden days), led a valiant effort to get the Virginia government out of the liquor business, but a coalition of Democrats and Republicans opposed him. Some Democrats did a lot of brow-wiping over the threat of losing millions of dollars the state makes selling booze. Some social conservatives did a lot of hand-wringing about the idea of a liquor store on every corner across the Commonwealth. The very same folks who endlessly beat the drum about less government and greater free enterprise stood in the Governor's way and against their own purported principles.

The day will come when a bipartisan group of leaders steps forward and does the right thing, and they will make history for all the right reasons. They will demonstrate a political courage we don't see enough of these days in Richmond or Washington. That day can't come soon enough. For those of us who believe that governments weren't created to operate liquor stores, history is on our side. And the principles of liberty at the heart of our Constitution demand it.

We Are There: The Legacy of the March on Washington 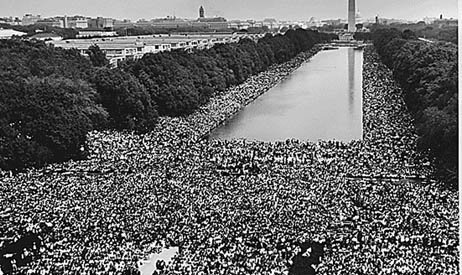 Fifty years ago today men, women and children of all colors and backgrounds marched on Washington to say enough is enough. The malignant conspiracies of discrimination among the most powerful against the poor and people of color had for far too long prevented our nation from realizing its greatest potential. They spoke truth to power. They had the courage to push back. And history was on their side.

We create our governments, and empower its agents, with the duty to ensure the absolute protection of the civil liberties with which each one of us is born: regardless of our ancestry or how much melanin we have in our skin. It is the principle on which America was founded: individual human liberties are a birthright, and the purpose of a government is to ensure that inheritance.

Every generation since 1776 has been tasked with the responsibility to build on that foundation, to do what we can and what we must, to leave freedom stronger for those who come after us. Every generation must push back against the perennial forces of tyranny that literally profit from the suppression of liberty. It is the ongoing revolution in which free people must be engaged, in every land and in every age hence— or choose to knowingly abandon our just inheritance. That knowledge is the most palpable legacy of the March on Washington: that we each share in the responsibility to move our nation closer to its ideals; and in so doing, the world.