A few thoughts on VA-07 and Cantor’s primary defeat 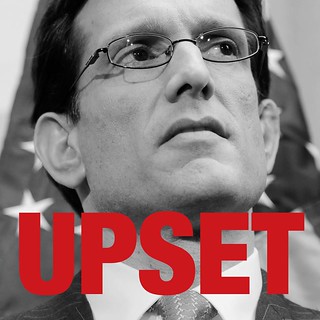 As a VA-07 resident, here I have been blogging and commenting about Eric Cantor, not to mention bugging Lowell every time there has been the slightest challenge to the Congressman, and I spaced on posting this here when I wrote it a few days ago. Well, better late than never.

Here were my immediate thoughts on the VA-07 and Eric Cantor's primary defeat the morning after it happened as originally posted on my blog All Things Education:

Yesterday, David Brat defeated Eric Cantor in the Republican primary election for the congressional seat in Virginia's 7th district. I live in the 7th district. I happen to also be married to a Randolph-Macon college professor--that is where Dave Brat is a college professor and also where Jack Trammell--the Democratic candidate. Because I have statistics homework to finish, I don't have time to put my thoughts together in any sort of cohesive manner. So here they are in all of their in-cohesive glory:

I have long said that Cantor is not popular in his district, just a Republican. Pass the popcorn, indeed. #VA07 #EricCantor — Rachel Levy (@RachelAnneLevy) May 11, 2014

The Virginia legislature is, once again, in session. Here is my take on various education-related bills.

1. SOL (Standards of Learning) Testing Reform Bill: Unfortunately, I can't locate the legislation for this bill (or bills--there are 11), but I couldn't be happier that this legislation is in the works and that it has such wide and bi-partisan support. It's not the end of what should be done to fix Virginia's accountability structure but it's a start. Among other changes, the bill would reduce the number of SOL tests from 34 to 26 and call for more authentic and higher quality assessments. Two caveats:

Virginia's Board of Education has revised its tests so they are more reflective of what students need to know to attend college or begin an entry-level job, said Charles Pyle, a spokesman for the Virginia Education Department.

Many of the state's new online tests include "technology-enhanced items" that require students to think critically and solve problems. The more rigorous tests caused scores to drop around the state.

Greason applauded the work the state has been doing and said the legislature would build on those reforms and codify them.

From what I can tell, the new tests are the same old stuff with some added bells and whistles. The reading test is still a disaster, "technology-enhanced" test items does not a critical thinker make, and these tests are not more rigorous, but are rather more tricky. Merely having twenty-six SOL tests akin to the newer ones is not progress in my book.

Is Bob McDonnell Putting the Institution of Public, Democratic Education in Jeopardy? 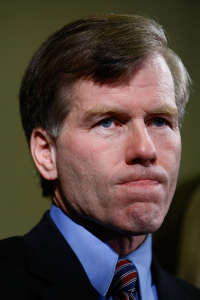 Virginians who value public schools, local control of public schools, and public democratic institutions should be afraid. This may be the beginning of the end. Governor McDonnell proposed legislation SB1324 (which passed, though in the Senate by the skin of its teeth) that established a new bureaucratic entity, a statewide school division named the Opportunity Education Institution (OEI).

According to this post, the OEI would take over schools that were denied accreditation, which is done in accordance with "federal accountability data," also known as standardized test scores. The Institution will be run by a board of gubernatorial appointees, which includes the executive director. There is no guarantee that the board would include any people who know anything about education. The board would contract with non-profits, corporations, or education organizations to operate the schools. Funding for the new bureaucracy would be provided by federal, state, and local taxpayers. The "failing" schools' local governing bodies would be represented on the board in some way, but they would lose decision-making power and would not be able to vote or, from what I can tell, have much meaningful input, besides providing the same share of local funding and being responsible for maintenance of the school building. As for staffing, current faculty at the schools being taken over could apply for a position as a new employee with the OEI or apply for a transfer.

The Virginia Legislature Joins in the GOP’s War on Women

The Republicans (plus two Democrats) in the Virginia Senate have decided to join in the National GOP's war on women. Thursday, the VA Senate will vote on SB924, which just passed the House 67-32. The bill would effectively eliminate access for Virginia's women to clinics that perform first trimester abortions by forcing such clinics to adhere to the same regulations as hospitals do. This, of course, is not necessary as such clinics are already sufficiently regulated.

If this effort seems like it's coming out of nowhere, that's because it is. The amendment was slipped in. According to NARAL Pro-choice Virginia:

A Conversation About the Future of Public Education in Virginia

This has been cross-posted at All Things Education.

Upon prompting from the blog Blue Virginia, on Tuesday evening, December 7th, I journeyed to Richmond's Southside to attend a panel entitled, "A Conversation About the Future of Public Education" co-hosted by The Greater Jefferson Davis Community Association and Policy Diary and featuring Virginia politician George Allen and former Democratic Party of Virginia Chair Paul Goldman.

In his opening and later remarks, George Allen said the two most important services a state government can provide are law enforcement and education and he described his role in establishing the SOLs (Standards of Learning) in Virginia, which he emphasized go beyond the NCLB requirements of reading and math to include science, social studies, and writing. Allen mentioned the importance of innovation (charter schools!), of accountability (high-stakes standardized testing!), and of limiting federal intrusion into education (states' rights!).

Paul Goldman talked about the challenges facing the public education system in Virginia, and particularly in the city of Richmond, where he said the poverty rate is twice that of the state of Mississippi. He also talked about the need for an honest discussion about education, that even though most Virginia schools are accredited and the graduation rate is rising, that the standards have been dumbed down and that high school graduates are not prepared for jobs, for college, or for service in the military. He made reference to Richmond education reporter Chris Dovi's recent article in Richmond Magazine, which I discussed in a prior post. Finally, he railed against the for-profit higher education industry and praised the Obama administration's efforts to reign it in. He also hailed Obama as the strongest ever president on education reform.