Video: “Grotesque Abuse of Power by the President…Kind of Thing That...

lowkell - May 9, 2017 14
Jeffrey Toobin a few minutes ago on James Comey's firing by Donald Trump: "It's a grotesque abuse of power by the President of the...

James Comey Did So Once, Could Trample On Our Democracy Yet...

MarkLevine - May 4, 2017 3
by Del. Mark Levine So to sum up Comey's testimony: he broke decades of law, ethics, and policy; he irrevocably tarred the FBI as a...

Andy Schmookler - March 26, 2017 1
It looks to me increasingly likely that the Trump presidency will end with his removal from office through impeachment (despite the effort of the... 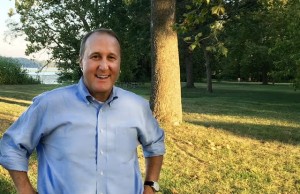 30-Year Federal Prosecutor Who Worked With Comey: Letter “makes him and...

lowkell - October 29, 2016 1
From Gene Rossi, a 30-year federal prosecutor who worked with Jim Comey. Also note that Rossi is running for the Democratic nomination for Lt....

BREAKING: Most Journalists Suck; A Few Do Actual Reporting on FBI...

lowkell - October 28, 2016 10
The corporate media, as it is wont to do, is busy running off half-cocked, writing stuff they know nothing about, mis-reporting a maddeningly cryptic...

lowkell - July 5, 2016 14
This was always a ridiculous, overblown non-"scandal", mostly ginned up by Republicans and kept alive by the corporate media -- even as they spend...

Are We Trying To Incite Terrorism?

Four men are on trial in New York for attempting to bomb Bronx synagogues and shoot down military aircraft. Successful counter-terrorism sting? The prosecutors say so. But what the funding says is that now that they have been targeted, the synagogues are permanent targets. The FBI placed crosshairs on them.

For our intellectually challenged wingnut readers, these four "Muslim conspirators" constitute social jetsam. Any hope of their redemption has now faded to naught. This isn't about them, though what they were before we made them terrorists is instructive. The unintended consequences of this kind of (anti and) counter-terrorism strategy cannot be justified except to legitimize the effort itself by showing "results."

FBI informant Shahed Hussain apparently approached James Cromitie, Onta Williams, David Williams and Laguerre Payen after he heard them discussing their hatred of Jews and a desire to hurt Americans. Hussain, known to the group as "Maqsood," provided the would-be bombers with non-working explosives and stinger missiles, after telling them he was a member of a Pakistani terrorist organization and offering to fund their efforts and supply the materials. He also told them that he would like to hit other targets, like the George Washington Bridge, a large military transport plane, or a synagogue. Until he met them, they were just violent losers. He, on the payroll of the FBI, crafted their terror cell and a terrorist threat.