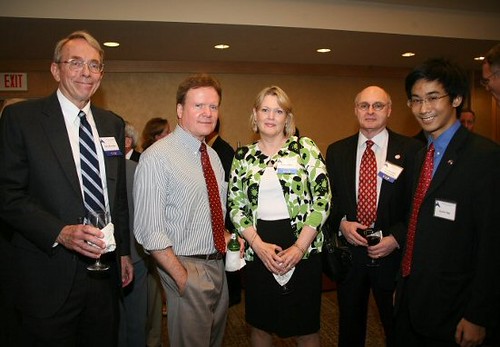 In the following email, former Arlington County Democratic Committee chair Peter Rousselot declares his candidacy for DPVA chair. I couldn't be happier to see this great Virginia Democrat throw his hat in the ring. There are many positive reasons why Peter Rousselot would make an excellent DPVA chair, and I'll discuss them - along with reasons not to vote for the other guy, of course :) - in future posts, but for now let's just start with his statement and move on from there. Go Peter!

Today, I am announcing my candidacy for DPVA Chair. The election for this position will take place at the next DPVA Central Committee meeting on Saturday, December 4, in Newport News.

A number of you have reached out to me and urged me to run for DPVA Chair. You have told me that it is very important to you to have a choice of more than one candidate for whom to vote for DPVA Chair. I am very grateful for your confidence in me. I strongly share your belief in a democratic selection process for our Virginia Democratic Party Chair.

A Rough Week For The Prejudiced

A lot of people just don't get prejudice. They don't know when to let its rationalization lay. But that should not be surprising when they also don't know how to support their arguments; reducing them to mere beliefs. Beliefs require faith and we lost faith in conservatives long ago.

You see, the value of conservatism, and yes, I acknowledge there's value, is that it should help keep us from throwing the baby out with the bathwater. Unfortunately, too many "conservatives" see the water as sublime soup and the baby as a too demanding obligation.

One of the problems with prejudices is that you can dress them up, but you can't take them out. Unfortunately for the Republicans in Virginia Beach, someone or two walked their dog of a prejudice and that has revealed the ugly face of racial animosity subtly harbored within the local leadership. There are no two ways around it and a simple admonition complaining "stop sending those E-mails" ignores the root problem. Despite all the obfuscation and attempts to blame the E-mail on an accident and denials of receipt, the way it works is that you send E-mails to what you have determined to be a like-minded community. And when members of that community fail to distinguish themselves by taking exception, their silence speaks volumes. Not one person who received either E-mail has produced any E-mail that divorces them from like-mindedness.

"As a matter of fact, the point that they made was that Karen Beauchamp hasn't been in a leadership role in the party since 2001. Well I got news for you, Karen Beauchamp was one of the hardest workers we had in the Republican Party, and she was the one who organized the headquarters every single day. And both she and Dave Bartholomew were responsible for Bob McDonnell's success in 2009. It certainly wasn't Kenny Golden; I'll tell you that." - Kenny Golden to Tony Macrini on WNIS 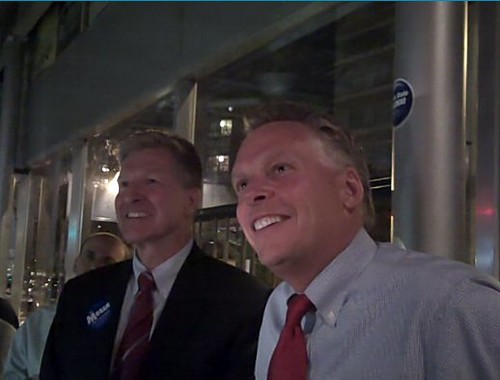 Last night at the Arlington Young Democrats meeting in Ballston, three former statewide candidates for the Democrats - Mike Signer, Brian Moran and Terry McAuliffe - gave GOTV ("get out the vote") pep talks less than 2 weeks before mid-term elections (and prior to the dozens of AYD's taking to the phone banks). The appearance together by Signer, Moran and McAuliffe also was noteworthy in that all three had been mentioned as contenders to succeed Dick Cranwell as chair of the Democratic Party of Virginia. With the quasi-"unity rally" last night, it now appears that Mark Warner's pick for DPVA chair, Brian Moran, will not be seriously opposed for the position. We'll see.  Anyway, here's some video from last night, in order of appearance.  Introducing the speakers is AYDs president Gordon Simonett.  Enjoy.

P.S. I'd also say that it's looking more likely Brian Moran will not be a statewide candidate in 2013.

Before We Coronate Brian Moran…

So, it looks like the fix may be in for Brian Moran as the next DPVA chair. The latest I'm hearing is that our old friend Harris Miller, Brian Moran's boss at the for-profit education association they both work for, has given his thumbs-up to Moran taking the position, and that Moran's inclined to go for it. Moran also reportedly has the blessing of Mark Warner and Tim Kaine. So, done deal, right?  Perhaps, but before Virginia Democrats move in this direction, they really might want to reread this New York Times article and decide if they're comfortable with what they're getting themselves into here.
1...345Page 5 of 5