Reimagining Loudoun: One Glass Container At A Time

Blue Virginia - May 30, 2019 0
By Ibrahim A. Moiz, Sterling In Loudoun County, much of our recyclable materials are not required to be recycled and are being dumped into our...

Replace every trash bin with a new integrated recycling and trash... 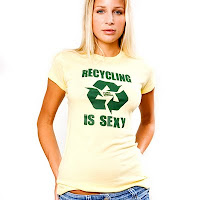 Got an old computer you want to dispose of safely? Eyeglasses with an outdated prescription? Many communities are holding their fall recycling events, collecting a lot more than what they pick up curbside. I rounded up a few near me:To find out if your community is offering a fall recycling event, Google's the best resource. You can also visit the Virginia Dept. of Environmental Quality or see more options at the Environmental Protection Agency's eCycling. 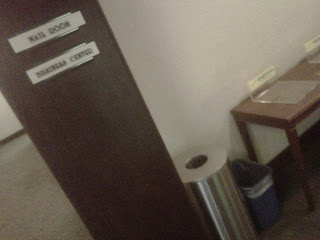 Having grown up in Boston, one of my favorite shows is NPR's Car Talk. Nothing gets Tom & Ray madder than when people call with a critical problem that they've been driving around with for six months. "You've waited six months - and even then you don't take it to a mechanic, you call us? You're lucky you're not lying in a ditch somewhere after your wheel flew off!"

I have a similar issue when people relate their green problems to me. The first thing I say when people tell me about their problems is, "Have you asked your landlord/boss/whoever to address it?" Invariably, they haven't. (Also, I keep trying to get people to write their problems on the back of a $20 bill and send them to The Green Miles Plaza with no luck.)

Roosevelt Towers, my new apartment building in Falls Church, had a trash bin but not a recycling bin in the mail room. Every day the trash bin would be overflowing with junk mail. So I emailed the leasing office to see if they'd consider adding a recycling bin, a small step that would keep hundreds of pounds of paper out of the landfill every month.