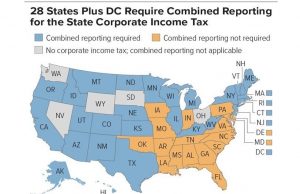 For Virginia, Combined Reporting Is a Key Tool to Limit Corporate...

Blue Virginia - August 16, 2019 0
From the Commonwealth Institute: Combined Reporting: A Key Tool to Limit Corporate Tax Avoidance Next week, the Northam administration will give their annual presentation about the...

The rich rewards of cutting jobs

PROFITS ARE up, so it's time to slash the workforce

Those words are the 1st paragraph of a Boston Globe column by Joan Vennochi, titled as is this piece The rich rewards of cutting jobs

It is a lead-in to an examination that starts with Boston's State Street Corporation, where 1,400 employees, 400 in MA, have lost their jobs at a time when corporate profits were up 20& and operating revenues more than 8%.

necessary to "enhance service excellence and innovation'' and drive "a stronger sense of urgency about getting things done.''

Those scary words reflect the new normal in corporate America.